After 47 years… a win for victims of medical negligence

With the Fairness for Injured Patients Act (FIPA) pending on the ballot in November 2022, there was created at long last an opportunity for a negotiated compromise to revise MICRA. CAOC worked with Nick Rowley and Consumer Watchdog, along with their FIPA coalition and their patient sponsors, to make this a reality.

Nick and I negotiated an agreement in principle in March with the California Medical Association (CMA) and the medical/insurance-industry trade group CAPP to revise MICRA. The agreement raises California’s long-outdated cap on non-economic damages under 1975’s Medical Injury Compensation Reform Act (MICRA). The grueling process of hammering out the legislative language followed over the next several weeks, until we finally were able to get the legislation across the table on April 27.

That bill, Assembly Bill 35 (Reyes/Umberg), moved quickly through the legislature and was signed by Gov. Newsom less than a month after the bill was introduced. Here’s what will happen once the legislation is enacted:

The contingency fee cap goes to 25% if the action is settled prior to the filing of an action and 33% if the recovery occurs thereafter.

The agreement provides for evidentiary protections for medical providers who make statements about their fault prior to litigation.

These changes will have a profoundly positive impact on the lives of medical-malpractice victims and their families. For almost five decades, CAOC leadership has fought, alongside our members and thousands of injured patients, in the pursuit of fair compensation for those whose rights have been violated.

It was not easy to reach this historic agreement. Even before the months of talks that resulted in AB 35, CAOC laid the groundwork for increasing the cap through ongoing legislative efforts. And while Proposition 46 did not win at the ballot box in 2014, it was successful in shining the spotlight on this issue and created significant pressure on the medical community.

Throughout the decades, CAOC CEO Nancy Drabble, and Political Director Lea-Ann Tratten shaped the battle through their strategic leadership. They, along with our patient advocates and allies at Consumer Watchdog, never gave up. Our MICRA Advisory Group of Bruce Brusavich, Chris Dolan, Christine Spagnoli, Doug Saeltzer, Greg Bentley and Niall McCarthy played a critical role in advising on and reviewing proposals that led to this successful compromise. Our amazing CAOC political team of Nancy Peverini, Jacquie Serna and Samantha Helton each contributed significantly to this long-term fight, and Saveena Takhar provided outstanding drafting acumen.

I couldn’t be prouder that this happened because of many working together – the thousands of patients dedicated to this cause, the patient advocates that were part of the FIPA initiative, and the driving forces behind FIPA, Nick Rowley and Consumer Watchdog. As we celebrate this achievement and the lasting impact it will have on access to justice for all Californians, I want to thank everyone who has had a hand in this fight: the financial contributors to FIPA and to Prop. 46, the lobbyists and members who worked on the legislative efforts made in 1997 and 1999, and those who have continued to fight on behalf of injured patients – it took a sustained effort with all of us working together to make this happen!

Updating MICRA is just part of what has made this a great year so far for CAOC. Faced with CAOC’s show of resources, ad campaigns, and support from legislators, the anti-consumer Civil Justice Association of California called off its attempt to put an initiative before voters this year that would have capped your contingency fees at 20 percent. And business groups that proposed a ballot initiative to end the Private Attorneys General Act (PAGA) and take such labor disputes out of the courts have decided not to go forward this year. But we aren’t out of the woods. Both the fee cap initiative and the PAGA initiative are likely to be back in 2024. We are preparing for battle on both.

In addition, our bill to increase California’s long-outdated auto financial responsibility minimums, which have been unchanged since 1967, has led to discussions with the insurance industry. At this writing, we are hopeful that we can reach an agreement to raise those minimums from the current $15,000/ $30,000. California has one of the highest costs of living, yet has the lowest insurance requirements. Increasing these minimums that were set over 55 years ago, would be a huge win for consumers in providing greater protection in the event of an injury.

Thank you to all of you who fight every day on behalf of consumers – keep up the good fight! 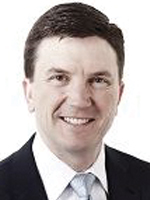 Craig Peters is a trial attorney who has spent his entire career fighting on behalf of those in need. He represents individuals who have been catastrophically injured with life-changing and/or career-changing implications as well as the families of those who have lost a loved one through the negligence of others. Craig is also frequently asked to partner with other attorneys to be trial counsel when a case cannot resolve, including class action lawsuits. Craig has been a finalist for Trial Lawyer of the Year multiple times in San Francisco, Marin, and Consumer Attorney of the Year for the state. He has been invited as a member of the American Board of Trial Advocates (ABOTA), and as a fellow of the International Academy of Trial Lawyers (IATL) and the American College of Trial Lawyers (ACTL). Craig is proud to be the 2022 President of the Consumer Attorneys of California (CAOC).