Toward a more just MICRA

Trial attorneys and the medical/insurance interests quietly reach a momentous deal in Sacramento to end the $250,000 pain and suffering limitation of 1975’s MICRA. A look at how it happened

A deal to rewrite the terms of MICRA was quietly struck in Sacramento on April 27 to modify that terrible law from 1975 that limited non-economic or “pain and suffering” damages to $250,000 for victims of medical malpractice. That cap was frozen in time with no inflation adjustments, and it effectively limited medical-malpractice actions in California to only those cases with large economic damages such as “bad baby” cases. As the years wore on, MICRA made it near impossible for Californians who were maimed or even killed by negligent doctors to seek redress in the courts; few plaintiffs’ attorneys would take malpractice cases because the costs were too high and the contingency fees, with the percentage limited by statute in addition to the unconscionable damages cap, too low.

To say this deal came as a surprise to many in the trial-lawyer community would be an understatement, given that a ballot initiative to revise MICRA had already received enough verified signatures to place it on the ballot in November. That ballot initiative, The Fairness for Injured Patients Act, would have effectively ended the $250,000 cap by adjusting it for inflation, informing jurors of the cap, and allowing judges and juries to decide if it even applied in the case of “catastrophic injuries.” The medical/dental and insurance communities were lining up with big bucks to oppose the initiative. Even Planned Parenthood Affiliates of California was against the ballot initiative, claiming it would raise their malpractice-insurance costs.

The new legislative deal, which flew through both the Assembly and the Senate, was signed by Governor Newsom on May 23. The deal, struck by the parties with the specter of a costly and uncertain ballot initiative hanging over them, raises the MICRA limitation to $350,00 for injuries and $500,000 for wrongful death effective January 1, 2023. In cases where there was more than one medical defendant (e.g., a doctor, the hospital and an ambulance service), the limit would apply to each defendant with a maximum of three caps. So, a single verdict in 2023 could be $1.5 million for death cases or $1.05 million for other injuries resulting from medical negligence.

Beyond 2023, the cap would increase $40,000 to $50,000 each year until in 2033 it reaches $1 million for wrongful death cases, and $750,000 for all other medical negligence cases.  Beyond that, it would be adjusted 2% annually for inflation. The cap on med-mal contingency fees, today effectively 25% on judgments up to $500,000 and 15% on amounts above $600,000, would also be changed (see below).  Interestingly enough, doctors would now be free to apologize to patients and even acknowledge mistakes without their apology being held against them in court.

So how did this legislative miracle, which has the support of both the Consumer Attorneys Association of California and the California Medical Association, come about?

According to Stuart Zanville, the long-time and now former director of CAALA, the credit largely goes to trial lawyer Nicolas Rowley. “Three years ago, Rowley pledged to get MICRA changed, and he put up about $4 million of his own money to get the ballot initiative signatures. It’s an extremely good deal for Californians because it will get more trial lawyers to try medical malpractice cases. It would not have happened without Nick Rowley.”

Jamie Court, the president of Consumer Watchdog, told the Los Angeles Times, “The current political climate is different than in 2014 (the last time a change to MICRA was on the ballot, and lost).” He said stories in The Times detailing the lax punishment of doctors accused of repeated acts of negligence or sexual abuse, along with an increasing awareness of maternal mortality rates, have “raised the public consciousness.”

Here are the pertinent paragraphs of the proposed bill as it pertains to contingency fees:

(1) Twenty-five percent of the dollar amount recovered if the recovery is pursuant to settlement agreement and release of all claims executed by all parties thereto prior to a civil complaint or demand for arbitration being filed.

(2) Thirty-three percent of the dollar amount recovered if the recovery is pursuant to settlement, arbitration, or judgment after a civil complaint or demand for arbitration is filed.

(b) If periodic payments are awarded to the plaintiff pursuant to Section 667.7 of the Code of Civil Procedure, the court shall place a total value on these payments based upon the projected life expectancy of the plaintiff and include this amount in computing the total award from which attorney’s fees are calculated under this section. 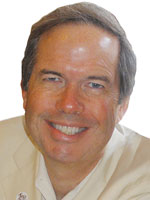 Richard Neubauer is the president of Neubauer and Associates, a magazine publisher based in Oceanside, CA. He is the publisher of Advocate magazine for trial lawyers in Southern California, and Plaintiff magazine for Northern California. The company also publishes JuryVerdictAlert.com, a web-based California jury verdict reporting service. rn@theadvocatemagazine.com.