If a picture is worth a thousand words, a surveillance video is priceless

Obtaining surveillance video footage of your client’s fall can make or break your premises-liability case. Surveillance- video footage will potentially serve as the best witness to your client’s injury-causing event, providing powerful visual testimony. Witnesses, including your client, will forget the minute details your case depends on – a video will not.

The preservation-of-evidence letter should specify a time period before and after the subject event in order to obtain as much evidence as possible to support your liability position. At minimum try to obtain an hour prior before the event. This additional footage may include the cause of the event and any notice the tortfeasor may have had prior to the event.

Just as important is footage from the aftermath of the event. Any actions by your client, employees of the defendant and third parties may reveal key evidence for your case.

While the defendant may have surveillance-video footage, whether the defendant will provide the video before filing the lawsuit is arbitrary. Typically, if the surveillance video supports your claim, expect to file a lawsuit and propound discovery to obtain the video.

Your demand for production for the video should specify that the raw footage, including unedited copies of the surveillance video, should be produced. Like your preservation-of-evidence letter, the demand should include significant, but reasonable, time before and after the event and include all surveillance video from other parts of the premises.

As soon as the video is produced, verify that the defendant has not edited the footage produced. Even if the surveillance video is not produced in response to your production, in response to your demand, the defendant must specify if the surveillance video never existed, has been destroyed, lost, misplaced, or stolen, or has never been, or is no longer, in the possession, custody, or control of the responding party. (Code Civ. Proc., § 2031.230.)

If the defendant’s response is not in compliance with the Code, continue to meet and confer and file a motion to compel if necessary. Defendant’s response may state that the surveillance video was destroyed or lost. You can now the response to support your willful-suppression-of-evidence jury instruction at trial.

The details of the surveillance video should also be obtained through California Judicial Council Form Interrogatory No. 12.4 (“Do you know or does anyone acting on your behalf know of any photographs, films, or videotapes depicting any place, object, or individual concerning the Incident or plaintiff’s injuries”) and full responses to the subparts including the details of surveillance video, how many videos, and who has copies.

If produced, the defendant’s PMQ will authenticate the video surveillance and lay foundation at time of trial. The deponent may also testify to the defendant’s policies and procedures in retaining and preserving video following an incident. If the policies and procedures are not followed in your case and the surveillance video is not produced, this provides additional support for a willful suppression of evidence instruction at trial.

California Civil Instruction No. 204, Willful Suppression of Evidence, states that the jury “may consider whether one party intentionally concealed or destroyed evidence. If you decide that a party did so, you may decide that the evidence would have been unfavorable to that party.”

The court has provided that this instruction should be given only if there is evidence of suppression. (In re Estate of Moore (1919) 180 Cal. 570, 585; Sprague v. Equifax, Inc. (1985) 166 Cal.App.3d 1012, 1051; County of Contra Costa v. Nulty (1965) 237 Cal.App.2d 593, 598.) If there is evidence that a party improperly altered evidence (as opposed to concealing or destroying it), users should consider modifying this instruction to account for that circumstance. In Cedars-Sinai Medical Center v. Superior Court (1998) 18 Cal.4th 1, 12, a case concerning the tort of intentional spoliation of evidence, the Supreme Court observed that trial courts are free to adapt standard jury instructions on willful suppression to fit the circumstances of the case, “including the egregiousness of the spoliation and the strength and nature of the inference arising from the spoliation.”

If the surveillance video is destroyed, lost, and/or “misplaced” by the defendant during discovery, be sure to compile written support in the form of correspondence, discovery, and depositions, for the court to include Willful Suppression of Evidence as a jury instruction. The defendant will oppose the jury instruction and a pocket brief documenting malfeasance by Defendant will help sway the court.

The rise of the protective order

Protective orders are warranted when the “burden, expense, or intrusiveness of that discovery clearly outweighs the likelihood that the information sought will lead to the discovery of admissible evidence.” (Code Civ. Proc., § 2017.020, subd. (a).) The court may also limit discovery if “cumulative or duplicative or is obtainable from some other source that is more convenient, less burdensome, or less expensive” or “is unduly burdensome or expensive, taking into account the needs of the case, the amount in controversy, and the importance of the issues at stake in the litigation.” (Code Civ. Proc., § 2019.030, subd. (a).)

Protective orders are used in litigation to protect proprietary or confidential information from being disseminated to the public. The burden falls squarely on the defendant to prove that the surveillance video contains confidential and proprietary information necessitating the protective order. “[A] party has the burden of proof as to each fact the existence or nonexistence of which is essential to the claim for relief or defense that he is asserting.” (Evid. Code, § 500.)

The Supreme Court has recognized that the burden of proving that certain information is a trade secret rests on the party who is claiming the information as such. (In re Providian Credit Card Cases (2002) 96 Cal.App.4th 292, 301.) Likewise, that same party who is asserting the existence of trade secrets bears the burden of overcoming the presumption in favor of public access. (Ibid.)

Tread carefully before agreeing to any protective order, although these orders are quickly becoming a necessity to obtain a surveillance video.

I have the surveillance video, now what?

If you are lucky enough to obtain the surveillance video, it can be used throughout discovery, through settlement, and then trial. Use the surveillance video to gather evidence and verify both your client’s and the defendant’s versions of the events. The video may show what caused your client’s fall, leading to additional discovery opportunities. Follow up with a notice of inspection for the premises if a permanent hazard or the object itself caused the fall. If the defendant no longer has that specific object, for instance a rug, then where did the defendant obtain the object so you may obtain exemplars for your expert?

The mechanics of your client’s fall will, hopefully, be shown on the video. Ideally, you will have the video before your client’s deposition to review with her or him prior to their testimony. Did your client slip or trip? What body part struck the ground first? Where was your client looking prior to the fall? What shoes were your client wearing at the time? This will also be valuable evidence for any of your experts, both liability and damages.

The video may identify potential witnesses, like a store employee or third-party witness who was not identified in the incident report. Surveillance video also may verify any interactions following the fall. Did an employee clean a substance from the floor? Did your client point out the spill to an employee? Did the employee actually have your client help complete the incident report? Defense witnesses and their memories fade quickly but can be refreshed through surveillance video.

Premises-liability cases are notoriously difficult cases that typically require hard-fought litigation in order to be successful. The surveillance video of your client’s fall will be the key to unlocking a trove of evidence that will tip the scales of the burden of proof in your favor. On the other hand, it may also help you avoid spending time and energy on a case that becomes a bottomless pit of resources. Early action on premises liability is vital to obtaining the surveillance video and a successful outcome. 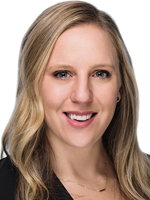 Megan E. Klein is an associate attorney at BD&J in Beverly Hills. She litigates catastrophic personal injury, premises liability, and wrongful death cases. She attended Tulane University School of Law (2010) for her J.D. and University of California, Berkeley (2004) for her B.A. in Political Economics. mek@bhattorneys.com.