Premises cases have a number of common pitfalls every lawyer needs to avoid in order to maximize recovery for their client. There are a variety of different scenarios where you have a client get injured at a location, but the business, or property is, in fact, owned by someone else. Some examples may include where a renter of a house is being sued for a defect on the property, but the landowner is also a viable defendant, or your client falls at a business such as a restaurant or convenience store and there appears to be good liability, but one must also examine the landowner’s liability, and as more specifically addressed below, the landowner’s nondelegable duties. Nondelegable landowner duties are also a common theme in construction cases with independent contractors, which usually involve multiple parties.

It is a well-known legal concept that a nondelegable duty is an obligation that cannot be passed on to another party by a contract. This prevents a party from “contracting out” of the obligation or duty of care that belongs to the party by operation of law. Nondelegable duties exist to ensure that when negligence occurs and someone is harmed as a result of the negligence, the injured party can be fairly compensated. The “buck stops here” with the landowner.

Let’s say you have a client who falls at a restaurant on the way to the bathroom and has a skull fracture with a traumatic brain injury. The hallway in the bathroom is dark and has three steps up and down to get to the restroom. Let’s say the floor was even slippery from being damp or wet, as well as being generally unclean with debris. One would, of course, look to the restaurant for issues pertaining to the wet floor, the low lighting, lack of warnings, cleanliness, as well as code compliance on the stair rise and run, “nonskid strips”, and lack of handrail.

The restaurant, which leases the property, may well be liable for each aspect listed above, but what about the landowner? The landowner can be liable for their own negligence in some cases, but generally they are additionally liable for nondelegable duties. With the addition of the landowner, you now have an additional pool of insurance to help your client get a fair recovery.

Often, these defendants will point the finger at the other to save a buck. Sometimes they both work against you, but the extra work it creates is usually fruitful in the long run, especially when more serious injuries are being dealt with in the case. And in this scenario, if the restaurant only has a $1 million insurance policy, the landowner’s own insurance policy money is critical. Now, let’s add a third defendant into the discussion: a separate cleaning company who placed a throw rug outside the bathroom, which may have also contributed to the fall. This leads to a Prop 51 argument by defense – more on this later.

A nondelegable duty is a definitive, affirmative duty imposed by law, by relationship with others, and it is a duty which one cannot escape by entrusting it to an independent contractor. A nondelegable duty may also “arise when a statute or regulation requires a specific safeguard or precaution to ensure others’ safety.” (Evard v. Southern California Edison (2007) 153 Cal.App.4th 137, 146.)

“A nondelegable duty operates, not as a substitute for liability based upon negligence, but to assure when a negligently caused harm occurs, the injured party will be compensated by the person whose activity caused the harm and who may therefore properly be held liable for the negligence of his agent, whether his agent was an employee or an independent contractor. The characterization of the duty as nondelegable is thus a shorthand way of saying that the responsible party cannot escape liability altogether by delegating this duty to someone else.” (Ruiz v. Herman Weissken Inc. (2005) 130 Cal.App.4th 52, 63.)

Even if the restaurant is operating their business out of the building, the landowner in the above example is still potentially responsible for issues with lighting, the stairs, the handrails and the layout of the building. These duties may arise by a code violation with the stairs or handrails or even the lighting. The landowner cannot say they are “off the hook” because the restaurant was leasing the property or running their business there, and therefore it is the restaurant’s fault, etc. The concept of nondelegable duty prevents the landlord from escaping liability.

There are several CACI jury instructions in this area that can be instructive and help to guide how you prepare your case and identify nondelegable duties. For example, premises liability jury instruction CACI 1001, “Basic Duty of Care” states that “A person who owns/leases/occupies/controls property is negligent if he or she fails to use reasonable care to keep the property in a reasonably safe condition. A person who owns/leases/occupies/controls property must use reasonable care to discover any unsafe conditions and to repair, replace or give adequate warning of anything that could be reasonably expected to harm others.”

The instruction goes on to tell jurors that “[i]n deciding whether [landowner] used reasonable care, you may consider, among other factors:

The location of the property;

The likelihood that someone would come on the property in the same manner as [Plaintiff];

The likelihood of harm;

The probable seriousness of such harm;

Whether [landowner] knew or should have known of the condition that created the harm;

The difficulty of protecting against the risk of harm;

The extent of [the landowner’s] control over the condition that created the harm.”

The use notes below this instruction go on to explain that “[u]nder the doctrine of nondelegable duty, a property owner cannot escape liability for failure to maintain property in a safe condition by delegating the duty to an independent contractor. (Brown v. George Pepperdine Foundation (1943) 23 Cal.2d 256, 260).”

Vicarious liability jury instruction CACI 3713, “Nondelegable Duty” is another instruction that may be helpful depending on the facts of your case. Its use notes tell lawyers to use the instruction “with regard to the liability of the hirer for the torts of an independent contractor if a nondelegable duty is imposed on the hirer by statute, regulation, ordinance, contract, or common law. (See Barry v. Raskov (1991) 232 Cal.App.3d 447, 455.)”

This instruction recognizes that “[i]f an independent contractor, no matter how carefully selected, is employed to perform it, the possessor of is answerable for the harm caused by the negligent failure of his contractor to put or maintain the buildings and structures in a reasonably safe condition.” (CACI 3713, citing Srithong v. Total Investment Co. (1994) 23 Cal.App.4th 721, 727.)

Liability experts in the area of nondelegable duties can help you figure out what duties a landowner may have that could expose them to liability. A good expert is an authority on safety for both the lawyer and the jury. I believe it is best practice to get an expert retained early in the case so that you have them available to help prepare your discovery and the case, educate you on nuances of the case, and to explain it all to the jury if the case goes all the way to trial. Such things as the necessity of having a handrail, or stair size and design, are subject to Building Code standards that could result in a finding by the jury that the landowner violated their nondelegable duty to maintain the property in a reasonably safe condition. These experts can point out problems the layperson, or lay-lawyer, may never see absent their expertise.

Under a joint and several liability paradigm, which is the rule of law in California, each tortfeasor is 100 percent liable for all awarded damages. So even a one percent at-fault defendant would be responsible for paying the entire judgment if other tortfeasors are not financially viable. In cases in which Prop 51 applies, each defendant’s liability for noneconomic damages is several only, meaning in direct proportion to each tortfeasor’s percentage of fault.

But it is important to note that landowners are not subject to Prop 51 when the liability is imputed to them under a nondelegable duty. The landowner is responsible for all damages, both economic and noneconomic.

This fact obviously leads to the landowner with nondelegable duties contributing to settlements which help cases resolve prior to verdict. And with multiple parties both 100 percent responsible for all damages, they may feel they are getting a deal when the other side is contributing as well. There may be subrogation issues between those parties later in the ligation based on the contractual rights between them, but that is not usually an issue for our plaintiff, as this fight occurs after our client’s case is resolved.

It can be extremely beneficial to explore the nondelegable duties of a landowner in any premises case, big or small. The law works to ultimately hold a landowner 100 percent liable for all damages that result for liability emanating from a nondelegable duty, like land ownership. It seems an easy concept for jurors and adjusters that “the buck stops” with the landowner. This concept helps get your premises cases resolved for your clients. 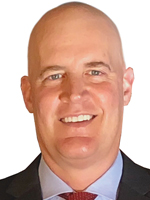 Gene Sullivan of Sullivan & Sullivan, in the South Bay, has built a reputation over 20 years as a fierce litigator, winning multiple 7-figure verdicts. He specializes in serious injury and death cases with a special interest in motorcycle accidents.