Could your client be eligible? What it is and how to apply

As an immigration-defense practitioner, on a daily basis I consult with non-U.S. citizens who seek to legalize their status in the United States. One of the most challenging parts of my job is informing individuals that they do not qualify for immigration relief – perhaps they have a prior removal order, criminal history, or there is simply no avenue for relief under our complex and harsh immigration laws. However, at the conclusion of every consultation I always ask a very important question: Have you ever been a victim of a crime? For some, this may offer a glimmer of hope – a U nonimmigrant status visa (“U visa”).

So, what exactly is a U visa? The U visa is set aside for victims of certain crimes who have suffered mental or physical abuse and who are or were helpful to law enforcement or government officials in the investigation or prosecution of the criminal activity. Congress created the U visa in 2000, with the passage of the Victims of Trafficking and Violence Protection Act. It was intended to strengthen the ability of law enforcement agencies to investigate crimes while also protecting victims who are willing to cooperate with the investigation and/or prosecution of the criminal activity.

The first step in assessing whether a potential client is U visa eligible is to inquire whether they have been a victim of a crime and, if so, whether they reported the crime to law enforcement and cooperated during the investigation of the crime. If the individual was a victim of a crime but failed to report it to the authorities, they are not eligible to apply for a U visa.

The U visa application requires law enforcement (or another certifying agency) to complete paperwork certifying the applicant was a victim of the crime and was helpful in the investigation of the criminal activity or in the prosecution of the crime. Unfortunately, I often interview potential clients who have been victims of crimes but who did not report the criminal activity, often because they feared they themselves would face legal repercussions due to their unlawful status in the country.

If your potential client asserts they were a victim of a crime and they did report the activity to the authorities, the next issue is ascertaining what the crime(s) were.

To qualify for the U visa, the criminal activity must be one of the following:

The “waiver of inadmissibility”

The benefit of being eligible to apply for a U visa is that an applicant can concurrently file a “waiver of inadmissibility.” The waiver application is needed to excuse any potential inadmissibility issues, such as entry without inspection, overstaying a visa, prior deportation orders, past criminal convictions, and more. This is crucial, as many individuals who are ineligible to legalize their immigration status because of their past immigration or criminal history do have the opportunity to seek a U visa and have their inadmissibility issues waived. Note there is a $930-fee for the waiver application.

So, how does one go about applying for a U visa? The first step is obtaining the U visa certification from the proper authority. The certification form is a five-page document that must be completed and signed by the law enforcement agency, prosecutor, or a judge or the Department of Child and Family Services. The certifying agency depends on the crime in question.

Keep in mind that without the certification, an individual is ineligible to apply for the U visa. In some instances, the certifying official may decline to certify a request if they determine the individual was unwilling to cooperate in the investigation of the crime.

The certification form is only valid for six months. This means the application must be received by the United States Citizenship and Immigration Services (USCIS) within the six months after the certification was signed.

The U visa application form is an 11-page document that must be completed and signed by the applicant. The applicant must include evidence they suffered substantial physical or mental abuse, evidence they possess information concerning the criminal activity and that the crime violated United States law or occurred in the United States. Evidence of being helpful or having helped in the investigation or prosecution of the crime, and a personal statement is also required. These requirements can be met with the submission of copies of police reports, court minute orders, witness letters, medical records, etc.

Finally, do not overlook the waiver of inadmissibility application. While there is no fee for the U visa application, there is a $930-fee for the waiver application. However, a fee waiver is available for those who qualify. Applicants who file a fee-waiver application must also submit supporting documents to demonstrate why a favorable adjudication of their waiver of admissibility is warranted. This can include a personal declaration, evidence of strong family ties to the U.S., evidence of rehabilitation, letters of support, etc. A waiver application must be submitted for each qualifying family member if applicable.

The completed applications are submitted to USCIS for adjudication. Unfortunately, the processing timeframe for adjudication is extremely long. At the time of the writing of this article, USCIS reports a 61.5-month processing timeframe – over five years! Last year, USCIS announced it would exercise its statutory authority to grant work permits to applicants with a pending bona fide petition for U nonimmigrant status. This is good news to U visa applicants while they wait for final adjudication of their case.

Victims of crimes are so often neglected, but a U visa presents an opportunity for redemption. Practitioners should always screen their clients for U visa eligibility so that both direct and indirect victims may obtain legal status in the United States. 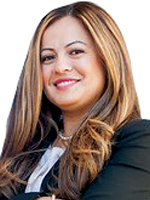 Elizabeth P. Uribe is a founding partner at Uribe and Uribe, A Professional Law Corporation, an immigration defense and post-conviction relief law firm located in South Pasadena. She obtained her B.A. from UCLA and her JD from UC Hastings College of the Law.