This article concentrates on the appointment, duties, and payment of a stipulated temporary judge, who is a court-appointed California State Bar-licensed attorney to hear a matter as a private judge in a semi-private setting. (Cal. Rules of Court, rules 2.830-2.834.) Although discussed, this article does not concentrate on a temporary judge who sits in a court on the assignment of the presiding judge in traffic, small claims, and other subject- matter courts. (Cal. Rules of Court, rules 2.810 through 2.819.) [Reference to the California Rules of Court is sometimes stated within this article as “rule.”]

Note that the California Style Manual, Fourth Edition, section 5.31, states that the designation of a temporary judge sitting by stipulation of the parties is to be designated on the pleadings as “Temporary Judge” (not “judge pro tem” or “judge pro tempore”) followed by the parenthetical notation: “(Pursuant to Cal. Const., art. VI, § 21).”

Distinguishing a temporary judge from a general reference referee and arbitrator

The stipulated temporary judge’s oath: A stipulated temporary judge is required to take an oath of office. (Cal. Rules of Court, rule 2.831, subd. (b) and Cal. Const., art.VI, § 21.) Whereas general reference referees and arbitrators have no statutory duty to take an oath. (See Old Republic Ins. Co. v. St. Paul Fire & Marine Ins. Co, (1996) 45 Cal.App.4th 631, 636. Also see Kajima Engineering and Construction, Inc. v. Pacific Bell (2002) 103 Cal.App.4th 1397.) Once a stipulated temporary judge takes the oath of office, he or she has the same authority as a sitting superior court judge. They are both bound by the same rules of evidence, procedures, and disclosures. The oath is administered by a judge or court clerk at the time of appointment.

Power of a stipulated temporary judge to enter judgment and post-judgment orders: “Temporary judges, during the term of their appointment, are superior court judges, just like a regular sitting judge.” (See In re Marriage of Assemi (1994) 7 Cal.4th 896, 908.) Arbitrators and general reference referees have no such power.

Post-judgment: A stipulated temporary judge can inform the court clerk to enter a judgment and has the power to hear and rule on post-judgment motions, such as a motion to vacate the judgment. General reference referees and arbitrators have no such powers. The temporary judge is empowered to render an appealable decision in the same manner as a regular judge. (See In re Marriage of Assemi (1994) 7 Cal.4th 896, 908.)

Arbitrators distinguished: An arbitrator appointed in compliance with a pre-dispute arbitration agreement under the scheme of the California Arbitration Act (Code Civ. Proc., § 1280 et seq.) differs from a stipulated temporary judge. The arbitration proceeding is not governed by rules of evidence or judicial procedures applicable to superior court trials. The arbitrator issues an award rather than a final appealable judgment, and a party must petition the court to confirm, correct, or vacate the arbitration award. Additionally, an arbitrator has broad and conclusive powers, and an arbitrator’s decisions are generally not reviewable for errors of law or fact. (See In re Marriage of Assemi (1994) 7 Cal.4th 896, 908.)

Constitutional authorization for appointment of a stipulated temporary judge

On stipulation of the parties litigant the court may order a cause to be tried by a temporary judge who is a member of the State Bar, sworn and empowered to act until final determination of the cause.

Types of cases heard by a stipulated temporary judge

Although most stipulated temporary judges are selected to hear family-law cases, the constitutional provision does not limit the type of case that a stipulated private judge can hear. For example, see the unpublished case of Nydrle v. Willems 2013 WL 4047134, where the claim involved vintage automobiles. Also, note that JAMS advertises its temporary judges are available to hear healthcare, insurance, personal injury, employment disputes, and other matters. Jury trials conducted by an appointed temporary judge appear to be within a temporary judge’s broad powers, although this writer has found no authority.

Temporary judges requested by the parties

Appointment by written stipulation of the parties. The stipulation must be written and state the name and office address of the “member of the State Bar” agreed upon to be the private temporary judge. (Rule 2.831(a).)

Approval of the stipulated appointment: The parties request the appointment by submitting a stipulation and proposed order to the presiding judge or a judge designated by the presiding judge. The order is signed by the judge and filed with the court. (Rule 2.831(a) & (b).) (For an example of a stipulation form for the appointment of a temporary judge, see Los Angeles County Superior Court form entitled “Stipulation and Order for Appointment of Privately Compensated Temporary Judge.” (LASC FAM 200, New 05/20.) Also, some ADR providers, such as ARC, have boilerplate forms.)

Executed signature requirements: To qualify as a temporary judge, the appointee is required to take an oath of office (Cal. Const., art. XX, § 3.), certify awareness of and compliance with canon 6 of the Code of Judicial Ethics, and certify awareness and compliance with applicable provisions of the California Rules of Court. (Rule 2.831(b).) (For an example of a stipulation form for the appointment of a temporary judge, see Los Angeles County Superior Court form entitled “Stipulation and Order for Appointment of Privately Compensated Temporary Judge.” (LASC FAM 200, New 05/20).)

Five-day disclosure rule: An appointed temporary judge has five days to disclose to the parties any prior dealings with any party or make disclosure of such dealings “as soon as practical.” (Rule 2.831(d).) (See Jolie v. Superior Court (Pitt) (2021) 66 Cal.App.5th 1025, review denied, for interpretation and application of the disclosure rules.)

Authority and power of a temporary judge

There are two exceptions to a stipulated temporary judge’s powers that require superior court action. They are (a) motion or application to seal records and (b) motion for leave to file a complaint for intervention. (Rule 2.835.)

In 2006, the Judicial Council created the following rule: “The parties may not compensate a temporary judge selected by the parties unless the parties agree in writing on a rate of compensation that they will pay.” (Rule 2.832.) (Emphasis added.)

Ethical standards for stipulated temporary judges are set forth in the California Code of Judicial Ethics, canon 6(D). (https://www.courts.ca.gov/documents/ca_code_judicial_ethics.pdf) and Code of Civil Procedure sections 170.1 and 170.3. These ethical standards also apply to referees appointed under Code of Civil Procedure sections 638 and 639. (Ethical rules for general referees are discussed in this author’s September 2021 Advocate article, entitled “Discovery referee appointments.”)

Code of Judicial Ethics, canon 6(D), however, has no application to privately compensated neutral arbitrators. These arbitrators are separately governed by Code of Civil Procedure section 1281.85, subdivision (a) and the Ethical Standards for Neutral Arbitrators in Contractual Arbitration. (https://www.courts.ca.gov/cms/rules/index.cfm?title=ethics) For a discussion of neutral arbitrator ethical rules, see Roussos v. Roussos (2021) 60 Cal.App.5th 962, 971 and Honeycutt v. JPMorgan Chase Bank, N.A. (2018) 25 Cal.App.5th 909.

An appointed temporary judge’s failure to make mandatory disclosures of prior professional relationships with a party’s counsel “might cause an objective person” aware of all of the facts, reasonably to entertain a doubt as to the impartiality of the chosen temporary judge. (See Jolie v. Superior Court (Pitt) (2021) 66 Cal.App.5th 1025, 1032, review denied.)

Stipulating to an attorney to sit as a private temporary judge, with all the powers of a superior court judge, has appeal to parties waiting for a trial court assignment or parties wishing for a degree of privacy. The temporary judge retention is another ADR procedure for resolving cases.

If the rules are correctly followed, the appointed attorney can decide all issues, including post-judgment issues, in a setting not at the courthouse. At first blush, one would think such trials are in an exclusive setting; the public, however, is allowed (but unlikely to appear) to attend the proceedings under rule 2.834. 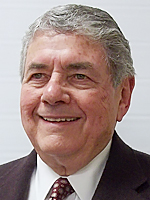 Michael Fields has lectured and written on arbitration law and procedures for over 25 years. He retired from the active practice of law after a 47-year career as a plaintiff’s personal injury trial attorney. He remains a licensed member of the California State Bar. Mr. Fields was the 2003 CAALA president, and he was the 2015 recipient of CAALA’s Ted Horn Memorial Award for his many contributions to the profession.He can be contacted at msflb@aol.com.