Attorney-fee disputes with clients can take many forms. An hourly client may stop paying invoices. A contingency client may contest the attorney’s entitlement to a fee. Often, fee disputes arise in connection with allegations of legal malpractice and breach of fiduciary duties. Regardless of the nature of the dispute, however, there is one prerequisite to an attorney filing a lawsuit or initiating private arbitration to collect legal fees: offering the client the option of participating in the State Bar’s mandatory fee arbitration program.

The purpose of the arbitration program is to alleviate the disparity in bargaining power inherent to fee disputes by providing an inexpensive remedy to the client. (Huang v. Cheng (1998) 66 Cal.App.4th 1230, 1234.) This article outlines the mechanics of the program and discusses the advantages and disadvantages of participating in a mandatory fee arbitration.

The Mandatory Fee Arbitration Act (“MFAA”) is codified in sections 6200 through 6206 of the Business and Professions Code. The MFAA directs the State Bar to establish and maintain a system for arbitration of attorney-client fee or cost disputes. (Bus. & Prof. Code § 6200, subd. (a).) The State Bar is also authorized to establish a system for mediating fee or cost disputes. (Ibid.) The arbitration and mediation systems are sponsored by local bar associations, charged with promulgating rules of procedure, subject to State Bar approval, that are designed to provide a fair, impartial, and speedy hearing and award. (Id. § 6200(d).)

Participation in MFAA arbitration is voluntary for the client but mandatory for the attorney if the client so elects. (Id. § 6200(c).) The MFAA, however, does not apply to fee disputes with attorneys licensed in another jurisdiction, provided the attorney does not maintain an office in California, and a material portion of the services were not rendered in California. (Id. § 6200(b).) Nor does the MFAA apply to claims for affirmative relief against the attorney based on alleged malpractice or to disputes where the fee is set by statute or court order. (Ibid.)

Mechanics of the attorney fee arbitration

Following receipt of the MFAA notice, the former client may elect to participate in MFAA arbitration by filing and serving a request for arbitration and paying the filing fee or obtaining a fee waiver. (Id. § 6201, subd. (b); State Bar R. 3.534, 3.535; LACBA R. 13.) Doing so automatically stays the action (or tolls the limitations period for contract and malpractice claims if no action has been filed) until the arbitrator issues an award, the arbitration terminates, or the court determines the matter is not appropriate for MFAA arbitration. (Id. §§ 6201(c), 6206; Code Civ. Proc., § 340.6, subd. (a)(5).); see also Soni v. SimpleLayers, Inc. (2019) 42 Cal.App.5th 1071, 1091 [holding that tolling provisions of section 6206 do not affect date award becomes binding].) On the other hand, a client waives the right to MFAA arbitration either by failing to request the same within 30 days of receiving notice of the right to arbitration or by filing a responsive pleading in the action. (Bus. & Prof. Code, § 6201, subds. (a)-(b).) Similarly, the right to fee arbitration is waived if the client seeks judicial resolution of the fee dispute or seeks affirmative relief for damages against the attorney based on alleged malpractice. (Id. § 6201, subd. (d).)

The client has the option of selecting whether the arbitrator is an attorney whose area of practice is either civil law or criminal law. (Id. § 6200, subd. (e).) Additionally, an arbitration panel of three members must include one lay person. (Ibid.) Once an arbitrator is assigned, a party may request one disqualification without cause and an unlimited number of disqualifications for cause. (Id. § 6204.5, subd. (a); State Bar R. 3.537.)

Prior to the arbitration, the arbitrator is authorized to issue subpoenas compelling the attendance of witnesses and production of documents at the hearing. (Bus. & Prof. Code, § 6200, subd. (g).) At the hearing, the arbitrator is further authorized to take and hear evidence and administer oaths and affirmations. (Ibid.) Evidence relating to claims of malpractice, however, is admissible “only to the extent that those claims bear upon the fees, costs, or both, to which the attorney is entitled.” (Id. § 6203(b).) Disclosure of relevant privileged communications or work product is permitted, but that disclosure does not operate as a waiver for any other purpose. (Id. § 6202.)

Following the hearing, the arbitrator must issue a written award that includes a determination of the questions in controversy. (Bus. & Prof. Code,  § 6203, subd. (a).) The award may not include the prevailing party’s fees and costs, even if there is a contract between the parties with a prevailing party fee-shifting provision. (Ibid.) Nor may the award include damages or an offset based on malpractice claims. (Ibid.) But the award may include a refund to the client of unearned fees or costs previously paid to the attorney. (Ibid.)

The parties can agree to be bound by the award any time after the fee dispute arises. (Id. § 6204, subd. (a).) If the parties have not so agreed, the award becomes binding 30 days after service unless a party requests a trial de novo. (Id. § 6203, subd. (b).) A party may file a petition to confirm, correct, or vacate the award in the court where the original action is pending or, if no action was pending, in a court of competent jurisdiction. (Ibid.)

In confirming, correcting, or vacating an award, the court may award fees and costs incurred in obtaining a judgment confirming, correcting, or vacating the award (but not fees incurred in the MFAA arbitration). (Id. § 6203, subd. (c).) An attorney who fails to comply with a binding award (or judgment thereon) refunding fees to the client will be placed on involuntary inactive status by the State Bar and may be subject to monetary penalties. (Id. § 6203, subd. (d).)

Absent an agreement to be bound by the award, a party has 30 days to request a trial de novo. (Id. § 6204, subd. (a).) A party that willfully fails to appear at the arbitration hearing, however, forfeits the right to request such a trial. (Ibid.) If there is already an action pending, the party requesting a trial files a rejection of arbitration award in that proceeding, which automatically vacates the stay. (Id. § 6204, subd. (b).) The defendants in that action thereafter have 30 days to file a responsive pleading. (Ibid.) If there is not already an action pending, the party requesting a trial commences a new action in a court having jurisdiction over the amount in controversy. (Id. § 6204(c).) Where the parties have a valid pre-dispute contractual arbitration agreement, the matter may be compelled to private arbitration. (Schatz v. Allen Matkins Leck Gamble & Mallory LLP (2009) 45 Cal.4th 557, 572.)

The court may award reasonable attorney fees and costs incurred in the trial de novo to the prevailing party. (Ibid.) In so doing, the court must consider the arbitrators’ determination and any other relevant evidence. (Ibid.)

In all other respects, the award and determinations of the arbitrators are neither admissible nor operate as collateral estoppel or res judicata in any other action or proceeding. (Id. § 6204(e).) Thus, a client may file a subsequent lawsuit based on the same conduct that was the basis of the fee dispute but cannot recover as damages the fee that was awarded to the attorney. (Liska v. The Arns Law Firm (2004) 117 Cal.App.4th 275, 287.)

The logic of mandatory fee arbitration

Second, mandatory fee arbitration is less costly than private arbitration. It is also likely to cost less than a lawsuit, particularly if the parties are unrepresented. Under the LACBA program, the initial filing fee is between five and seven percent of the amount in controversy (LACBA R. 14.). The arbitrator does not bill for time unless the hearing exceeds four hours. For over four hours, the hourly rate is $175. (LACBA R. 42.) Additionally, the lack of discovery eliminates court reporting and expert costs. (LACBA R. 32.)

Lastly, if there is an attorney fee-shifting provision in the retainer agreement, mandatory fee arbitration removes the risk of either party getting hit with a sizeable prevailing party fee award. Prevailing party attorney fees cannot be awarded in a mandatory fee arbitration, other than fees incurred to confirm, correct, or vacate an award or incurred in a trial de novo. (Bus. & Prof. Code, §§ 6203, subd. (c), 6204, subd. (d).)

From the attorney’s perspective, mandatory fee arbitration offers additional advantages. Affirmative relief (other than a fee refund) cannot be awarded against the attorney, and malpractice evidence is admissible only if relevant to determining the fee to which the attorney is entitled. (Id. § 6203, subds. (a)-(b).) This reduces the attorney’s potential exposure and decreases the likelihood of having to tender a potential claim to their malpractice carrier. Next, the fee dispute will be decided by professionals with expertise in legal billing rather than laypersons on a jury. If the attorney has a legitimate entitlement to the disputed fee, that increases the prospects of a favorable award.

Conversely, an unfavorable award issued by an attorney-arbitrator may persuade the attorney that it is not in their interest to have the particular dispute resolved by a jury following costly litigation. Finally, in fee arbitrations, neither party can conduct discovery. This uniquely advantages the attorney, who already possesses the only documents needed to prove the disputed fee (e.g., retainer agreement and billing invoices).

From the client’s perspective, electing to participate in mandatory fee arbitration is generally advantageous if the amount in controversy is low. This is so because the client need not retain an attorney for representation in the expedited and informal proceeding. Hence, mandatory fee arbitration allows the client to resolve disputes over an amount that does not warrant the costs of hiring another attorney. In fact, if the client so desired, mandatory fee arbitration could be utilized to resolve a fee dispute without terminating the attorney-client relationship, provided the attorney did not already file a lawsuit. By contrast, absent in unusual circumstances, if the fee dispute is sizeable and there are colorful malpractice or fiduciary duty claims, the client will likely achieve a better outcome in litigation, notwithstanding the substantial costs involved.

Next, requesting mandatory fee arbitration tolls the legal malpractice statute of limitations. (Code Civ. Proc., § 340.6.) Hence, it may provide the additional time needed to achieve early resolution of a dispute, an outcome that is often foreclosed when a malpractice lawsuit is filed. Finally, unlike a malpractice action, mandatory fee arbitration does not result in a waiver of the attorney-client privilege and disclosure of previously confidential communications. (Bus. & Prof. Code, § 6202.) Maintaining confidentiality is important for many clients who might otherwise have no means of redress other than filing a malpractice lawsuit.

When a dispute over attorney fees arises, the MFAA seeks to eliminate the disparity in bargaining power between attorney and client by giving the client the right, but not the obligation, to participate in a prelitigation arbitration program administered by a local bar association. While not effective in every case, participation in mandatory fee arbitration presents an opportunity to resolve fee disputes – and potentially maintain the attorney-client relationship – efficiently and timely under appropriate circumstances. 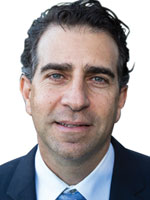 Ron W. Makarem is the founder of Makarem & Associates, where he represents consumers with a focus on legal malpractice and employment actions. Mr. Makarem is a graduate of the University of Southern California and Pepperdine University, School of Law and is certified by the State Bar of California as a legal malpractice specialist. Mr. Makarem represented Michael Cassel in the Cassel litigation and argued the case before the California Supreme Court in 2010. 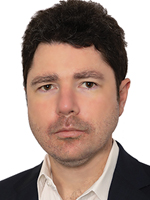 Jared Walder is an associate attorney at Makarem & Associates, representing consumers and closely-held business entities in civil litigation in state and federal courts.