Authority for motions in limine

Motions in limine are not noticed motions. California Rules of Court, rule 3.1112(f) provides that: “a motion in limine filed before or during trial need not be accompanied by a notice of hearing.” Considering that motions in limine are regulated by the court’s inherent powers, including the power to control the proceedings, counsel should find out the trial judge’s preferences regarding the timing and form of motions in limine.

Counsel should check the local rules to determine the exact timing of filing and serving a motion in limine. Each court and courtroom will have different timing issues. For example, in the Los Angeles Superior Court, if you have a “personal injury” (“PI”) case and are assigned to one of the PI courts (currently Departments 91, 92 and 93 at the Stanley Mosk Courthouse), then before filing motions in limine, “the parties/counsel shall comply with the statutory notice provisions of Code of Civil Procedure (“C.C.P.”) section 1005 and the requirements of Los Angeles Superior Court Rule (“Local Rule”) 3.57(a).” (See, Amended General Order - Final Status Conference, Personal Injury Courts, effective as of July 19, 2013).  Oppositions and replies to motions in limine are subject to the usual motion calendaring.  However, in the San Francisco Superior Court, motions in limine must be served by mail “at least ten (10) days before the date set for trial or personally served at least five (5) days before the date set for trial.” Oppositions must be personally filed and served no later than the date set for trial. (See, Superior Court of San Francisco County, Local Rules, rule 6.1.)

There are no set standards or guidelines regarding motions in limine and each judge is different. The bottom line is...do some investigating, check the local rules and make appropriate inquiries to find out what your trial judge requires.

Many standard issues, i.e., day-to-day trial logistics and common professional courtesy, should be addressed and disposed of in a stipulation between counsel rather than in motions in limine. (Kelly v. New West Federal Savings (1996) 49 Cal.App.4th 659, 670-672. These standard issues include, but are not limited to:

Asking the trial judge to address these standard issues before or during trial is inefficient and unnecessary. Instead, those issues should be resolved between counsel through a stipulation.

Effective uses of motions in limine

Form of motion in limine

The motion in limine and any opposing papers should be filed separately with their own points and authorities, supporting declarations and other evidence. California Rules of Court, rules 3.1110, 3.1112 and 3.1113 provide key procedural requirements regarding the format of motions in limine. Counsel should carefully review these provisions of the California Rules of Court to make sure they are in compliance.

The caption of each motion in limine should specifically and clearly identify the substance of the motion. For example, counsel should not title the motion as “Plaintiff’s Motion in Limine No. 1.” The court will have no way of knowing what the moving party is requesting – What type of evidence does the moving party want excluded? Be clear and precise. The better approach would be to title the motion in limine as “Plaintiff’s Motion in Limine to Exclude Evidence of or Reference to any abuse of alcohol and illegal or controlled substances by plaintiff.”

It’s also a good idea to consecutively number each of your motions in limine. Some courts require consecutive numbering so again, it’s imperative to find out what your trial judge prefers.

The moving papers should include:

Find out from your judge or clerk whether proposed orders are necessary.

Being clear, succinct and to the point will immediately draw the court’s attention to the evidence which is the subject of counsel’s motion in limine.

Reasons for motions in limine

The primary advantage of the motion in limine is to avoid the futile attempt of trying to undo the harm done where jurors have been exposed to damaging evidence, even where stricken by the court. This scenario has been described as “the obviously futile attempt to ‘unring the bell’ in the event a motion to strike is granted in the proceedings before the jury.” (Hyatt v. Sierra Boat Co. (1978) 79 Cal.App.3d 325, 337.)

Most motions in limine are filed by a party to limit or prevent certain evidence from being presented by opposing counsel at the time of trial. The purpose of a motion in limine is to prevent the introduction of matters at trial which are irrelevant, inadmissible or prejudicial. Some key statutes to rely on in excluding those types of evidence from being introduced at trial are Evidence Code sections 350 and 352.

Evidence Code section 352 is a key provision that allows the court to exclude evidence when “its probative value is substantially outweighed by the probability that its admission will (a) necessitate undue consumption of time or (b) create substantial danger of undue prejudice, of confusing the issues, or of misleading the jury.”

Another key statute is Evidence Code section 402 which allows the court to hear and determine questions of admissibility of evidence outside the presence or hearing of the jury.

Excluding irrelevant evidence (i.e., prior arrests, but no felony convictions) and prejudicial evidence (i.e., graphic and gruesome photographs of injuries) before trial and keeping it out of the jury’s hands is essential for any plaintiff’s attorney or defense counsel.

Ineffective uses of motions in limine

Avoid making mistakes in bringing a motion in limine for an ineffective or improper purpose. Some common pitfalls to avoid include, but are not limited to, the following:

The key case regarding the proper uses and abuses of motions in limine is Kelly v. New West Federal Saving (1996) 49 Cal.App.4th 659. The Kelly case offers an instructive discussion about how motions in limine should and should not be used. All counsel should take the time to read it.

Obtain a ruling from the court

Make sure the motion, the court’s ruling and the reasons for the ruling are all made on the record to preserve the objection for appeal. If the judge makes a pretrial ruling, then all counsel are bound by that ruling during the trial. If the judge excludes the evidence, then it may not be mentioned in trial or argument.

However, if the judge decides not to make a pretrial ruling on the motion in limine, counsel should:

(1) Ask the court to clarify that the evidence may not be referred to until the judge makes a ruling; and

(2) At the time a party wants to introduce the evidence which is the subject of a motion in limine, the party should ask for a ruling on the deferred motion.

If the motion in limine is granted, then all counsel have the duty to inform their associates, witnesses, clients and any other persons under counsels’ control that no mention or display of the excluded evidence should be made in the presence of the jury. 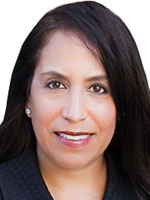 Elizabeth A. Hernandez is a senior associate at the Law Offices of Michels & Lew in Los Angeles. Her areas of practice include medical malpractice, catastrophic personal injury, and sexual abuse litigation. She has been a speaker at various seminars and legal conventions, and has published articles in CAOC’s Forum and CAALA’s Advocate
magazines.