Two cases that have positively impacted employment law for plaintiffs

In Harris v. City of Santa Monica (2013) 56 Cal.4th at 232, the plaintiff, a former bus driver for the City of Santa Monica, proved that the City had discharged her after learning she was pregnant. The City argued that it discharged her for unsatisfactory performance while a probationary employee and would have done so in any event. It requested the court to instruct the jury based on BAJI 12.26. That instruction would have told the jury that if it found that the discharge was caused by discriminatory and nondiscriminatory reasons, it also had to decide whether the employer had proved by a preponderance of the evidence that the nondiscriminatory reason, standing alone, would have induced it to make the same decision. If so, the employer would not be liable.

The court refused and used the CACI instruction that told the jury that the plaintiff had to prove that her pregnancy was a “motivating factor/reason” for her discharge. In a unanimous decision, the California Supreme Court found that it was error to give the CACI instruction. The Court held that “When a plaintiff has shown by a preponderance of the evidence that discrimination was a substantial factor motivating his or her termination, the employer is entitled to demonstrate that legitimate, nondiscriminatory reasons would have led it to make the same decision at the time. If the employer proves by a preponderance of the evidence that it would have made the same decision for lawful reasons, then the plaintiff cannot be awarded damages, back pay, or an order of reinstatement. However, where appropriate, the plaintiff may be entitled to declaratory or injunctive relief. The plaintiff also may be eligible for an award of reasonable attorney’s fees and costs under section 12965, subdivision (b).” (Id. at p.241.)

Harris made two significant changes to employment-discrimination law. First, it modified the causation standard in Government Code section 12940, subdivision (a) in termination decisions from “a motivating factor” to a “substantial motivating factor.” Second, in a “mixed-motive” case, Harris limited the available remedies.

Despite some initial concerns, Harris’s immediate impact appears to be minimal. California decisions confirm that juries must be given the “substantial motivating factor” instruction in all termination cases, implicating the causation standards of section 12940. (See e.g., Mendoza v. Western Medical Center Santa Ana (2014) 222 Cal.App.4th 1334 [reversing a jury verdict in a wrongful termination in violation of public policy for reporting sexual harassment because the same standard of causation in FEHA cases applied to common- law tort claim based on public policies encompassed by FEHA].)

After Harris, California decisions also confirm that after-acquired evidence cannot be used to justify a termination decision. In Thornbrough v. Western Placer Unified School Dist. (2013) 223 Cal.App.4th 169, the plaintiff argued that the defendant had improperly relied upon after-acquired evidence to retroactively legitimize the original improper charges. Citing Harris, the court held that the “same-decision showing” means proof that the employer, in the absence of any discrimination, would have made the same decision at the time it made its actual decision.” According to the court, the actual decision to terminate the plaintiff was made when the board voted to adopt the hearing officer’s recommendations. At that time all the evidence was before the board and provided the legitimate nondiscriminatory reason for the termination.

Horne v. District Council 16 Internat. Union of Painters & Allied Trades (2015) 234 Cal.App.4th 524, illustrates the interplay between the “after-acquired” evidence doctrine, Harris’s limitation of remedies in a “mixed-motive/same decision” case, and the Supreme Court’s decision in Salas v. Sierra Chemical Co. (2014) 59 Cal.4th 407. In Horne, the defendant union council refused to hire the plaintiff for a union organizer position. Defendant claimed it was based on a legitimate reason that as a convicted felon the plaintiff was not qualified to carry a firearm, which was a job requirement. Plaintiff alleged the failure to hire was based on his race and that the defendant could not rely upon the firearm conviction discovered after the fact. On the first go around, the Court of Appeal affirmed the summary judgment, finding that evidence that the applicant was disqualified as a matter of law at the time of the employment decision is relevant, irrespective of when the employer acquired that information. The dissenting opinion, relying on Harris and the after-acquired evidence doctrine, acknowledged that the firearms conviction may limit the plaintiff’s remedies, but reasoned that the plaintiff was nonetheless entitled to prove that the defendant, not knowing of the firearm conviction, discriminated against him. The California Supreme Court granted review and after issuing its opinion in Salas transferred the proceedings back to the appellate court for reconsideration in light of Salas. On remand, the court reversed the summary judgment, holding that it is error to consider after-acquired evidence of the disqualification during the liability phase of a suit for racial discrimination under Government Code section 12940, subd. (a), because it was relevant only as to remedies.

In Alamo v. Practice Management Information Corp. (2013) 219 Cal.App.4th 466, the court found it was error not to instruct the jury with the revised causation standard, but reached a different result with respect to the mixed-motive instruction. The court held that the mixed-motive limitation of remedies instruction is available if the defendant pleads the defense in its answer to the plaintiff’s complaint, or asserts as an affirmative defense that it had lawful reasons for the termination.

The court also rejected the defendant’s argument that the CACI No. 2527 instruction on failure to prevent discrimination required a revised causation standard. “While the Harris decision considered the meaning of the phrase “because of” as used in the FEHA’s antidiscrimination provision and concluded that it meant “a substantial motivating factor,” it did not suggest that an instruction which used the phrase “because of” in setting forth the standard of causation for a failure to prevent discrimination claim would be inaccurate or incomplete.”

The Ninth Circuit considered Harris in two decisions. In Muniz v. UPS (9th Cir. 2013) 738 F.3d 214 (a gender-discrimination case), the defendant argued that it was the prevailing party because of the jury’s mixed-motive finding on one of the three adverse employment actions and the plaintiff should not recover any fees. The court rejected the argument and held that “Harris supports including any time spent on challenging the MPIP decision in the award of attorney fees and on this record all of the alleged gender discrimination adverse employment claims are sufficiently related to permit a full award of attorney fees.”

In Acii v. AutoZone, Inc. (9th Cir. 2015) 2015 U.S. App. LEXIS 6346, the Harris decision was handed down while the case was in trial. The court instructed the jury that to rule for the plaintiff they must find that age was “substantial motivating factor.” On appeal plaintiff argued that the Harris instruction only applied to the “mixed-motive” cases and not to disparate treatment cases. The court disagreed, finding that California intermediate appellate courts had applied Harris to all wrongful termination claims (both statutory and tort, single and mixed motive) and that the Judicial Council of California had altered each of the relevant pattern jury instructions to conform to the notion that Harris’s interpretation of the causation element in section 12940(a) applied to all wrongful termination suits.

Going forward it will be interesting to see how California courts apply Harris at the summary judgment stage. In Harris the Court held that “[i]n FEHA employment discrimination cases that do not involve mixed motives, we have adopted the three-stage burden-shifting test established by McDonnell Douglas . . . .” (Id. at 215) Federal courts consider the mixed motive as an affirmative defense. In a mixed-motive case, under federal law, the plaintiff only bears the initial burden of showing that an impermissible characteristic played a role in the employment action; then the burden is on the defendant, as an affirmative defense, to establish that but for the consideration of an impermissible characteristic, the same employment decision would have been made.

In Williams v. Chino Valley Independent Fire District (2015) 61 Cal.4th 97, the California Supreme Court extended the Christiansburg standard, established by the U.S. Supreme Court in Christiansburg Garment Co. EEOC (1978) 434 U.S. 412, for award of attorney’s fees to recovery of ordinary costs. The Court held that unsuccessful FEHA plaintiffs should not be ordered to pay the defendant’s ordinary litigation costs under section 1032 of the California Code of Civil Procedure unless, “plaintiff brought or continued litigating the action without an objective basis for believing it had potential merit.” The Court reached this conclusion by finding that Government Code section 12965, subdivision (b) was an express exception to Code of Civil Procedure section 1032, subdivision (b), and governed cost awards in FEHA cases. Because a cost award is discretionary rather than mandatory, Government Code section 12965, subdivision (b) expressly exempted FEHA actions from section 1032, subdivision (b)’s mandate for a cost award to the prevailing party.

Williams is a significant decision. The term “ordinary” is a misnomer in describing the costs incurred to bring an employment discrimination case to verdict. Such costs are often in the six figures, an overwhelming amount to a terminated employee. The prospect of paying ordinary litigation costs deterred many plaintiffs from bringing their claims in righteous cases. And financially strapped plaintiffs would often forego appeals of meritorious cases for a waiver of costs. After Williams, “ordinary” litigation costs can no longer be used to chill the exercise of appellate rights or to pursue meritorious claims. Instead, to recover ordinary litigation costs, a prevailing defendant would have to prove that the plaintiff’s claims were “frivolous, unreasonable, or groundless.” (Christiansburg, at pp. 416-417, 422.) That is an extremely high burden to meet and virtually eliminates a prevailing defendant’s ability to recover ordinary costs.

Williams, at this time, only applies to FEHA actions. At a minimum it should be extended to wrongful-termination claims based upon a violation of FEHA and to retaliation claims under Labor Code section 1102.5.

(Note: This article was written for and presented at CAALA Vegas in September 2015.) 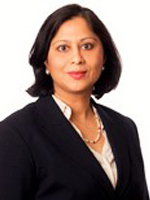 In June 2009, she opened an office in Los Angeles where she exclusively represents employees. She has been a trainer on EEO policies for government agencies.