You just got SLAPPed; What now?

Referred to as an “anti-SLAPP” motion, a special motion to strike under Code of Civil Procedure section 425.16 is a procedural tool that allows defendants to dismiss a plaintiff’s claim within months of the filing of the complaint. After concluding that there was “a disturbing increase in lawsuits brought primarily to chill the valid exercise of the constitutional rights of speech and petition for the redress of grievances,” the Legislature enacted this procedural device in an effort to help defendants against these strategic lawsuits against public participation (“SLAPPs”). (Code Civ. Proc. § 425.16, subd. (a).)

Simply put, the anti-SLAPP statute requires a plaintiff to make a summary-judgment showing mere months after the commencement of the action and usually without the benefit of discovery. There are several procedural and substantive hurdles the anti-SLAPP statute creates for plaintiffs that everyone needs to be aware of, and the purpose of the article is to highlight those hurdles. While this article discusses fundamental anti-SLAPP issues, additional, more complex issues may arise that are not discussed here but could each warrant an in-depth article on their own.

When does the anti-SLAPP statute apply?

The anti-SLAPP statute applies to an “act in furtherance of a person’s right of petition or free speech under the United States or California Constitution in connection with a public issue.” These acts include:

The test to determine whether the anti-SLAPP statute applies is not as simple as looking at the name of the cause of action asserted. In determining whether the anti-SLAPP statute applies, courts look to the conduct underlying the cause of action and analyze whether that conduct falls under one of the four categories listed above. (Equilon Enterprises v. Consumer Cause, Inc. (2002) 29 Cal.4th 53, 67.)

Burden shifting under the anti-SLAPP statute.

Anti-SLAPP adjudication involves a two-step process. First, referred to as “prong one,” the moving party must demonstrate the statute applies. This showing involves the analysis described in the previous section of determining whether the conduct complained of is an act in furtherance of the moving party’s constitutional rights of petition or free speech. It is the moving party’s burden to establish and does not involve the merit of the claim at issue. (Comstock v. Aber (2012) 212 Cal.App.4th 931, 942 [“The question is what is pled – not what is proven.”].) The statute is to be interpreted “broadly.” (Code Civ. Proc., § 425.16, subd. (a).)

If the defendant meets its burden of establishing the application of the anti-SLAPP statute, the burden then shifts to the plaintiff to establish that its claim has “minimal merit.” (Navellier v. Sletten (2002) 29 Cal.4th 82, 88-89.) This showing, referred to as “prong two,” is akin to the showing required to defeat a summary-judgment motion. (Grewal v. Jammu (2011) 191 Cal.App.4th 977, 990.) The plaintiff therefore must present admissible evidence that could allow the plaintiff to obtain a favorable judgment if the plaintiff’s evidence is credited. (Navellier, supra, 29 Cal.4th at pp. 88-89.) The court determines whether the plaintiff has met this burden by considering the pleadings and supporting and opposing affidavits “stating the facts upon which the liability or defense is based.” (Code Civ. Proc., § 425.16, subd. (b)(2).)

When a defendant files the motion, adjudication moves quickly and discovery is stayed in State Court

A defendant may file the anti-SLAPP motion within 60 days of service of the complaint, but may also file the motion later with the court’s permission. (Code Civ. Proc., § 425.16, subd. (f).) Once the defendant files the motion, the clerk of the court “shall” schedule a hearing for no more than 30 days after service of the motion. (Ibid.) An exception to this requirement is if the court’s docket is too crowded to schedule the motion. (Ibid.) This is a short amount of time to prepare an opposition and supporting evidence that must establish a likelihood of success on your claim.

Additionally, once the defendant files the motion, discovery is automatically stayed. (Code Civ. Proc., § 425.16, subd. (g).) You may move the court for “specified discovery” upon a showing of good cause, but it is a difficult burden to meet as the intent of the statute is to minimize the costs and burdens of unmeritorious litigation. (Slauson Partnership v. Ochoa (2003) 112 Cal.App.4th 1005, 1021.)

This automatic stay of discovery does not apply in federal court, however, as the Ninth Circuit has concluded that an automatic discovery stay would be contrary to the Federal Rules of Civil Procedure and therefore in violation of the Erie Doctrine. (Metabolife Intern., Inc. v. Wornick (2001) 264 F.3d 832, 845-847.)

Once the motion is filed, you cannot amend the complaint in State Court

The Court of Appeal has held that allowing a plaintiff to amend a complaint once an anti-SLAPP motion is filed would be contrary to the Legislative intent of resolving SLAPPs expeditiously: “By the time the moving party would be able to dig out of this procedural quagmire, the SLAPP plaintiff will have succeeded in his goal of delay and distraction and running up the costs of his opponent.” (Simmons v. Allstate Ins. Co. (2001) 92 Cal.App.4th 1068, 1073-1074.) This rule of prohibiting amendment has generally held firm but a few opinions have opened the door slightly. (See M.F. Farming, Co. v. Couch Distributing Co. (2012) 207 Cal.App.4th 180, 186, n. 2 [amendment permissible where defendant failed to object]; Nguyen-Lam v. Cao (2009) 171 Cal.App.4th 858, 870-871 [plaintiff permitted to amend complaint to plead actual malice when actual malice supported by evidence].)

Like the rule staying discovery, this rule does not apply in the Ninth Circuit either, as the Ninth Circuit concluded that a prohibition on discovery would be contrary to Federal Rule of Civil Procedure 15 which instructs courts to “freely” give leave to amend. (Verizon Delaware, Inc. v. Covad Communications Co. (9th Cir. 2004) 377 F.3d 1081, 1091.)

If you lose, the defendant is entitled to attorney fees

As part of the Legislature’s intent to discourage frivolous lawsuits seeking to harass and chill the valid exercise of constitutional rights, the anti-SLAPP statute generally entitles a prevailing defendant to attorney’s fees and costs. (Code Civ. Proc. § 425.16, subd. (c)(1).) There are some exceptions to this rule, listed in subdivision (c)(2) of the statute.

Win or lose, the trial court’s ruling is immediately appealable

Notably, and in line with the Ninth Circuit’s recent resistance to application of anti-SLAPP, the ability of a defendant to appeal from an order denying its anti-SLAPP motion may be vulnerable. In addition to criticizing the application of the anti-SLAPP statute in federal court generally, Judge Kozinski also criticized the ability of defendants to appeal denials of their anti-SLAPP motions: “Our acceptance of anti-SLAPP special motions was bad enough, but we made the problem worse by allowing defendants to bring interlocutory appeals. [Citation.] This case is a perfect example of the consequences of that decision. Robert Hirsh appealed to our court after the district court denied his meritless motion to strike. That was in the spring of 2014. Two years and a few hundred billable hours later, we’re sending the case back for the district court to pick up right where it left off.” (Travelers Casualty Insurance Company of America v. Hirsh (9th Cir. 2016) 831 F.3d 1179, 1184.)

Anti-SLAPP motions have become a powerful tool for defendants to not only get rid of claims against them after only a few months, but to get their attorney’s fees paid. Application of the anti-SLAPP statute has arguably developed far beyond the initial intent of the Legislature to deter actions “filed by an economic powerhouse to dissuade its opponent from exercising its constitutional right to free speech or to petition.” (Un Hui Nam v. Regents of the University of California (2016) 1 Cal.App.5th 1176, 1193.) While many courts continue to apply the statute very broadly, see Hunter, supra, 221 Cal.App.4th 1510 [anti-SLAPP statute applies to gender discrimination claim against television network because selection of a news anchor is in furtherance of the exercise of free speech rights], some courts have begun to push back (see Un Hui Nam, supra, 1 Cal.App.5th 1176).

Opposing an anti-SLAPP motion is challenging given the short amount of time and only 15 pages to provide the court a background of the case and to address both prongs of the statute. This challenge requires the opposition to balance which arguments to focus on without waiving arguments on appeal.

A firm grasp of anti-SLAPP fundamentals makes this task more manageable. This primer is in no way exhaustive as there are other issues that may arise, such as the illegality exception (Flatley v. Mauro (2006) 39 Cal.4th 299) and mixed causes of action (Baral v. Schnitt (2016) 1 Cal.4th 376), but will hopefully provide a foundational understanding of the anti-SLAPP statute so you can anticipate the motion and be ready to respond when the defendant strikes.

Holly Boyer, named 2019 “Appellate Lawyer of the Year” by CAALA, is a partner in Esner, Chang & Boyer, a boutique appellate firm with offices in Southern and Northern California. All of the partners are certified by the State Bar of California as appellate specialists. In addition to handling all aspects of appellate litigation, the firm also assists trial lawyers with dispositive and post-judgment motions. 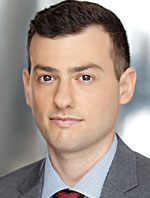 Joseph Persoff, a graduate of Syracuse University and the USC Gould School of Law, is an Associate with Esner, Chang & Boyer, a boutique appellate firm with offices in Southern and Northern California. All of the partners are certified by the State Bar of California as appellate specialists. In addition to handling all aspects of appellate litigation, the firm also assists trial lawyers with dispositive and post-judgment motions.