Overtime-misclassification claims have been a growth area for social-justice lawyers in the past 15 years or so.  In more recent years, with conservative Supreme Court decisions like Dukes v. Wal-Mart and AT&T Mobility v. Concepcion, interest has waned.  But at root, the federal Fair Labor Standards Act (FLSA) and California Labor Code constitute strong protections that every worker can invoke.

The challenge is to know the claim when you see it.  In this article, we provide a basic overview of overtime pay law, pointing out examples and principles for analyzing potential claims.

It is helpful to remember that the FLSA was Congress’s response to the horrible conditions of unemployment and worker exploitation during the Great Depression.  Employers with superior bargaining power could require workers to toil for long hours in unsafe conditions. Given the economic instability, workers challenging these conditions could easily be replaced.

Congress determined that the best solution to the twin evils of high unemployment and poor working conditions (long hours and low pay) was to enshrine the minimum wage and the overtime premium in federal law. By requiring employers to pay a premium (time and a half) for all hours worked above 40 per week, Congress created a disincentive for companies concentrating heavy workloads on few people. Thus, where a company with 120 hours of tasks per week to accomplish might have once employed two employees working 60 hours each, that company would have to pay overtime for the 20 hours a week per employee above the 40-hour threshold. That company could then save money by hiring a third employee, and requiring all three employees to work 40 hours each. Thanks to the FLSA, the same amount of work would be performed, but more people would be employed, and those employed would have a more humane schedule, with the freedom to rest and spend time with their families.

Through this mechanism, Congress fought unemployment and promoted the health, safety, and happiness of the American worker. Likewise, the California Legislature has established similar protections in the Labor Code, some of which mirror the FLSA and many of which go beyond it.

But it’s not quite so simple: Exemptions

The difficulty in applying the FLSA and California law to exemption classification questions comes about because those laws provide for “exemptions” – carve-outs of certain types of jobs, so that workers in those jobs are not eligible for the relevant protections. Exempt workers can be made to work more than 40 hours per week without getting overtime pay (such as you, dear reader, most likely).

This article provides an overview of those exemptions under the FLSA and California law, so that you can spot instances of “misclassification” – where an employer has classified workers as exempt from the FLSA and California law (i.e., salaried and not entitled to overtime pay and other protections) but it should have classified the worker as nonexempt (i.e., covered by the FLSA1 and paid on an hourly basis, with overtime for hours over 40 per week2 and other benefits).

Focusing on what matters: The primary job duties

Exemptions depend largely on the type of work the employee is performing. The focus is usually on the employee’s “primary job duties,” meaning her core work responsibilities. Under the FLSA, this generally means the most important tasks she performs. But California law is simpler – the primary duty is the activities comprising a majority of the employee’s time.3 So this is a fact-intensive inquiry, as we will discuss below.

Listening for the right facts, ignoring the wrong facts

Because the focus of the analysis is on actual work performed, potential clients with misclassification claims often present with confusing explanations. Potential clients are often motivated by treatment that is obviously unfair or disrespectful, without much awareness of the contours of their legal rights. While this is true in all settings (e.g., discrimination that may sound like a personality conflict), it is particularly tricky in the misclassification setting, because the relevant inquiry into job duties is completely divorced from the issues that drive workplace complaints (e.g., managerial abuse, wrongful termination, scheduling frustrations).

Who is exempt from the FLSA?

The starting point for the FLSA and California law is that there is a presumption that all workers are covered, and none are exempt. The employer bears the burden of proving that every requirement of the applicable exemption is satisfied. And exemptions are meant to be narrowly construed, so that they apply only when the worker falls unmistakably within their bounds.

So the next question is which exemption might apply. Each specific exemption has its own test, which we explore below.

Most exemptions have a simple component that is independent of job duties – the salary basis test. Under that test, the employee must be paid (a) above a certain threshold and (b) on a salary basis to be exempt; if she is not, her duties are irrelevant, and the exemption is unavailable to the employer. You win. Currently, the minimum salary threshold is $455 per week ($600 per week in California), or roughly $23,600 per year ($31,200 per year in California). 29 C.F.R. § 541.200.

The U.S. Department of Labor under President Obama has promulgated proposed regulations to update the salary threshold, more than doubling it to around $970 per week, or roughly $50,000 per year. This would sweep millions of workers automatically into the protection of the FLSA. Of course, conservative business interests are fighting this proposal vehemently.

The Administrative Exemption4 focuses on whether the employee’s primary job duty (a) is “the performance of office or non-manual work directly related to the management or general business operations of the employer or the employer’s customers” and (b) “includes the exercise of discretion and independent judgment with respect to matters of significance.” These are fairly abstract concepts, so analysis of this exemption requires familiarity with the case law.

In a nutshell, the administrative exemption hinges on whether the work involves creativity, freedom to make the rules, big picture decisions, and the like (in which case the worker is exempt), as opposed to routine, repetitive work following the rules, implementing the decisions of others, and so forth (in which case the worker is nonexempt). One test that has been applied in some jurisdictions (but rejected in the Ninth Circuit) is the “administration-production dichotomy.” Under that test, the exemption depends on whether the employee is engaged in producing the business’s product (e.g., widgets, food, loans, sales, reports, investigations) or administering or running the business.

Investigators are nonexempt if they are constrained by extensive guidelines used to evaluate their performance, and do not have the opportunity to make independent decisions. By contrast, investigators who have the primary duty of analyzing data, identifying possible investigations, and conducting the investigations may be properly classified as exempt.

Next, the Executive Exemption focuses on whether the employee (a) has a primary job duty of managing “the enterprise in which the employee is employed or of a customarily recognized department or subdivision thereof,” (b) “customarily and regularly directs the work of two or more other employees,” and (c) has “the authority to hire or fire other employees” or has the ability to make “suggestions and recommendations as to the hiring, firing, advancement, promotion or any other change of status of other employees [that] are given particular weight.” (29 U.S.C. § 213(a)(1); 29 C.F.R. § 541.100.)

There has been significant litigation on behalf of assistant managers (e.g., in the retail and food service settings) under this exemption. In evaluating these claims, it is important to determine whether the worker is better analogized to those immediately below or above her in the chain of command – is she more like the hourly clerk below her or more like the manager above her. You should ask that question with respect to job duties as well as other variables such as pay. If the assistant manager is paid closer to her supposed subordinates than to her superior, she may have a strong claim. Similarly, if she needs approval from management (within the store or back at corporate headquarters) for even small decisions, she is probably nonexempt. However, even if a manager needs to contact his own manager often and is unable to deviate from policies or procedures, if the time spent on non-exempt tasks is a significant amount, and the character of the manager’s position is that of a manager (and not of a retail salesperson), then he may still be classified as exempt.6 If the worker enjoys significant discretion, that can support application of the exemption.7

Learned professionals perform work requiring “advanced knowledge” in a “field of science or learning.”8 The test inquires whether (a) the employee performs “work requiring advanced knowledge,” (b) the knowledge is “in a field of science or learning,” and (c) the knowledge is “customarily acquired by a prolonged course of specialized intellectual instruction.”9 Doctors, lawyers, registered nurses, CPAs, and others in professions requiring particular degrees or specialized coursework generally qualify as learned professionals.

This test limits the exemption to work that is “predominantly intellectual in character,” involves “the consistent exercise of discretion and independent judgment,” involves analysis, interpretation, or deduction. The field must require specialized academic training, as opposed to on-the-job training, an apprenticeship, or mere experience.

The employer must generally show that a particular academic degree or a particular course of study is required to perform the job.10 Eligible fields include “law, medicine, theology, accounting, actuarial computation, engineering, architecture, teaching, various types of physical, chemical and biological sciences, pharmacy and other similar occupations that have a recognized professional status.”

Another important exemption is the Computer Professional Exemption. The test is whether the employee’s primary duty consists of systems analysis, programming, and software engineering at a highly specialized level. Computer programmers, software developers, and network architects generally qualify for this exemption. But systems administrators, helpdesk technicians, and IT support specialists generally fall outside the exemption because they install, configure, test, and troubleshoot computer applications, networks, and hardware – none of which constitute the type of high-level activity required for this exemption.13

As a general rule, indicators of nonexempt status include following instructions, standardized approaches, and experience to install, integrate, maintain, troubleshoot, and support the systems and applications (which others have researched, analyzed, programmed, designed, developed, and constructed).  One useful rule of thumb is that workers who do routine, repetitive support work (sometimes called “break fix” or “run and maintain”) or installations (e.g., of patches and upgrades) are generally nonexempt. By contrast, those who design the systems or write the programs are generally exempt.

As you can see, exemptions from the FLSA and California law are quite varied and complex. Violations can be hard to identify, both because of the ambiguity in the law and the non-intuitive nature of the applicable tests, which mean that potential clients rarely approach lawyers with tidily packaged stories tracking the legal elements.

But bearing in mind the purpose of the FLSA and the presumptions that work to the employee’s advantage, it is possible to invoke these worker-protection laws successfully. 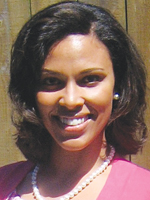 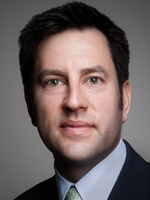 Jahan C. Sagafi is the partner in charge of the Outten & Golden San Francisco office, where he represents employees and consumers in class actions, in addition to assisting fellow plaintiffs’ attorneys with appeals in state and federal courts.  Prior to joining Outten & Golden, he was a partner at Lieff, Cabraser, Heimann & Bernstein, clerked for Judge Schwarzer of the Northern District, and attended Harvard College and Harvard Law School.  Mr. Sagafi serves on the boards of Public Advocates, Alliance for Justice, and the San Francisco American Constitution Society (ACS) chapter.

1 For clarity’s sake, we will refer to the FLSA.  Most of the concepts in this article apply to California law as well.  Where there are important differences, we try to highlight them.