On January 12, 2019, CAALA will once again begin the year by recognizing the accomplishments of trial attorneys and jurists by presenting an installation and awards dinner that is one of CAALA’s most recognized events. It is remarkable for many reasons, not the least of which is the fact that the first one took place in 1949.

Don’t stress, I’ll do the math for you. This will be the 70th installation and awards dinner, a truly remarkable achievement. It’s not only one of CAALA’s signature events, it’s also one of the Southern California legal community’s most popular nights.

In 1949, things were a lot different for members of the Consumer Attorneys Association of Los Angeles. The Association had fewer than 100 members and the members practiced a brand-new category of law (Civil Plaintiff Personal Injury). Oh yes, the name of the Association wasn’t CAALA, it was the Lawyers Round Table.

In the past 70 years, CAALA has evolved from a small group of legal pioneers into the nation’s premier local association of civil plaintiff trial attorneys. While much has changed, one thing that hasn’t is the idea of presenting a gala dinner to celebrate and recognize accomplishments of judges and attorneys. The Installation and Awards Dinner is now so renowned it is known simply as the CAALA Gala, but it is still the one night when the legal community honors peers and celebrates their accomplishments.

Trial Judge of the Year

The Trial Judge of the Year award is presented to a jurist who exemplifies the ideals of the civil justice system – a commitment to fairness, respect and compassion for litigants, and dedication to the highest professional standards.

Judge Snyder was appointed to the U.S. District Court for the Central District of California in 1997 following a career in private practice specializing in commercial litigation. She was the first woman to serve as President of the public interest law firm Public Counsel and she served on the Board of Directors of the Western Center on Law and Poverty.

Tom Feher is the recipient of the award that recognizes significant accomplishments of a CAALA member who has practiced law for less than 10 years. The other finalists were Lauren Horwitz, Jeremy Jass, Taylor Rayfield and Natalie Weatherford.

During the reporting period for the award, Feher obtained more than $16 million for his clients as lead trial counsel in six trials; all verdicts that were many multiples of the defense’s best offer. Feher is a trial attorney with The Simon Law Group and has been a CAALA member since going into practice seven years ago.

The Ted Horn Award was created in 1972 during the presidency of Stan Jacobs. Jacobs’ description of Horn established the criteria for the award: “Ted Horn strongly believed in supporting his fellow plaintiff lawyers. He was unique in how he made himself available to help a lawyer faced with making or resisting a Motion for New Trial, advising them on legal issues and responding to a lawyer who sought his input on a case. He was a “volunteer fireman,” serving without compensation and with little or any assistance.”

Arash Homampour is the recipient of the 2018 Ted Horn Award. The other finalist was Mike Alder.

Homampour has been a CAALA member since 1995. He is an Emeritus member of the CAALA Board of Governors and was named Trial Lawyer of the Year in 2009.

When CAALA members achieve a notable verdict or settlement, their report often includes a “thank you” to Homampour for his help and support. Homampour was instrumental in the development of CAALA’s List Serve, serving as co-writer of the rules and confidentiality agreement. He has also contributed hundreds of documents to CAALA’s document bank and spoken at countless CAALA seminars and programs.

Trial Lawyer of the Year

The CAALA Trial Lawyer of the Year award recognizes the highest accomplishments of the men and women of our association and the plaintiff trial bar.

Nicholas Rowley is the 2018 Charlie O’Reilly Trial Lawyer of the Year. The other finalists were Dale Galipo, R. Rex Parris, Dave Ring and Geoffrey Wells.

The CAALA Board of Governors recognized Rowley for his accomplishments during the 2018 reporting period where he served as lead trial counsel in 11 jury trials, 10 of which went to verdict. The trials were conducted in nine cities in five states and resulted in more than $200,000,000 in jury verdicts for Rowley’s clients.

It’s not too late if you want to be present to celebrate and honor the accomplishments of trial attorneys and jurists on January 12 at the Beverly Wilshire Hotel. Tickets for the 2019 CAALA Gala are available at the CAALA web site www.caala.org.

Stuart Zanville is the Executive Director of the Consumer Attorneys Association of Los Angeles (CAALA). Contact him at (213) 487-1212 or by e-mail: stuart@caala.org. 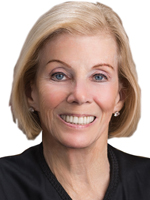 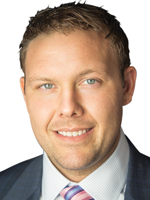 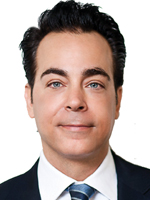 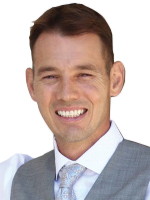