Confidential settlement agreements have been around for a very long time. Enough is enough. They should be banned. The public is now becoming aware of the sinister nature of those agreements in the growing outrage over sexual assault cases, especially involving well-known public figures. It is popular to refer to them as NDAs (Non Disclosure Agreements). As bad as it may be for some celebrity or congressman to get to legally hide the fact that he is a sexual predator, it is far worse for the public to be ignorant of some deadly defect in an automobile.

Lawyers who have a heavy concentration of products-liability cases, especially against automobile manufacturers, have been aware for decades from the exchange of information literature that the same defects are swept under the rug in dozens, sometimes hundreds, of cases while the manufacturers continue to advertise safety ratings by the toothless tiger known as the National Highway Safety Administration. We have known for years that certain vehicles tend to roll over because they have a narrow wheelbase and a high center of gravity. Equally pervasive is the fact that most roofs are ridiculously subject to collapse, air bags are more dangerous than useful, and the list goes on and on.

Under Current California Law, confidential settlements are prohibited only in a limited number of cases:

Obviously, attorneys owe their first allegiance to their clients. Many attorneys dutifully sign settlement agreements with boilerplate nondisclosure clauses, ignoring the impact that this subterfuge has on the public generally. Let’s face it, none of us wants to pass up a good settlement and risk trial over some stand against these clauses. Nonetheless, principled attorneys in growing numbers do refuse NDAs and usually the settlement goes ahead anyway.

As the sexual assault scandals continue to heat up and the outcry to ban NDAs expands, now is the perfect time to put pressure on politicians to include in any such legislation all settlements, not just ones involving unwanted sexual advances. Only by banning these clauses by legislation, can we relieve the pressure on attorneys and even clients to pass up a good settlement by insisting on removal of an NDA. It is clear that automobile manufacturers and other defendants enter into settlements for a host of reasons, not the least of which is to try to avoid a much bigger verdict. They will not take every case to trial just because NDAs are illegal. 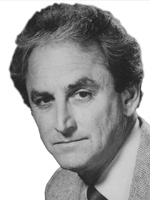