Are law schools failing their students?

On May 18, 2018, the State Bar of California released the results of the February 2018 California Bar Exam, and announced that 1,282 test-takers out of 4,701 (27.3 percent of applicants) passed the General Bar Exam. Of the total number of test-takers, 27 percent were first-time applicants who had a passage rate of 39 percent. The passage rate for repeat takers was only 23 percent. The February 2018 results were the lowest bar passage rate in 70 years; the next lowest percentage was recorded in Spring 1983, when 27.7 percent of the examinees passed.1

February 2018 was the second time that the Bar Exam spanned a two-day period as opposed to the original three-day format. The two days of testing consisted of three sections: a multiple-choice Multistate Bar Examination, five essay questions, and one performance test. The written essays and performance tests are designed to assess an applicant’s ability to apply legal knowledge to practical situations.

Historically, the number of exam-takers in February is 50 percent less than those taking the Bar in July. And, the passage rate in the spring has been dramatically lower than in July. Some studies have found that the lower February passage rate is from second-time takers who did not pass the July Bar, applied to retake the test in February, and were unsuccessful again.

California has had the lowest passage rate of any state. According to weighted statistics compiled by Professor Robert Anderson at Pepperdine University School of Law, California’s bar exam is the most difficult.2 For instance, in July 2016, California’s pass rate for ABA-accredited law school graduates was 62 percent compared to New York’s 83 percent.

Outraged by decades of low passage rates, the deans of 20 out of 21 ABA-accredited California law schools protested to the California Supreme Court (governing body over the Bar) which ordered the State Bar to complete a study regarding the low passage rate. The State Bar conducted a comprehensive series of studies of the Bar Exam, including a review of the passing score and whether the content of the bar exam is appropriate to test the knowledge and skills needed by entry level attorneys. Based on the information available, no changes to the passing score cut-off or the content of the exam were adopted.

The State Bar is now preparing to undertake a California Attorney Job Analysis Study to collect information about the knowledge and skills that entry-level attorneys need. The study results will provide the foundation for future evaluation of the content, format, and pass line of the California Bar Exam. “Over the long term, we need to be sure that we are testing for the skills and content that new attorneys need, and that we are doing so in the right format,” said Leah T. Wilson, Executive Director of the State Bar of California.

“In order to help improve performance on the bar exam, [the State Bar] recently launched the Productive Mindset Intervention Program. Through this program and ongoing study, we hope to better understand the downward trend of bar exam pass rates,” Wilson said. The Productive Mindset Intervention Program will be available beginning with the July 2018 Bar Exam for test-takers to opt in to a study and consent to having their scores evaluated for the purposes of determining the intervention’s effectiveness. The theory of this program is that when students have a fixed mindset, they believe that their intelligence is something that is finite and unchangeable. This makes them doubt their intelligence when they experience difficulty and it undermines resilience and learning. However, when students have more of a growth mindset, they believe that intelligence can be developed. In this mindset, students respond more resiliently to challenges and show greater learning and achievement in the face of difficulty.3

This program is a partnership with researchers at Stanford University, the University of Southern California, and Indiana University. The program is designed to improve exam performance, but what will be offered and how the program will be administered during the exam have not been disclosed. What has angered the takers who failed the February Bar is that the opportunity to enroll in this program closed before they received their bar results. Thus, the ones who may have benefitted from this Mindset program would have to wait a year to participate in the study.

Critics of the Bar Exam believe that California should lower its cut-off score. Others believe that the standards exist to prevent unqualified applicants from practicing law. Maybe the fault lies with non-ABA-accredited schools (and some ABA-accredited ones) not properly preparing students for their future legal career. The decades-long debate remains unanswered even after the many studies completed by the State Bar. 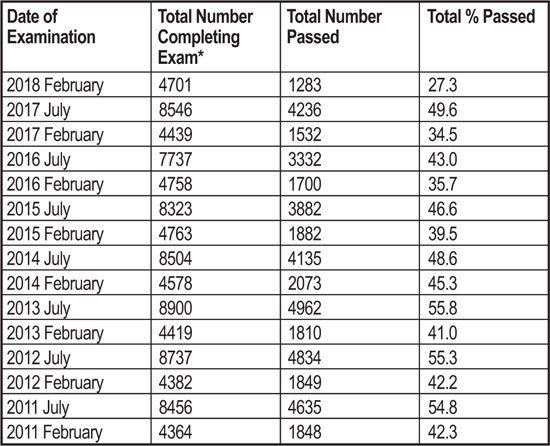 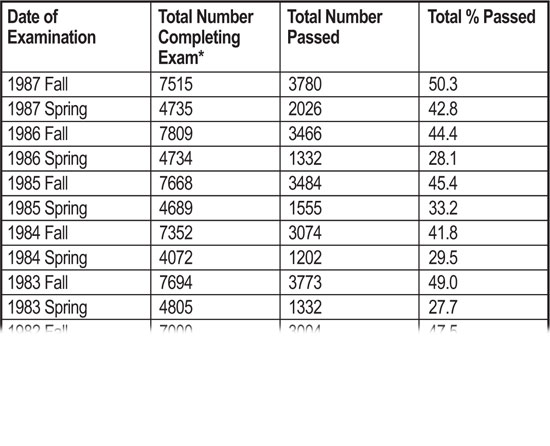 1  This information is based on available data dating back to Fall 1951.

2  Factors included undergraduate GPA, LSAT scores, and the number of test-takers from each state.

3  How Can We Instill Productive Mindsets At Scale? A Review of the Evidence and an Initial R&D Agenda, May 2013, D.S. Yeager, D. Paunesku, G.M. Walton, Stanford University.