What jurors say after a trial

All jurors don’t hate jury duty, but all jurors hate repetitious questions that prolong the trial. And they love judges that keep things moving

When a trial is over, win or lose, trial lawyers want to speak with jurors for feedback. In addition, many judges also want post-trial feedback from jurors. Some, but not all judges, speak to jurors directly after the verdict, and others send post-trial “thank you” letters to jurors, with questionnaires for jurors to complete and return. Here are some insights and common themes reflected in comments from jurors to judges after a trial.

First, jurors love judges. This may be unscientific and a result of non-response bias, as it is unlikely that jurors who are dissatisfied with judges will write a letter to the judge (particularly when there are so many online forums where people can and do anonymously post criticism of judges). But, this is something to keep in mind if you are tempted to treat a judge as an enemy of justice, or to display sarcasm or other disrespect. Jurors have a natural positive relationship with judges, and may see judges as their protectors who can cut off redundant questioning (“Counsel, 352, move on”), call breaks (jurors do need to use the restroom just like everyone else) and ultimately recess for the day.

For example, after a trial, one presiding juror responded to a post-verdict questionnaire as follows, “It [the trial] was occasionally boring, but only occasionally. And for the most part, I felt Your Honor did an admirable job of insulating us from some of the most tedious aspects.” Other jurors expressed similar appreciation to the judge for cutting off what the jurors perceived as repetitive questioning from counsel.

One colleague visits the jurors in the jury room to thank them for their service, after the jury has delivered its verdict, and without the lawyers being present. The judge reports that the jurors often spontaneously break out into applause the moment the judge enters the jury room. Other colleagues bring the jurors into chambers to thank them. Jurors in turn thank the judges for the experience, and many voice the opinion that the lawyers took too long to try the case.

Another colleague provided the author with a “thank you” card from jurors after the conclusion of a trial. The card was signed, “The Jurors,” and thanked the judge for “educating us, being so gracious,” for “being funny, being kind,” for “giving us a positive experience,” and for “being the best judge ever.” Individual jurors also wrote comments such as, “It has been a pleasure serving on a jury in our court. Your affection for the process is contagious,” “Thank you for caring about us,” and “I am so blessed to be a part of the team under a wonderful, very patient and awesome judge like you!”

It has been a pleasure serving on a jury? Blessed to be part of the team? When do we ever hear such strong, pro-jury duty comments mentioned in popular culture?

Another insight from jurors is that, although many may be reluctant (or outright hostile) to the idea of serving on a jury, once jurors are actually sworn in to serve, they are invested in the process, and want to do a good job. They take to heart the direction given at the beginning of the case, that “jurors must make important decisions that have consequences for the parties.” (CACI 116.)

As an example, one former juror with an online blog wrote about her experience serving on a jury. She admitted that her attitude at the beginning of the case was poor, but that serving caused her to adjust her attitude, and she ultimately concluded that “jury duty was unexpectedly cool.” She wrote that part of jury service was to make America a better place, and urged others to serve: “You have the opportunity to devote your time to help other people make important decisions.” She concluded:

What you should do is not be attempting to avoid jury duty. A significant number of people in California do not respond to jury summons. It seems to be something close to a judicial apathy epidemic. The consistent jury dodging of citizens has resulted in courts stepping up their penalty game for no-show jurors. But punishment isn’t why you should go.

Some negative themes revealed by jurors towards lawyers also emerged from juror feedback, in written questionnaire responses. One commonly expressed theme was repetitiveness. Lawyers ask the same questions over and over again, particularly in voir dire. Examples include:

“I think the process could have been quicker if maybe the attorneys asked more questions to the group at the same time and had the jurors raise hands, rather than question all individually.”

Another juror described voir dire as “a very slow process.”

No juror, however, expressed the view that voir dire was in any way unfair.

Another theme is that case presentation is disorganized. The lawyers should be better prepared. Lawyers take too long to present a case, or to make their point. Some examples include:

“The premise of this case was really extremely simple. It was made overly complicated and unnecessarily long through repetitive questioning and testimony. Counsel on both sides asked the same question or questions with just slightly different phrasing too many times to count.”

“Being a juror is not boring. It can become boring during long, repetitious [sic] questioning by counsel and during long, silent lapses by counsel when it can be perceived they are not prepared, forgetful or disorganized.”

“I felt that I was listening to and looking at the same questions over & over. That was boring,” but that overall the juror had a great time, and learned from the experience.

Jurors also commented on the conduct of counsel. Lawyers speak too loudly. Lawyers question witnesses too aggressively. Lawyers are too aggressive against each other. Direct quotes from jurors
include:

“I tried very hard not to let myself or the other jurors be affected by anything other than the evidence presented. That said, it was almost a relief afterwards to express some of my disgust for plaintiff’s counsel’s histrionics.”

“The counsel should have refrained from comments on the others’ professional conduct. It was meant to distract us, but it wasted time and annoyed us.”

As the quotes from the “thank you” card demonstrate, however, jurors also express positive comments after serving on a trial. Here are some examples:

Serving as a juror was a “very interesting and educational experience.” “Not that I wish to be called to be a juror regularly, but I am really glad I have experienced this trial. Thank you so much, your Honor!”

Multiple jurors on many different types of cases wrote that they had a great experience, and looked forward to serving again. One noted that, while it was inconvenient at the beginning to report, the juror ended up learning so much (such as court procedure and the law) that the juror would encourage friends and family to participate, and not try to get out of jury duty.

Several jurors, from multiple cases, said that the jury selection process (while repetitive) was fair.

Many jurors, from many types of cases, commented that the instructions given by the court were very clear, thorough, and helpful; and that the verdict forms were also clear. Several jurors noted that it was helpful to have the written instructions with them in the jury room during deliberationAnother juror learned a lot from listening to the testimony from the “best doctors in the country.” The same juror also stated, “I really admired the judge and all the lawyers.”

“I don’t think the process should be designed to be interesting or satisfying, at least not to the jurors. It is someone’s day in court & the process is what the process is. We all understand this.” The same juror expressed frustration with jurors who were not on time, causing delay.

Finally, the theme emerged that jurors are paying careful attention and notice everything.

The jury “especially liked the visual aids. It stuck in our memories.”

“Everyone in the jury box gets to spend an exceptional amount of time staring at the people involved in the case. It’s like watching a TV show for six hours a day that only has five people on it – the judge, two lawyers and the two [parties]. Minor characters come and go. You quickly become attuned to people’s peculiar facial expressions and habits. For example, the plaintiff’s lawyer looked near tears or fury on a constant basis.”

In sum, while some former jurors expressed frustration or criticism of the trial lasting too long, or of lawyers not acting in a civil fashion, not one juror ever criticized our system of trial by jury, or questioned the fairness thereof. The blogging juror ultimately noted:

Trial by jury is intended to protect individuals from the power of the government. It also gives people the opportunity to have a decision made by some average people. Judges do not exactly qualify as average people – in terms of income, education, or experience. You get to be in a group of average people – hopefully with a limited amount of bias but a wide variety of experience. 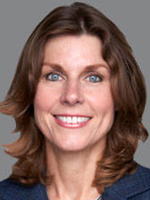 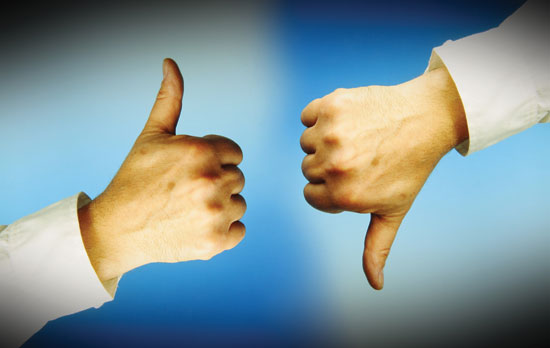