A trial is a completely different animal than litigation. In litigation, the Code of Civil Procedure is the primary guide that courts and lawyers must follow. To that end, the Code of Civil Procedure permits all types of evidence, contentions, and opinions to be asserted and produced during the course of discovery. By doing so, it allows the parties to avoid surprise by ferreting out all possible arguments and information that their opponents might use against them at trial.

However, in stark contrast, the primary guide to follow for trial work is the Evidence Code. It acts as a filter to ensure that certain arguments, documents, and opinions never enter the courtroom.

It provides a rubric by which the court protects the case from being decided or influenced by improper matter.

For this reason, the California Supreme Court’s opinion in Sargon Enterprises, Inc. v. University of Southern California (2012) 55 Cal.4th 747 makes sense. It simply reaffirms the principle that a trial court must not permit into evidence an expert opinion, that is based on a weak and speculative foundation.

The court determines all questions of admissibility

The evidence code empowers the court to determine all questions of admissibility. Although Sargon did not fully describe the origin of a trial court’s exclusionary powers, it is important to understand those powers before considering the impact of the Sargon case.

Evidence Code section 310, subdivision(a) provides that: “All questions of law (including but not limited to questions concerning the construction of statutes and other writings, the admissibility of evidence, and other rules of evidence) are to be decided by the court. Determination of issues of fact preliminary to the admission of evidence are to be decided by the court as provided in Article 2 (commencing with Section 400) of Chapter 4.” In other words, when the trial court is presented with a question about whether a piece of evidence (i.e., an expert opinion) is admissible, it must determine its admissibility by following the procedures outlined under sections 400 through 406 of the Evidence Code.

By exercising its powers under those sections, the trial court is constantly acting as a “gatekeeper” to prevent improper evidence from being admitted at trial. For example, while an expert may be qualified to testify as an expert at trial, the expert’s opinions must be relevant to be admissible. When the relevance of the expert’s opinions depends on the existence of the preliminary facts relied on in forming those opinions, Evidence Code section 403 empowers the court to determine whether or not those preliminary facts exist and whether they are permissible to serve as a basis for the experts’ ultimate opinions.

Speculative and conjectural evidence is out

For those familiar with the Evidence Code, Sargon did not change the law whatsoever. Rather, it reinforced principles that are useful to the prepared plaintiff’s attorney.

In regard to the first principle, Evidence Code section 801 provides: “If a witness is testifying as an expert, his testimony in the form of an opinion is limited to such an opinion as is ... (b) Based on matter ... that is of a type that reasonably may be relied upon by an expert in forming an opinion upon the subject to which his testimony relates, unless an expert is precluded by law from using such matter as a basis for his opinion.”

The expert’s opinions were speculative and conjectural

The expert’s opinions in Sargon were speculative and conjectural. With such a principle in mind regarding speculative opinions, Sargon’s outcome was predictable. The entire case revolved around whether Sargon Enterprises – a small dental implant company – lost $200 million to $1 billion in profits due to the established breach of contract by USC. (Id. at 753.) In other words, the big issue in Sargon was the dollar amount of the damages and the causation of those damages.

Skorheim based his ultimate opinion regarding the amount of lost profit damages on a “market share” approach. Skorheim’s “market share” approach was based upon a comparison of Sargon Enterprises to six other large, multinational dental implant companies that were the dominant leaders in the industry, and which controlled in excess of 80 percent of global sales (described as the “Big Six”). (Sargon, 55 Cal.4th at 756.) In essence, based on his “market share” approach, Skorheim opined that Sargon Enterprises would have become one of the Big Six if not for the breach of contract by USC. (Id. at 757.) Hence, Skorheim was able to project lost profits of $200 million to $1 billion dollars.

Yet, Skorheim admitted that being “innovative” bears no direct relationship to whether a company may garner a large market share. He also admitted that, even absent the breach, Sargon Enterprises would have had to remain competitive by investing significant amounts of money (which it did not have) in research and development like other major manufacturers regularly did. In essence, Skorheim’s analysis of damages was based on a completely speculative assumption that Sargon Enterprises would have become one of the Big Six implant companies in the world if the breach of contract by USC had not occurred. (Id.)

Additionally, in calculating lost profits, Skorheim did not consider any past profits that Sargon Enterprises ever realized. (Id. at 759.) Rather, he simply considered the profits of market leaders and argued that those would be Sargon Enterprises’ lost profits. (Ibid.) While the trial court, the Court of Appeal, and the California Supreme Court addressed Skorheim’s testimony and claims in greater detail than this article, it is sufficient to say that Skorheim’s testimony provided no data or basis upon which a logical connection could be made between USC’s breach of contract and Sargon Enterprises going from a $100,000 company to a $200,000,000+ company.

In its opinion, the California Supreme Court explained: “The trial court also excluded the expert testimony for proper reasons. It properly found the expert’s methodology was too speculative for the evidence to be admissible. The court assumed that Skorheim’s market share approach would be appropriate in a proper case. We will do so also. An expert might be able to make reasonably certain lost profit estimates based on a company’s share of the overall market. But Skorheim did not base his lost profit estimates on a market share Sargon had ever actually achieved. Instead, he opined that Sargon’s market share would have increased spectacularly over time to levels far above anything it had ever reached. He based his lost profit estimates on that hypothetical increased share.” (Sargon, 55 Cal.4th at 776.)

While on an initial glance, Sargon may appear to raise the burden on what expert opinions are admissible, it simply reaffirmed the law prohibiting speculative and conjectural opinions at trial. Sargon does, however, serve as a reminder of how to handle preparation of experts.

It is crucial to maintain constant communication with your experts regarding their analysis of the case. If you simply turn everything over to your experts and wait until their depositions to learn about their full analysis, it may be too late to ask them to do further analysis on an issue.

Therefore, if dealing with a similar situation with one’s own expert, constant communication allows you to identify the logical leaps in the expert’s analysis before those opinions are offered at deposition. If you were Sargon’s lawyer, then you might have asked Skorheim some of the questions the trial court asked him during the evidentiary hearing. By doing so, you could have identified the weak bases for his opinions and pushed him to gather more data to support the claim for lost profit damages.

More importantly, by insisting on constant communication with your expert, you are better able to get an idea for whether the reasoning the expert relies on is sound. After all, if your expert tells you that one of your clients would have been Michael Jordan but for having his Nikes stolen when he was 12 years old, then you would know that your expert either needs more data or needs to be let go.

Educate your experts early regarding the requirements

Another crucial thing that must be done at the outset of any retention is to educate your experts about the legal requirements for their opinions. You need to explain that it is not only their opinions that cannot be speculative, but also the studies and data the opinions are based on.

For example, there are experts who will find and rely on an “abstract” of a study, to support their opinions. However, without knowing the full details of the study, it becomes speculative to use a one-paragraph conclusion in the abstract to support their own opinions. Also, if the similarities between the data relied upon and the facts of the case differ, then the expert must know that further research and investigation are needed to develop a better foundation for whatever opinions will be offered at trial.

Provide your experts with all case materials

It is crucial to provide your experts with all the materials you have on a case. There are attorneys who isolate out certain materials for certain experts, assuming that those materials are the only ones the expert needs. However, by doing so, the attorney may overlook a crucial document that could be the linchpin of support for the expert’s opinion.

If costs are a concern, make sure to communicate that to the expert when providing the materials. Feel comfortable telling the expert that much of what you send may be irrelevant, but that you wanted to provide everything, knowing that the expert would be able to cast aside materials that are irrelevant.

With that said, there are certain experts who will relish receiving a giant stack of materials, because they see it as a wonderful opportunity to bill endless hours for reviewing all of it. When possible, you should identify and avoid such experts before you retain them. A quality expert will know what is irrelevant to his opinion and not bill you for reviewing the materials if they were not reviewed in detail.

Many attorneys turn everything over to their experts and assume that the experts will take care of everything they need at trial. However, you should not view any expert as a “pro” that you do not have to constantly vet.

Rather, you should always be probing your experts for their opinions and their foundations, and then cross-examine them before the opposing party ever takes the experts’ depositions. By doing so, you can discover the weaknesses in your expert’s opinions, point them out to the expert, and insist that further research and analysis be done to solidify the foundation for those opinions.

Educate yourself to better support your experts’ opinions

You should never coach your experts or tell them what to say. However, many experts do not take the time to do all of the independent research on a case that can be done. Consequently, it is important that you educate yourself about the subject matter of the expert’s testimony and then find research or materials that may help that expert to support his opinions.

Keep in mind that Sargon deals with the quality of the underlying data supporting an expert’s opinion. It does not address a related issue from People v. Sanchez, which governs what data might or might not be able to be discussed at trial given its hearsay nature. 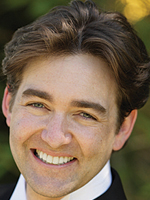 Torsten Bassell is a partner at Lari-Joni & Bassell, LLP. He has tried personal injury and wrongful death cases throughout California, resulting in verdicts featured by The Recorder and The National Law Journal as some of the ‘Top 100 Verdicts’ in California and the nation. He is a past finalist for CAALA’s Rising Star Award, CAALA’s Trial Lawyer of the Year Award and CAOC’s Street Fighter of the Year Award. 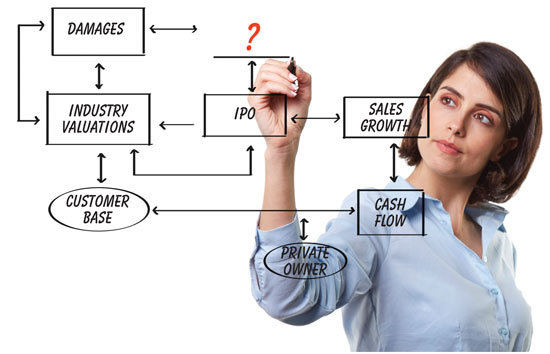