Misleading estimates qualify as a misleading statement under the Insurance Code

California is prone to massive wildfires, and things seem to be getting worse. In 1991, the Oakland Hills fires destroyed 2,843 single-family dwellings and 437 apartment and condominium units and killed 25 people. In 2003, the “Old Fire” in the San Bernardino Mountains around Lake Arrowhead burned 993 homes and caused six deaths. That same year, the Cedar Fire in San Diego County consumed 280,278 acres, burning 2,820 buildings (including 2,232 homes) and killed 15 people. In 2017, we witnessed the massive Wine Country wildfires in and around Sonoma that leveled entire neighborhoods and communities.

In the aftermath of these wildfires, California homeowners, often for the first time, must navigate their way through their homeowner’s insurance policies. Insurance is the one product we all purchase hoping we do not have to use it. “The insured in a contract like the one before us does not seek to obtain a commercial advantage by purchasing the policy – rather, he seeks protection against calamity.” (Egan v. Mutual of Omaha (1979) 24 Cal.3d 809, 819.) This is especially true with homeowner’s insurance – when their homes are destroyed by wildfire, homeowners should at least have the comfort of knowing that they will recover sufficient funds to rebuild their home.

Unfortunately, after a wildfire, homeowners often find that their insurance coverage is insufficient to rebuild the home they lost. “A United Policyholders survey of victims who lost their homes in the 2007 wildfires similarly showed that only 26 percent had sufficient coverage to repair, replace, or rebuild their homes. These victims were underinsured by an average of $240,000.” (Association of California Insurance Companies v. Jones (2017) 2 Cal.5th 376, 383.) Thousands of homeowners who are underinsured are forced to rebuild smaller and less-expensive homes, with inferior features and finishes.

In 2010, after years of homeowners’ complaints of inadequate coverage to allow them to fully rebuild after a wildfire, the California Insurance Commissioner proposed new regulations that would require insurers who provided replacement-costs estimates to consider all the factors necessary to repair or rebuild a home, and the features that are unique to each dwelling. The proposed regulation sought to “create a more consistent, comprehensive and accurate replacement cost calculation.” (Dept. of Ins., Initial Statement of Reasons, Standards and Training for Estimating Replacement Value on Homeowner’s Insurance (April 2, 2010) pp. 1, 20.) The Initial Statement of Reasons by the Commissioner also specified that estimates “not comporting with the applicable provision of the regulation will constitute making a statement with respect to the business of insurance which is misleading and which by the exercise of reasonable care should be known to be misleading, pursuant to Insurance Code section 790.03.” (Ibid.)

On October 27, 2010, the California Department of Insurance gave Notice of Availability of Changed Text and of Addition of Material to Rulemaking file and of the Amended Text of Regulations. “The proposed amended regulations take into consideration the changes requested by the comments received and act to more clearly set forth the obligations of licensees when communicating an estimate of replacement cost in the homeowner insurance market.” (Dept. of Ins., Final Statement of Reasons, Regulations on Standards and Training for Estimating Replacement Value on Homeowner’s Insurance (November 17, 2010) p. 1.)

Section 2695.183 requires all insurers that communicate a replacement cost estimate to an applicant or insured for homeowners’ insurance to satisfy specified requirements or standards.

First, “the estimate of replacement cost shall include the expenses that would reasonably be incurred to rebuild the insured structure(s) in its entirety.” (Cal. Code Regs., tit. 10, § 2695.183(a).) The estimate shall include the following: (1) Cost of labor, building materials and supplies; (2) Overhead and profit; (3) Cost of demolition and debris removal; (4) Cost of permits and architect’s plans; and (5) Consideration of components and features of the insured structure. (Cal Code Regs., tit. 10, § 2695.183(a)(1)-(5).)

The components and features of the insured structure that must be considered in the replacement cost estimate are: the type of foundation; type of frame; roofing materials and type of roof; siding materials and type of siding; whether the structure is on a slope; square footage of living space; geographic location; number of stories; age of structure; size and type of attached garage; and the materials used in interior features and finishes including type of HVAC system, walls, flooring, ceiling, fireplaces, kitchen and baths; age of structure. (Cal. Code Regs., tit. 10, § 2695.183(a)(5)(A)-(K).

Fifth, on at least an annual basis, the sources and methods used to generate the replacement cost estimate must be “kept current to reflect changes in the costs of reconstruction and rebuilding, including changes in labor, building materials, and supplies, based on the geographic location of the insured structure.” (Cal. Code Regs., tit. 10, § 2695.183(e).)

Not required to provide estimate, but if it does…

A replacement cost estimate that fails to comply with the requirements set forth in section 2695.183(a)-(e) “constitutes making a statement with respect to the business of insurance which is misleading and which by the exercise of reasonable care should be known to be misleading, pursuant to Insurance Code section 790.03.” (Cal. Code Regs., tit. 10, § 2695.183(j).)

The California Supreme Court confirmed the validity of the regulations

The trial court determined that the Commissioner exceeded his authority by defining additional acts or practices without following the procedure set forth in California Insurance Code section 790.06. Section 790.06 establishes a procedure in which the Commissioner can issue an order to show cause and initiate an administrative proceeding to determine if a method of competition, act or business practice is unfair or deceptive. (Cal. Ins. Code, § 790.06(a).) If such a determination is made, the Commissioner may issue a written report to the insurer and seek an injunction through the Attorney General. (Cal. Ins. Code, § 790.06 (b),(d).) The trial court invalidated section 2695.183.

The Court of Appeal affirmed. The appellate court reasoned that since the Legislature did not specifically set forth replacement costs estimates as an “unfair and deceptive act or practice,” the Commissioner exceeded its authority. Further, the Court of Appeals stated the only remedies available to the Commissioner were either an enforcement action under California Insurance Code section 790.05, or an administrative proceeding under section 790.06.

The Court first determined that the Commissioner had broad authority to enact the regulation. (Id. at 390-396.) California Insurance Code, section 790.10 states: “the Commissioner shall, from time to time, after notice and public hearing, promulgate reasonable rules and regulations, and amendments and additions thereto, as are necessary to administer this article.” The Court found the term “administer” was consistent with the statutory authority to adopt a regulation as set forth in California Government Code section 11342.600. (Association of California Insurance Companies, 2 Cal.5th at 392.)

After conducting an investigation, the Commissioner had the authority to determine that an incomplete replacement cost estimate “qualifies as a ‘specific kind of misleading statement’ under California Insurance Code section 790.03(b).” (Id. at 393.) Since the Commissioner complied with the requirements of an initial statement of reasons, a request for public comment, a public hearing, and an assessment of alternatives, and a final statement of reasons with responses to the public input, the Court held that the Commissioner had the authority to promulgate the Regulation.

The Court also refuted the argument that the Commissioner’s options for addressing the issue of misleading replacement cost estimates was limited to an enforcement action or injunction. It stated: “Adjudication may prove desirable when a problem is unforeseeable, when it is specialized or idiosyncratic as not to be susceptible to a general rule … Rulemaking, on the other hand, offers the agency an opportunity to research and develop all relevant argument from the affected stakeholders and address a problem in a comprehensive way that treats regulated entities in a like manner.” (Id. at 394.)

The Court held that deference should be given to the agency to address the problem of underinsurance through rulemaking. The Commissioner properly exercised its authority under California Insurance Code section 790.10 to “promulgate reasonable rules and regulations…as are necessary to administer” the provisions of the Unfair Insurance Practices Act. (Ibid.)

After determining that the Commissioner did not exceed its authority, the Court held that section 2695.183 was consistent with the purposes of the Unfair Insurance Practices Act. An estimate that fails to consider all the components of the cost to rebuild the insured structure and therefore underinsures the home is misleading. (Id. at 399.) While it recognized the possibility that a replacement cost estimate may differ from the actual cost of replacement, “the Regulation seeks to reduce the possibility that an estimate would be misleading by ensuring that the estimate include all that is reasonably knowable about actual costs at the time the insurance contract is executed.” (Ibid.)

Additionally, a replacement cost estimate that fails to consider all the relevant factors may be a form of unfair competition when “compared with a competitor’s estimate that did faithfully account for each component necessary to rebuild the dwelling. (Id. at 400. (Emphasis in original).) When cost components essential to rebuilding the dwelling are omitted, the Commissioner could conclude they are “likely to mislead the public.” (Ibid.)

The California Insurance Commissioner, through its properly exercised authority under the Unfair Insurance Practices Act, has specifically set forth the components which insurers are required to follow when they elect to provide a replacement cost estimate to applicants or insureds. If an insurer provides a replacement cost estimate, it is required to comply and include all the components set forth in California Code of Regulations, title 10, section 2695.183. The failure to do so would be actionable as a misrepresentation or as a misleading statement.

Further, since all insurers are required to comply with the Regulation in providing replacement-cost estimates, it would also constitute a form of unfair competition under California Business and Professions Code section 17200 as an “unlawful, unfair or fraudulent business act or practice.”

Ricardo Echeverria is a trial attorney with Shernoff Bidart Echeverria LLP, where he handles both insurance bad-faith and catastrophic personal-injury cases.  He is currently the incoming President of CAALA and was named the 2010 CAALA Trial Lawyer of the Year, the 2011 Jennifer Brooks Lawyer of the Year by the Western San Bernardino County Bar Association, and a 2012 Outstanding Trial Lawyer by the Consumer Attorneys of San Diego. He was also a finalist for the CAOC Consumer Attorney of the Year Award in both 2007 and 2009, and is also a member of ABOTA and the American College of Trial Lawyers. 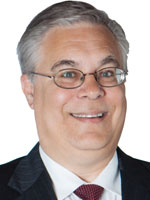 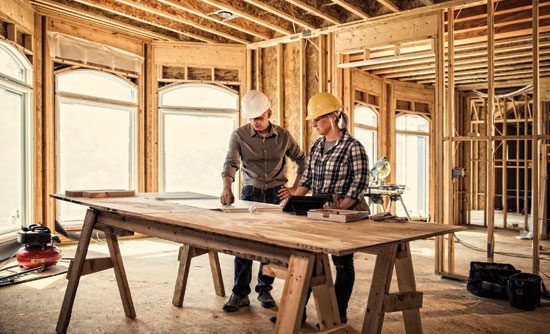