The sound of silence

Silence always has a cost – lawyers on both sides try to bargain for that admission ticket for silence. Now the landscape has changed.

In sexual-harassment cases, potential clients come to you traumatized, damaged and often terrified in the wake of the sometimes deeply disturbing conduct they endured during the course of their work. Unfortunately, the legal system is limited in what it can provide an aggrieved person who has endured awful things that can never be undone. For the vast majority of claims, the parties conduct settlement discussions, engage in the mediation process and often settle the claims for a monetary sum. In the settlement context, the goal of the plaintiff’s attorney is to seek to maximize the monetary recovery to provide the best settlement possible for their clients.

New California laws enacted as of January 1, 2019 in the wake of the #MeToo movement’s change in the American zeitgeist have altered the landscape of the legality of some key settlement terms. The new laws seek to protect the vulnerable among us in the workplace by greatly restricting the availability of confidentiality and related terms in settlement agreement. The policy behind the new laws is to further the interests and to better protect people by prohibiting the purchase of silence from the aggrieved victims of reprehensible conduct. While the new laws will hopefully have a significant positive impact for victims, the change in the landscape of the legally acceptable parameters of settlement agreements with regard to confidentiality may also have a chilling effect on settlements and dollars offered. The practical results of the protective measures, in some instances, may actually diminish settlement recovery for claimants who simply wish to informally resolve their claims and move on with their lives.

In the past, employers frequently insisted on the inclusion of confidentiality and non-disparagement terms in settlement agreements in order to be able to enforce silence on the part of the employee after settlement. Now, in sexual assault, sexual harassment, workplace harassment or failure to prevent sex-discrimination cases, terms that seek to prevent the disclosure of information are void as a matter of law and against public policy. While the new laws offer greater protection for potential victims in the workplace, they present some practical challenges to attorneys in the settlement context, as certain bargained-for terms are now impermissible for inclusion in settlement and other agreements.

New laws regarding confidentiality and non-disparagement

To provide for additional anonymity for the claims, CCP section 1001 (c) states that “[n]otwithstanding subdivision (a) and (b), a provision that shields the identity of the claimant and all facts that could lead to the discovery of his or her identity, including pleadings filed in court, may be included within a settlement agreement at the request of the claimant…” While the claimant is not to be prohibited from disclosing the facts of their claim in a settlement agreement, terms keeping the victim’s identity confidential are permissible. However, this section does not apply if a government agency or public official is a party to the settlement agreement.

The terms in settlement agreements that seek to prevent an alleged victim of the aforementioned types of wrongs from disclosing factual information related to their claims of sexual assault or harassment or discrimination, including retaliation for reporting sexual harassment or discrimination, are no longer permitted as they are expressly prohibited. However, CCP section 1001, subdivision (a) expressly places the prohibition on claims that have ripened into a “claim filed in a civil action or a complaint filed in an administrative action.” This specific reference to the stage of the claim appears to leave the door open for the inclusion of non-disclosure terms in a settlement agreement in the event that the matter has not yet been filed as a civil action or as an administrative claim. In the event that a dispute has advanced to the filing stage, such restrictive terms are now void in an agreement that attempts to restrict the disclosure of such facts.

As an extra layer of protection for alleged victims, while the accused is not afforded any anonymity or confidentiality, a claimant may request a provision in the agreement that conceals all of his or her identifying information. However, the new statute does not limit the parties’ ability to keep the settlement amount confidential. (Code Civ. Proc., § 1001, subd. (e).)

In the context of alleged criminal conduct and sexual-harassment cases, it has been common for accused parties to seek to buy the silence of claimants when negotiating claims. However, in contemplating potential legal or administrative process in a different case or official matter, it can become an issue as to how that claimant proceeds in response. As an added protection to claimants who allege such wrongful conduct, Civil Code section 1670.11 provides a strict rule prohibiting language in settlement agreements that seeks to silence the claimant from testifying in court cases or administrative hearings. This section renders as void and unenforceable any provision in a contract or settlement agreement entered into on or after January 1, 2019, that waives a party’s right to testify in an administrative, legislative, or judicial proceeding concerning alleged criminal conduct or alleged sexual harassment on the part of the other party to the contract or settlement agreement, or on the part of the agents or employees of the other party, when the party has been required or requested to attend the proceeding pursuant to a court order, subpoena, or written request from an administrative agency.

Unlike CCP section 1001, Civil Code section 1670.11 is not expressly dependent on the procedural posture or stage of the claim. Regardless of whether the claim is handled in the pre-litigation and/or administrative complaint phase, provisions in all settlement agreements entered into after January 1, 2019 that waive a party’s right to testify under the enumerated circumstances are void and unenforceable – period. However, the statute’s plain language does not prevent the inclusion of language in agreements that provide that claimants are to notify released parties of any required or requested testimony prior to any such proceeding.

For purposes of settlement negotiation and the drafting and enforceability of settlement agreement terms, note that Government Code section 12964.5 makes it an unlawful employment practice for an employer, in exchange for a raise or bonus or as a condition of employment or continued employment, to do the following:

Require an employee to sign a release stating the employee does not possess any claim or injury against the employer or other covered entity, and include the release of a right to file and pursue a civil action or complaint with, or otherwise notify, a state agency, law enforcement agency, court, or other governmental entity (Gov. Code, § 12964.5(1)(B).); or

Require an employee to sign a non-disparagement agreement or other document that purports to deny the employee the right to disclose information about unlawful acts in the workplace, including, but not limited to, sexual harassment. (Gov. Code, § 12964.5(1)(C).)

This is especially germane to the topic of settlement agreements when a negotiation targets the possibility of the employee continuing in their employment if not previously terminated, or if there is desired rehiring of that employee. In such an event, the aforementioned code sections would render the potentially relevant waiver of claims or a non-disparagement agreement unlawful.

In the mediation or negotiation context, these new laws will certainly lead to different ways of negotiation and evaluation of settlement offers and responses, as the laws may lead to different settlement outcomes depending on the circumstances. Careful and creative thinking will need to be employed in order to obtain a good result for the client.

The timing and procedural posture are now more significant, based on what terms regarding confidentiality are permissible. If a claimant reaches out to an alleged tortfeasor or their counsel before filing an administrative claim (e.g., FEHA or EEOC), CCP section 1001 prohibitions regarding confidentiality agreements may not apply to a settlement agreement at that point in the dispute, as the matter has not ripened into a “…civil action or a complaint filed in an administrative action.” As such, the express prohibitions against entering into a confidentiality agreement in harassment cases do not appear to directly apply, and the admission ticket to silence may still be purchased.

Such confidentiality agreements are often sought by defense counsel in order to seek to protect their clients by attempting to keep the alleged offensive conduct out of the public eye where such scrutiny can have serious negative consequences. Confidentiality provisions can afford a claimant a negotiation advantage by seeking a greater sum of money in exchange for silence.

While the new statute seeks to guarantee a voice for victims of sexual harassment and sexual assault, if a monetary settlement is desired, the lack of ability to have an enforceable confidentiality agreement may make it generally less likely that putative defendants will settle claims in the litigation or administrative context. And, in the event that a settlement is negotiated, the laws preventing silence may decrease the monetary amount of settlements since the alleged perpetrator cannot buy silence, even if the claimant ostensibly agreed that they would keep the underlying facts confidential.

However, there appears to be an advantage for employers to settle claims early, in the pre-litigation stage, in order to perhaps avail themselves of the confidentiality that they may be able to buy. Once a claim is filed with an administrative agency or in the courts, such confidentiality is no longer permitted per the statutes. As a practical matter, plaintiff’s counsel should seriously consider making their pre-litigation demands more detailed and factually substantial, as the recipient of such a demand starting in 2019 may be more inclined than before in trying to informally resolve the matter. 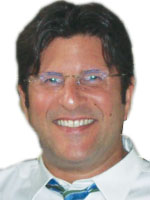 Robert Reichman is the founding member of the Law Offices of Robert E Reichman in Los Angeles focusing on employment, business and entertainment cases. He represents clients in state and federal court and arbitrations. Mr. Reichman enjoys playing guitar, hiking and speculating in real estate. 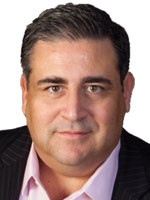 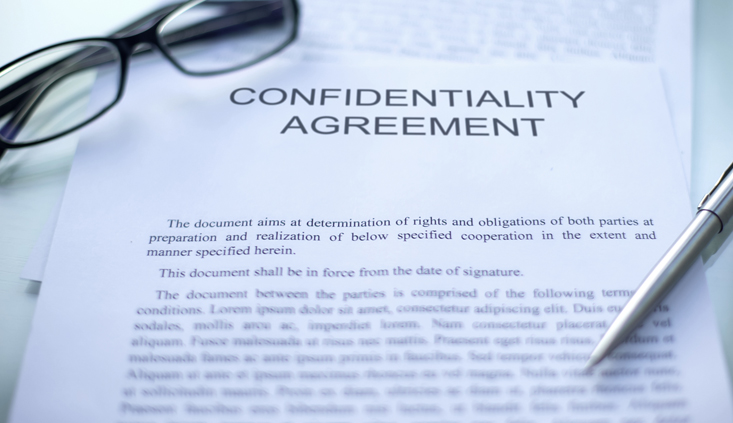