Plaintiff John Blanco was hired by Defendant Precision Tool and Dye Company in 2010. He earned $10.00 per hour as a machine operator. He claims he often worked eight-hour days, but sometimes nine- to 10-hour days, occasionally missing meal and rest breaks. On June 10, 2016 he severely injured his back while attempting to move heavy machinery. Mr. Blanco immediately reported the incident and sought urgent medical care and claims Precision refused to permit him to see a doctor. Plaintiff complained of pain throughout the day until finally defendant relented and took him to a doctor. The doctor placed plaintiff on modified duty, where he was restricted from lifting, pushing or pulling more than 10 pounds of weight. Defendant failed to accommodate Plaintiff’s work restrictions by placing him back on regular duty.

Over the next few weeks plaintiff claims he complained about the worsening pain and the need for an accommodation. Plaintiff worked under these conditions, sometimes 9 to 10 hours, and sometimes without a meal or rest break, until he could no longer endure the pain and asked for a Medical Leave of Absence. Rather than giving him a medical leave or discuss with him the availability of alternate positions for him at the company, he claims Precision instead immediately terminated his employment.

Plaintiff has filed suit under FEHA for disability discrimination, failure to engage, failure to accommodate, retaliation, unpaid overtime wages, meal and rest break claims, non-accurate wage statements, waiting time, and related claims. Plaintiff also claims defendant only paid for 40 hours a week and did not keep timecards for its employees. Defendant claims that the plaintiff was on medical leave, collected disability, and chose not to return; that payroll records show overtime was regularly paid; that employees filled out daily time sheets, and that plaintiff lied on his employment application. Defendant would call to inquire about plaintiff’s medical condition, and he never returned the phone calls. The case was mediated twice without success. Plaintiff cannot afford a third mediation, the parties have completed discovery, are back in court for a Post-Mediation Status Conference, with a trial date that is 60 days out. What should the parties do?

In the scenario above, the parties attempted early mediation without success because they had not engaged in enough discovery to be able to fairly evaluate the value of the case. In the second attempt at mediation, the economic climate for defendant Precision Tool and Dye had changed for the worse, and while the parties were now better able to evaluate the case, defendant’s offers to settle were now based on an entirely different economic reality. Neither side could afford nor saw any value in conducting a third mediation. This was the perfect time, pursuant to California Rules of Court 3.1380 and Los Angeles Superior Court Rule 3.25 (d)(e), for the trial court on its own motion or at the request of any party, to order the parties to attend a Judicial Mandatory Settlement Conference (“MSC”). While courts may hear their own MSCs, the preferred practice is to refer the matter to the court’s MSC Program.

The Los Angeles Superior Court’s Mandatory Settlement Conference Program is free of charge and is staffed by experienced sitting civil court judges who dedicate their time exclusively to presiding over MSCs. The judges presiding over the MSC conferences and their locations are identified on the Court’s website. In addition to the authors, the other judges in the program are: Judge Lisa Hart Cole, Judge James R. Dunn, Judge Edward A. Ferns and Judge Debre K. Weintraub. The MSC Program was recently expanded from four to six full-time dedicated judges under the leadership of Presiding Judge Kevin C. Brazile, and under the supervision of Civil Division Supervising Judge Samantha P. Jessner.

This program is available in general jurisdiction cases by order of the Independent Calendar (IC) and Complex Courts. While the Personal Injury Master Calendar Courts now have their own Personal Injury Mediation Program, staffed by volunteer attorneys, those cases sometimes end up in the Judicial MSC program when the case is deemed “complicated” and is pending in an IC department.

While we may preside over complex cases and cases of well-funded litigants, we are also the no-cost alternative for parties who cannot afford private mediation and would have nowhere else to turn for ADR services. It is our preference that we see the parties within the last 60 days before the trial. The lawyers tell us how much they appreciate that a program such as this exists where the parties can interact with and resolve their disputes with the help of a sitting judge so close to the trial date. However, and to be clear, the Court’s MSC Program is not in competition with private ADR providers. It is an asset and resource that is available preferably after private mediation or without the benefit of prior mediation.

The MSC referral, intake process, and governing rules and procedures

Referrals to the Court’s MSC Program are initiated by court order, and are accompanied by an MSC intake form that can be obtained from the court’s website: LACourt.org, Division, Civil, Judicial Mandatory Settlement Conference. The intake form must be jointly completed and once completed, emailed to This email address is being protected from spambots. You need JavaScript enabled to view it.. The intake form will require certain information, such as preferred MSC dates, trial date, law and motion status (pending MSJ, discovery, etc.), brief description of the case, last demands and offers, etc. It may take some time after receipt of the completed intake form for the court to respond to the parties with an assigned date and judicial officer. Once that occurs, the parties will be instructed to submit a five-page settlement statement (do not submit a recycled brief in lieu of a responsive five-page MSC statement).

The California Rules of Court (CRC 3.1380) and the Superior Court Rule (Rule 3.25(e)) require that the settlement statement be served on the opposing side. There are no exceptions to the rule. The settlement statement facilitates a more productive conference where both sides are better informed about their respective positions in advance of the meeting. The parties are also allowed to file a five-page (or less) Confidential Settlement Statement which need not be served on opposing sides, and should be captioned as “Confidential.” The rules also require that these statements be submitted five court days in advance of the hearing. The statements should be emailed or lodged with the Settlement Court, but not e-filed. The failure to comply with these rules places an unfair burden on our Courtroom Assistants, who already spend far too much time tracking down lawyers to get them to file timely settlement statements. So, please remember the 5 + 5 rule for all MSCs.

The rules mandate that trial counsel, parties, and persons, including insurance company representatives, with full settlement authority must attend in person, unless the settlement judge (not the trial judge) excuses personal appearance for “good cause.”  While the court maintains confidentiality, the parties are reminded that the MSC is governed by Evidence Code section 1152 (not Evidence Code sections 1115-1128), which provides confidentiality in the context of Mediations.

Preparation before, and the mechanics of the settlement conference

Lawyers should spend time educating and explaining the MSC process to their clients. It is a time for Civility, Collaboration, Cooperation, Consideration, and Compromise (five C’s), not war. It is a time, with the MSC Judge’s assistance, to manage client expectations. You must be patient and trust the process, especially when negotiations between the parties are moving slowly. Even when the parties begin the settlement conference with strongly held, entrenched views and expectations, with trust and patience, breakthroughs often occur and favorable outcomes are achieved.

The mechanics of a settlement conference are much like mediation. When all parties, trial attorneys, and decision makers are present, they will be asked to sign a “Statement of Policies and Procedures for Mandatory Settlement Conferences” which explains the process, the rules governing the process, the impartiality of the judges, techniques used during the settlement conference, confidentiality, and that the ultimate decision to settle rests with each party and their counsel. While each MSC judge may employ different settlement styles and approaches, the parties are generally separated into private rooms, where settlement discussions are conducted privately, and the clients are invited to take an active role in settlement discussions. The discussions will involve “distributive bargaining,” and may be “evaluative” as well as “facilitative,” while the settlement judge maintains fairness and neutrality throughout the process. MSC judges strive to understand and appreciate each side’s settlement position without prejudging, while moving the parties closer to resolution.

When a settlement is reached

Resolution between some or all the parties to a complaint and/or cross-complaint will be reduced to writing when agreed upon by each party and their counsel. The court will supply the parties with a short-form settlement agreement. Occasionally the parties have proposed settlement agreements that they seek to use instead, which can work if agreed upon by all parties. Court reporters are not available at the conference. Plaintiff and/or cross-complainant will be directed to file a Notice of Settlement in the IC court. Often the settlement judge will also advise the IC judge that the case has settled and to set an OSC re Dismissal, but at no time will the judge presiding at the MSC communicate with the trial judge about the settlement negotiations.

Like the employment law hypothetical set out at the beginning of this article, we generally see cases when all avenues of dispute resolution have been exhausted or were never initiated. This could be your last stop with a neutral who happens to be a sitting judge before the start of a lengthy, stressful, and uncertain trial. Mistrials, lengthy appeals, delays, and damaged relationships often occur. Settlements bring control, closure, and certainty over the outcome. You and your client must fully engage and trust the process, and in the end, after a hearty try, if the parties cannot close the deal, at least you will have done your best to avoid the unpredictable outcomes of trial. We finally ask that you remember the 5+5 rules, i.e., five page briefs, five days before the MSC, and conduct yourselves with Civility, Collaboration, Cooperation, Consideration, and Compromise (5 C’s). We are committed to helping you settle your cases! 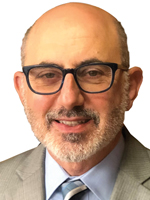 Judge Zaven V. Sinanian currently serves as Assistant Supervising Judge in the Civil Division where he oversees the Los Angeles Superior Court Judicial Mandatory Settlement Program. He was appointed to the Superior Court of California, County of Los Angeles, in June 2002. Since his appointment, he has been assigned to criminal, family, and civil courtrooms. He previously presided over a “fast track” general jurisdiction civil courtroom at the Stanley Mosk Courthouse. 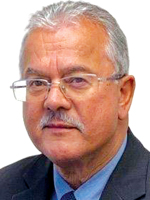 Judge Abraham Khan has sat on the Los Angeles Municipal and Superior Courts for over 30 years. He currently presides over a Settlement Court in the Civil Division of the Spring Street Courthouse. He has presided over various Independent Calendar Fast Track Courts for many years in both the Pomona and Stanley Mosk Courthouses. He is a former Accountant, Contract Administrator for the City of Los Angeles, Deputy Public Defender, Deputy District Attorney in the Major Fraud Division, and Deputy City Attorney in the Rent Stabilization and Slum Housing Task Force Division. He has served as a former Presiding and Assistant Presiding Judge, a Supervising Judge of the Criminal Courts during the O.J. Simpson Trial, and as a Site Supervising Judge in various courthouses. He has received numerous awards for community service, and continues to serve the legal community with honor, dedication and distinction.