A look at RPDs, the most typical area of discovery disputes

In the last several years in which I have presided over both a Personal Injury and an Independent Calendar courtroom at the Stanley Mosk Courthouse, I have found that the most typical area of discovery disputes involve a motion to compel a further response (“MTCFR”) to RPDs. I estimate that I grant approximately 90+% of such motions for one simple reason: The responses at issue are not “code-compliant.” It is the goal of this article to educate both the Bar (as well as perhaps even the Bench) of the common mistakes and pitfalls concerning such formal responses, and moreover, to educate litigators as to how to ensure that their client’s formal responses to RPDs are “code-compliant.”

In order to approach this task, it is best to first understand the fundamental purpose of the formal response itself, as opposed to other collateral matters such as the actual production of the documents – suffice it to state, they are not the same. The purpose of the response is to clearly inform the demanding party as to what you (the responding party) are going to do for each individual RPD. The response is not intended nor designed to identify (or even actually produce) the specific documents you will be producing.

Depending on which formal response one utilizes, there will be mandatory language which must be contained in each response.

The easiest and non-controversial response is when the responding party has agreed to produce all documents for production without objection. A common mistake, though, is that such a formal response does not contain the mandatory language under Code of Civil Procedure (CCP) section 2031.220. For example, many CCP § 2031.220 responses merely state: “See the attached documents [or Bate Stamp numbers 00001 to 10000”] or perhaps they simply describe each document they intend or are concurrently producing with the response. This is not a code-compliant response, since it is unclear as to whether you are producing all or part of the responsive documents in your current possession, custody or control.

For a response that contains a “partial objection” to a demand, the responding party must comply with CCP § 2031.240 (a). For example, a typical RPD response will contain several objections, and then state: “Without waiving said objections, the responding party further responds as follows. . .” In such a case, you must still comply with CCP § 2031.220 and/or CCP § 2031.230 (as the case may be) to the “remainder of that item or category.”

Here is food for thought: If there aren’t any actual documents in the demanded category, which are in the custody, possession or control of the responding party, then simply do not object. The responding party should only “object” if there are actual responsive documents in such custody, possession or control, and which the responding party doesn’t want to produce. In other words, there is some good reason you do not want to produce such document(s). Keep in mind that this is not an academic exercise involving hypothetical documents, which may apply to the demanded category. Don’t interject an objection unless there are actual documents you want to protect from disclosure to the propounding party.

Of course, the purpose of CCP § 2031.240 (b) (1) and (2) should be self-evident. It tells the responding party what type of documents you have that you don’t want to produce, so the demanding party may then determine whether or not to challenge the failure to produce those documents, in view of the stated legal basis for the refusal to produce them.

Another common mistake in MTCFR to RPDs is when the moving party essentially complains that certain documents (or that no documents at all) have been produced to date. That fact, if true, has nothing to do directly with an MTCFR. This situation would involve a different statutory motion. For example, if the responding party has failed to produce the promised documents, per its formal response, then you must file a motion to compel compliance with that response. (Code Civ. Proc., § 2031.320.) If the documents have been improperly produced, in that they were not produced “in the usual course of business, or be organized and labeled to correspond with the categories in the demand,” then one must file a motion to comply with CCP § 2031.280, vis-à-vis CCP § 2031.320. The good news is that none of those motions are subject to a 45-day jurisdictional time limit, nor do they require a “meet and confer” or a separate statement under CRC, rule 3.1345. (Cf. Code Civ. Proc., § 2031.310 (c).)

Last, but not least, there is the issue of medical records and HIPPA releases, which frequently arises in personal injury litigation. In my rulings I have taken the following positions: First, the court cannot compel a party to sign a HIPPA release, vis-à-vis an RPD. That would, in essence, require a party to create a document that doesn’t currently exist. RPDs are for the production of documents which already exist. Be that as it may, I would inevitably find that a party has “possession, custody, or control” of their own medical records. In other words, to the extent the party (or his/her lawyers) do not have possession or custody of such medical records, the party certainly has reasonable “control” of such documents. So I give that party a choice: Either use that “control” and obtain the medical records on your own, and then provide same to the demanding party, as may be required by law, or simply sign a HIPPA release to allow the demanding party to obtain the medical records by means of a Subpoena Duces Tecum.

In conclusion, when preparing the formal responses to an RPD, one should keep these requirements and suggested practices in mind. Moreover, one should be mindful of the fact that during trial, the opposing counsel will likely be able to question the person who signed the verification before the trier of fact. For example, if your client utilizes an “inability to comply” response, it will certainly be a fair question for opposing counsel to ask: “Please tell the (jury or judge) what exactly did you do to conduct the ‘diligent search and a reasonable inquiry’ in the effort to comply with the demand?” Needless to state, this question could be quite embarrassing to your client, especially if it becomes inherently clear that the client could have found such documents if a “diligent search and a reasonable inquiry” had, in fact, been made. The point to be made is this: The formal response is critical since the person who verifies it can be held responsible for it, including the mandatory language therein. 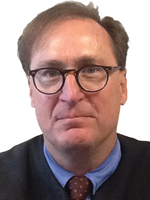 Randolph M. Hammock is a Superior Court Judge, currently sitting in an Independent Calendar (“IC”) Court at the Stanley Mosk Courthouse, in which he presides over unlimited civil cases. He graduated from San Diego State University (1980) and the University of San Diego, School of Law (1983). During his almost 25 years of practicing law (primarily as a civil trial attorney), Judge Hammock was admitted to and actively practiced law in a total of 15 states, as well as over 20 federal district courts and courts of appeal. As such, he is likely to have had passed more bar exams than any other practicing lawyer in the United States. He was a member of LATLA/CAALA from the mid 1980s to his appointment as a Superior Court Referee in the juvenile dependency court in 2008, where he served until he was elected as a Judge of the Los Angeles Superior Court in 2010. He has been a member of the American Board of Trial Advocates (ABOTA) since 2000. 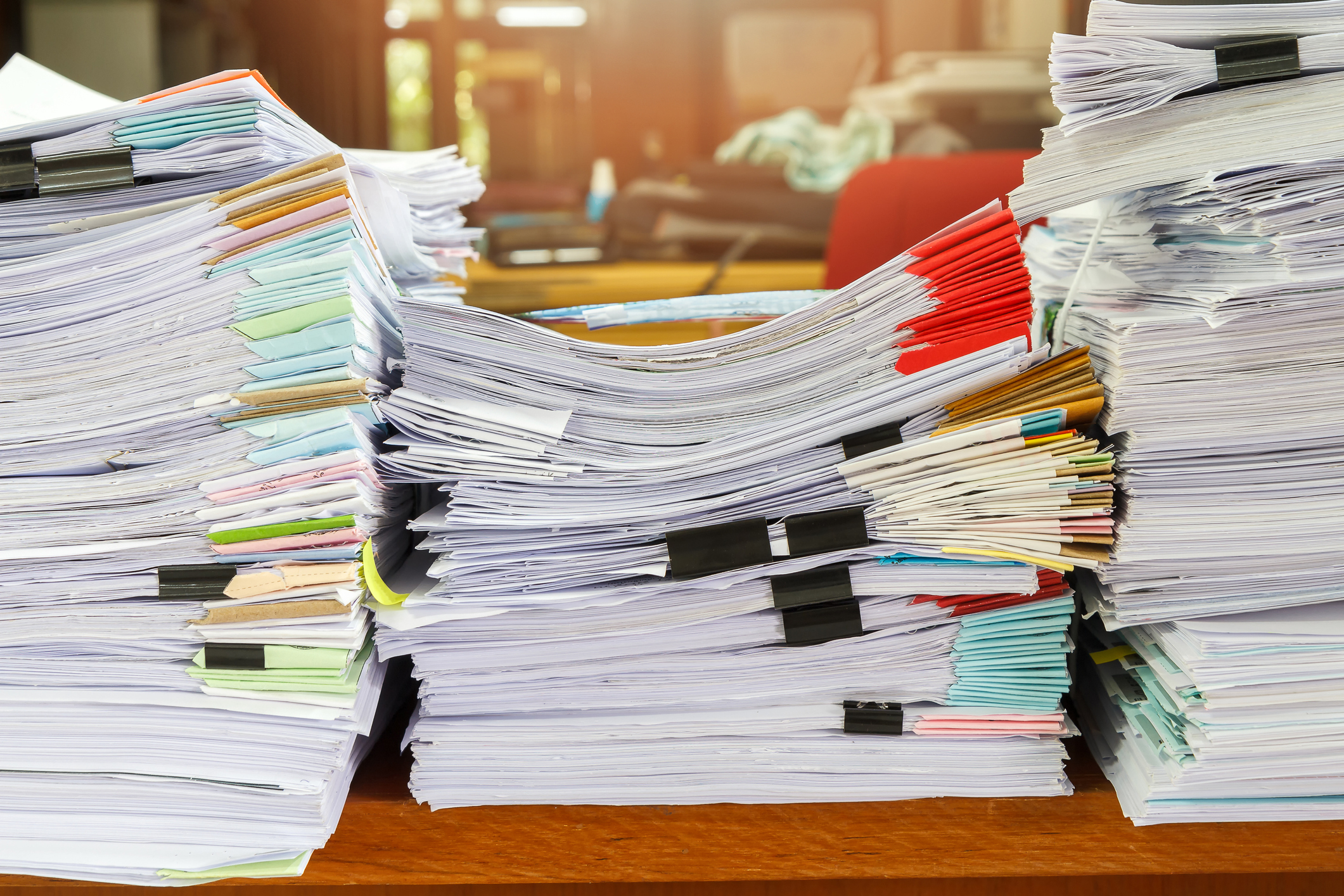 2 “A statement that the party to whom a demand for inspection, copying, testing, or sampling has been directed will comply with the particular demand shall state that the production, inspection, copying, testing, or sampling, and related activity demanded, will be allowed either in whole or in part, and that all documents or things in the demanded category that are in the possession, custody, or control of that party and to which no objection is being made will be included in the production.” (Emphasis added.) This is the mandatory language which must be used, verbatim, in such a response.

3 “. . . [T]he response shall contain a statement of compliance, or a representation of inability to comply with respect to the remainder of that item or category.” (Emphasis added.)

4 A representation of inability to comply with the particular demand for inspection, copying, testing, or sampling shall affirm that a diligent search and a reasonable inquiry has been made in an effort to comply with that demand. This statement shall also specify whether the inability to comply is because the particular item or category has never existed, has been destroyed, has been lost, misplaced, or stolen, or has never been, or is no longer, in the possession, custody, or control of the responding party. The statement shall set forth the name and address of any natural person or organization known or believed by that party to have possession, custody, or control of that item or category of item.

5 (b) If the responding party objects to the demand for inspection, copying, testing, or sampling of an item or category of item, the response shall do both of the following: (1) Identify with particularity any document, tangible thing, land, or electronically stored information falling within any category of item in the demand to which an objection is being made. (2) Set forth clearly the extent of, and the specific ground for, the objection. If an objection is based on a claim of privilege, the particular privilege invoked shall be stated. If an objection is based on a claim that the information sought is protected work product under Chapter 4 (commencing with Section 2018.010), that claim shall be expressly asserted. (Emphasis added.)

6 “. . . [I]f an objection to a document request is based on a claim of privilege or work product, then the response to the request “shall provide sufficient factual information for other parties to evaluate the merits of that claim, including, if necessary, a privilege log.” Again, the only argument in Riddell’s petition against providing a privilege log of documents Riddell has withheld from document productions Riddell has already undertaken is that it would be burdensome. Riddell cites no authority for such an exception to the statutory requirement of producing a privilege log, and we are aware of none.”

7 It should be noted that the parties are, of course, free to extend that 45-day time limit, but must do so to “any specific later date to which the demanding party and the responding party have agreed in writing . . .”  Id. (Emphasis added.)  Also, one should note the difference in this requirement versus the requirement applicable for the extension of time to respond to a RPD request, as contained in CCP § 2031.270 (b). The former appears to require a more formal agreement.