ADP screwed up your pay check?

Look to the employer, not the payroll processor

Who needs to know about this case?  Lawyers handling wage-and-hour litigation in California; lawyers making or facing claims based on a third-party-beneficiary theory or a negligent-performance of contract theory.

Why it’s important: (1) Holds that employees may not sue payroll-processing companies for substandard or negligent performance of the payroll-processor’s duties; (2) provides additional clarity about when claims based on a third-party-beneficiary theory will be viable.

Goonewardene sued her employer, Altour, in 2012 for wrongful termination and Labor Code violations. In a fourth-amended complaint, she sought to add a UCL claim against Altour’s payroll processor, ADP. She then filed a motion for leave to file a fifth-amended complaint that would have asserted breach-of-contract, negligence, and negligent- misrepresentation claims against ADP. The trial court sustained ADP’s demurrer without leave to amend. The Court of Appeal reversed, finding that a proposed sixth-amended complaint stated viable claims against ADP for breach of contract, negligent misrepresentation, and negligence based on allegations that ADP performed payroll services for plaintiff’s benefit in an inaccurate and negligent manner. The California Supreme Court granted review and reversed in a unanimous decision.

Negligence/negligent misrepresentation. In light of a variety of policy considerations that are present in the wage-and-hour setting, we conclude that it is neither necessary nor appropriate to impose upon a payroll company a tort duty of care with regard to the obligations owed to an employee under the applicable labor statutes and wage orders and consequently that the negligence and negligent misrepresentation causes of action lack merit.

Yu hired ATMI, a general contractor, to design and build a hotel. After the hotel opened, Yu sued ATMI for construction defects, praying for damages of not less than $10 million. ATMI filed a cross-complaint against its subcontrators, including Fitch. The cross-complaint sought damages “according to proof.” Yu settled with ATMI, with ATMI assigning to Yu its rights against Fitch. Yu obtained a $1.2 million default judgment. When Yu then sued Fitch’s insurers seeking to enforce the judgment, the trial court voided the default judgment, finding that ATMI’s cross-complaint never stated the amount of damages sought. Yu appealed. Affirmed.

Section 425.10, subdivision (a) of the Code of Civil Procedure states that a cross-complaint must contain “a demand for judgment for the relief to which the pleader claims to be entitled. If the recovery of money or damages is demanded, the amount demanded shall be stated.” A default judgment that exceeds the amount of damages demanded is void.

Plaintiffs were seriously injured, and their daughter was killed, in an automobile collision caused by a driver who was using the FaceTime application on his iPhone 6. The Modisettes sued Apple for products liability, alleging that Apple had wrongfully failed to implement in the iPhone 6 a safer alternative design that would have automatically prevented drivers from utilizing FaceTime while driving at highway speed (lockout technology). The Modisettes also alleged that Apple had failed to warn users that the iPhone “was likely to be dangerous when used or misused in a reasonably foreseeable manner.” The Modisettes alleged that Apple “had a legal duty to ... use due care in the design, manufacture, and sale of its iPhone 6 Plus” and that Apple had “breached that duty by failing to use reasonable care to design and manufacture [the phone] with the safer, alternative ‘lock-out’ technology it had already developed to prevent the use of its pre-installed ‘FaceTime’ application during a driver’s operation of a motor vehicle.” The trial court sustained Apple’s demurrer without leave to amend, finding that it owed no duty of care to the Modisettes. Affirmed.

While several of the factors articulated in Roland v. Christian, which courts use to determine whether to create an exception from the general duty of care imposed by Civil Code section 1714 do favor the plaintiffs, ultimately the court concluded that no duty was owed. In particular, the court concluded, “first, that there was not a ‘close’ connection between Apple’s conduct and the Modisettes’ injuries and, second, that ‘the extent of the burden to Apple and consequences to the community of imposing a duty to exercise care with resulting liability for breach’ would be too great if a duty were recognized.

A duty of care will not be held to exist even as to foreseeable injuries ... where the social utility of the activity concerned is so great, and avoidance of the injuries so burdensome to society, as to outweigh the compensatory and cost-internalization values of negligence liability. “The Modisettes’ complaint alleges a duty that, at its core, may preclude cellular-phone manufacturers from allowing the use of phones while driving, notwithstanding California law that expressly permits such uses under certain circumstances.”

Tilly’s adopted the following on-call scheduling process for its employees: Employees are assigned on-call shifts but are not told until they call in two hours before their shifts start whether they should actually come in to work. If they are told to come in, they are paid for the shifts; if not, they do not receive any compensation for having been “on call.” Plaintiff Ward filed a putative class-action against Tilly’s, arguing that Tilly’s scheduling practices required it to pay “reporting time pay” under Wage Order 7, and that Tilly’s violated California law by not properly compensating its employees. The trial court sustained Tilly’s demurrer without leave to amend. Reversed.

“(A) Each workday an employee is required to report for work and does report, but is not put to work or is furnished less than half said employee’s usual or scheduled day’s work, the employee shall be paid for half the usual or scheduled day’s work, but in no event for less than two (2) hours nor more than four (4) hours, at the employee’s regular rate of pay, which shall not be less than the minimum wage. . . .

Tilly’s argues that “report[ing] for work” requires an employee’s physical presence at the workplace at the start of a scheduled shift. Tilly’s says: “[A]n employee only reports for work by being present (reporting) at the start of the shift (for work). That is the plain meaning of Wage Order 7.” Thus, Tilly’s urges, “the plain meaning of ‘report for work’ requires an employee to present herself at the start of a shift – not merely to verify the schedule in advance.” Amicus Abercrombie & Fitch Stores, Inc. urges us to interpret “report for work” in similar fashion, suggesting that Wage Order 7 requires reporting time pay only “if the employee (1) shows up (‘reports’) (2) ready for work (‘for work’).” By thus interpreting “report[ing] for work” to mean physical presence at the work site, amicus asserts the IWC “drew and maintained” a “bright-line rule.”

Plaintiff, in contrast, asserts that Wage Order 7 is triggered by any manner of reporting, whether in person, telephonic, or otherwise. She says: “There is no specific language in [the] phrase [report for work] that requires or necessitates that such reporting be physical in nature. In short, the face of the wage order does not include an element requiring that workers physically present themselves at a workplace.” Thus, plaintiff urges: “In the modern era, where many workers complete their tasks remotely, use telephones to clock in and clock out for timekeeping purposes, and, check for shifts telephonically, a commonsense and ordinary reading of the order would include the reporting that Plaintiff engaged in in accordance with Tilly’s policies.”

The Court held that the text of Wage Order 7, alone, is not determinative of the question, because, as a purely linguistic matter, it is not obvious whether “reporting for work” requires the employee’s presence at a particular place and time, or whether it may be satisfied by the employee presenting himself or herself in whatever manner the employer has directed, including, as in this case, by telephone, two hours before the scheduled start of an on-call shift.

Based on its view of the other interpretative aids available to construe the Wage Order, the Court concluded that the on-call scheduling alleged in this case triggers Wage Order 7’s reporting-time pay requirements. On-call shifts burden employees, who cannot take other jobs, go to school, or make social plans during on-call shifts – but who nonetheless receive no compensation from Tilly’s unless they ultimately are called in to work. This is precisely the kind of abuse that reporting-time pay was designed to discourage. Accordingly, the trial court erred in sustaining the demurrer.

Kathleen Sonner filed a consumer class action against the sellers of two Ginkgold nutritional supplements for violations of California’s Unfair Competition Law, Cal. Bus. & Prof. Code § 17200, et seq. (“UCL”), the Consumers Legal Remedies Act, Cal. Civ. Code § 1750, et seq. (“CLRA”), and breach of express warranty. She alleged that these products were falsely labeled as capable of improving various cognitive functions when in fact they provided no such benefits. Although she supported her claims with expert opinion and other scientific evidence, the district court granted summary judgment in favor of the sellers because they produced contrary expert evidence. District courts in the Ninth circuit appear to be split on the summary judgment standard that applies to false advertising claims under California’s UCL and CLRA. (Compare Korolshteyn v. Costco Wholesale Corp., No. 3:15-cv-709-CAB-RBB, 2017 WL 3622226, at *5-6, *12-13 (S.D. Cal. Aug. 23, 2017) [holding that where the scientific evidence is equivocal, summary judgment in favor of a defendant is appropriate because the false labeling claims cannot be literally false], with Farar v. Bayer AG, No. 14-cv-04601-WHO, 2017 WL 5952876, at *17-18 (N.D. Cal. Nov. 15, 2017) [holding that where the plaintiffs’ expert testimony supported their claim that the defendants’ products provide no measurable benefit, and the defendants’ expert opined to the contrary, “such conflicting evidence would merely create a genuine issue of material fact inappropriate for summary adjudication”].) “Today we clarify that UCL and CLRA claims are to be analyzed in the same manner as any other claim, and the usual summary judgment rules apply.” Accordingly, since both parties provided conflicting expert testimony in support of, and in opposition to, the summary-judgment motion, the plaintiff succeeded in raising a triable issue of material fact that should have precluded summary judgment.

“We are unpersuaded by the notion that a plaintiff must not only produce affirmative evidence, but also fatally undermine the defendant’s evidence, in order to proceed to trial. “[A]bsolute certainty is not the evidentiary benchmark in civil (or even criminal) litigation,” Hobbs v. Gerber Prods. Co., No. 17 CV 3534, 2018 WL 3861571, at *7 (N.D. Ill. Aug. 14, 2018), and it has never been the standard for weighing conflicting evidence for purposes of summary judgment. If the plaintiff’s evidence suggests that the products do not work as advertised and the defendant’s evidence suggests the opposite, there is a genuine dispute of material fact for the fact-finder to decide. We see no reason to diverge from the usual summary judgment rules for UCL and CLRA claims.” 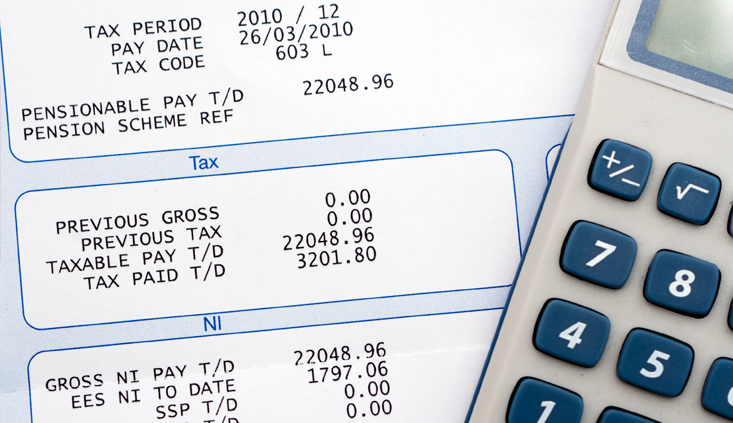