I remember, during my early years in law school, hearing the hype about an 18-year-old basketball phenom from Philadelphia, named Kobe Bryant. He was entering the NBA draft straight out of high school. On ESPN, I watched his highlight reels, marveled at his talent, and immediately recognized his potential to be a superstar in the league.

I had been a die-hard Lakers fan since the early 1980s and Magic Johnson’s Showtime era, and stayed a fan even through the mediocre years (at best) following Magic’s retirement. So in 1996, I was elated when the Lakers traded for Kobe Bryant right after he was drafted by the Charlotte Hornets. I was ready for the dawn of a new era in Lakers greatness, and the promise that came with Kobe’s acquisition.

Clearly, Kobe made good on that promise, delivering five NBA Championships to Los Angeles, while earning an NBA MVP award, two NBA Finals MVP awards, 18 All-Star appearances and four NBA All-Star MVP awards (the award is now named after him). For 20 years, Kobe donned the Purple and Gold, and what a journey it was watching him develop into one of the greatest players in NBA history!

It was an evolution. In the early years of Kobe’s career, he was not a starting player, and as much as his talent was on display, so was his inexperience. His skills were unrefined. He often dribbled too much, committed excessive turnovers and took ill-advised shots. Although at times he looked supernatural, penetrating the defense at will and finishing with thunderous dunks and creative layups, he needed to work hard to develop his game, and he needed guidance.

As Kobe matured, his assiduousness was unrivaled as he put every fiber of his being into becoming the very best basketball player he could be, both on offense and defense. Year in and year out, Kobe worked intensely to improve his game and add to his skills. Before long he was one of the most dominant players in the NBA. Kobe was always the first player in the gym practicing shots hundreds of times before most of us woke up. He’d go through extreme workouts, especially on game days, and watch films of himself and the competition, even at half time. If his right (dominant) shoulder was injured, he worked at perfecting shooting with the left hand. Kobe was known for always expanding his repertoire. In the offseason he would train with NBA Hall of Famers that came before him to develop new aspects of his game, like former NBA MVP and Champion, Hakeem Olajuwan, who worked with Kobe on his post up moves in the off season. Kobe was simply tenacious in his pursuit to be the best, and his ardent work ethic and attitude became internationally recognized and known as “Mamba Mentality” derived from his nickname “Black Mamba.”

After a historic career, Kobe retired in 2016. However, his Mamba Mentality lived on. In addition to his various entertainment and business ventures, Kobe dedicated much time to passing on what he had learned to the next generation of basketball players. I recently read an article about the achievements of current NBA players that had trained with Kobe in the past few years. They include: reigning NBA Most Valuable Player, Giannis Antetokounmpo; reigning NBA Champion and Finals MVP, Kawhi Leonard; as well as first-time All-Stars Luka Doncic, Trae Young, and Jayson Tatum. Those players were inspired by Kobe’s tenacity and improved their games by training with him and subscribing to his mindset. Further, Kobe started the Mamba League for youth basketball players, including his incredibly talented thirteen-year-old daughter, Gianna, so that they too could learn to embody Mamba Mentality. The League’s motto is “Play, Learn, Grow.”

On January 26, 2020, along with the world, I was clobbered by the news of the helicopter crash that tragically took the lives of Kobe and Gianna Bryant, and seven other people who were flying to a basketball tournament. I was devastated by the reality that this icon that I was so inspired by, and whom I spent two decades rooting for and absolutely loving to watch play, was suddenly gone.

Since then, I have been spending a lot of time thinking about Kobe and how his Mamba Mentality propelled him to be the very best at what he did. As the great NBA Hall of Famer Michael Jordan said at Kobe’s memorial, “Kobe left nothing in the tank. He left it all on the floor.”

I can’t help but to think about how the superstar trial lawyers in CAALA also embody that Mamba Mentality.

If you look at the trial lawyers in our midst that are consistently obtaining incredible verdicts on behalf of their clients, including CAALA’s past Trial Lawyer of the Year Award recipients (the award is named after superstar trial lawyer, Charles B. O’Reilly), you will find a common thread. They work tirelessly to be the very best trial attorneys they can be. Despite their success, they never stop studying the art of trial practice or developing new skills and methods to perfect their craft, and their results speak for themselves. As reported by Yahoo Sports, Kobe once explained, “That’s what Mamba Mentality is. It’s understanding that every day you can work on something, every day you get better, and then you can fast-forward years later and it seems like it was a ‘Voila!’ moment, but you know that patience and perseverance every single day is what got you there.” Many a successful trial lawyer could say the same.

Much like Kobe Bryant was for today’s NBA players, CAALA’s MVP trial lawyers both inspire our community and share the skills they have learned, developed and perfected in their own trial practices, with the next generation of CAALA’s trial lawyers. We hear from many of them on the CAALA Listserves each day offering advice, or sharing their trial experiences for others to learn from, whether they be impressive verdicts or defense verdicts. We read their articles in Advocate magazine each month about various trial techniques and strategies. We hear from them in CAALA’s educational seminars, webinars and the annual Las Vegas Convention. On the highest level, CAALA’s All Stars dedicate their time as instructors at CAALA’s Plaintiff’s Trial Academy (PTA), where they impart their wisdom and guidance in training lesser-experienced attorneys whose craft may need some refinement or improvement. CAALA’s members also exhibit Mamba Mentality in availing themselves of all that CAALA has to offer today’s trial lawyers, learning as much as they can to develop their skills and talent, and committing themselves to putting in the hard work necessary to become a successful trial lawyer.

What great inspiration for all CAALA trial lawyers! 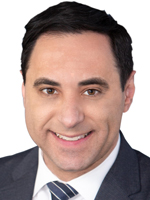