Benefits of a bench trial in this COVID-19 era

They’re faster, safer for all participants, reduce law and motion practice, eliminate the unpredictable voir dire, and allow you to better tailor your presentation for the audience

From a plaintiff’s perspective, a jury of twelve is traditionally the optimal fact finder for trial because it affords the opportunity for human connection and empathy that gives rise to the most successful of verdicts. A jury promises a democratic and deliberative process involving twelve members of the community who can sway and influence each other in arriving at a just verdict, rather than a decision made by one who is uniquely familiar with the law and unlikely to be impassioned by facts. However, and as is true with so many aspects of our lives, the current circumstances of COVID-19 has changed things.

In this COVID-19 era, the logistics of impaneling a jury and keeping them safe is daunting. Even assuming courts could make adequate modifications, potential jurors may be hostile to having to risk exposure to a deadly pandemic for jury service. Setting this aside, the ability to tell a compelling story and provide an opportunity for jurors to connect with witnesses or the plaintiff may prove difficult where masks are required. The many obstacles and challenges presented by the current circumstances of COVID-19 require another look at bench trials and the benefits a bench trial may provide during these most unprecedented of times.

The practical necessity of a bench trial

Under Los Angeles Superior Court Presiding Judge Kevin Brazile’s most recent general order, all civil jury trials were continued to January 2021. And of course, if the COVID-19 crisis is not contained by then, civil jury trials may be continued past that date. In light of the existing backlog of both criminal and civil trials, it is unclear when jury trials will actually resume.

Even if jury trials become available, they may not be preferable given the necessary precautions that would be needed to protect against the spread of COVID-19. One can imagine, for example, the flood of hardships invoked by potential jurors. And if chosen, these jurors may not be pleased with plaintiffs for initiating the lawsuit that brought them to court. Further, jurors may be uncomfortable being in close quarters with each other at any given time. Even with the greatest of precautions, the environment is not ideal.

Shaping the court’s view of the case early on

One of the main benefits of a bench trial is the ability to familiarize the court with the facts and applicable law long before trial even begins. While a jury knows nothing about the case until the first witness is called, the trier of fact in a bench trial (the judge) will already be intimately familiar with the parties, facts, and legal theories at the start of the trial. This can be an invaluable tool for success at trial. Pre-trial motions and hearings may be used as an opportunity to educate the court on the applicable law and relevant facts. By threading the most compelling facts throughout routine motions, you can help shape the court’s view of the case and perception of the parties and issues. By spending time detailing the legal authorities that support your case early, the court will become familiar with the cases and theories well before trial. By laying the foundation for the contours of the legal theories at issue early, you can help ensure that the verdict reached is built on the law you have provided.

Beyond the legal issues, pre-trial motions and hearings can help shape the court’s view of the parties and even the credibility of certain witnesses who will later testify at trial. For example, the credibility of witnesses may be influenced by prior discovery motions where clearly relevant documents were not produced until a motion to compel was filed. Further, the court will unavoidably become aware of those “bad facts” that would ordinarily be excluded at trial. While a judge may understand that such facts cannot be considered in weighing the merits of a case, a judge, as is true for anyone, cannot un-know something that they have been exposed to and these facts will undoubtedly shape the court’s view whether subconsciously or consciously.

At trial, the evidence can be presented against the legal framework already established and accepted by the court. Further, rulings by the same judge in other cases (which can be accessible on Westlaw or Lexis, or even downloading the documents on the court’s website) can reveal the judge’s go-to legal authorities. By relying on and citing to these same authorities, the legal arguments advanced will likely resonate with the court.

The court’s prior rulings can also help reveal whether certain theories are favored or disfavored by the court as applied to your facts. Armed with such insight, the trial can focus on those theories which the court has already expressed some approval or favor of. In other words, the court’s rulings on prior motions may indicate which legal theories or pieces of evidence are significant and persuasive to the court.

Other advantages of a bench trial

Next, consider how a bench trial can cut down the number of motions in limine filed. Often, plaintiffs’ attorneys fear that defense attorneys will introduce a slew of prejudicial evidence such as impermissible character evidence or spring ambushes with surprise sub-rosa videos. As a result, countless motions in limine grounded in Evidence Code section 352 are filed and argued. But with a bench trial, such motion practice is unnecessary because a trained legal professional is equipped to disregard this type of prejudicial evidence. If prejudicial evidence is truly an issue, the court will have to hear argument on it anyway be it at the pre-trial motion stage or at trial.

Further, voir dire becomes unnecessary and opening statements will likely be shortened given the court’s familiarity with the facts and issues. Bench trials often move faster than a jury trial.

Another potential benefit is the opportunity to narrow the scope of the trial through stipulations with the other side. Should the parties agree on certain facts or legal issues, those can be presented to the court to avoid presentation of evidence or argument on that point. Use of a pseudo special verdict can be stipulated to where the court is given certain questions to decide. Proceeding in such a manner may ultimately help the court prepare its statement of decision. Advantages can be gained by counsel by positioning certain arguments or defenses as those bearing on an issue of law (which has a more favorable standard of review on appeal) versus those bearing on an issue of fact

Along these same lines, the parties can also stipulate to only try the issue of liability before the court and reserve the issue of damages for a jury. This may prove most optimal for those who believe the court can fairly assess the legal issues but that damages should be reserved for the collective wisdom of the jurors.

Tailor the presentation of your case to your audience

While it may be stating the obvious, know your audience. A judge may not have patience for appeals to sympathy. Nor may a judge be motivated to punish a corporation through an award of punitive damages. The court may have political biases that shape its perspective on such theories. It is important to know the general ideologies of the judge before presenting your case in a bench trial. This may prove to be yet another benefit, as unlike a jury where the background and beliefs of jurors may be difficult to ascertain, in a bench trial the trier of fact is known well in advance of trial.

Navigating the procedural nuances of a bench trial

The unique aspects of a bench trial may present certain traps for the unwary. Most of these pitfalls concern the procedure for requesting a statement of decision as well as responding and objecting to one. While there are numerous treatises and articles dedicated to the statement of decision process which should be reviewed before proceeding with a bench trial, below is a general overview of such procedures to assist in the analysis of whether to elect to proceed with a bench trial.

What is a statement of decision?

A statement of decision is available in non-jury proceedings where a question of fact is being determined. (Code Civ. Proc, § 632.) A statement of decision is not by default required, but the court must issue one after a bench trial upon the request of any party appearing at the trial. (Id., § 632.) Generally, the request must be made within 10 days after the court announces a tentative decision unless the trial is concluded within one calendar day or in less than eight hours over more than one day in which event the request must be made prior to the submission of the matter for decision. (Id., § 632.)

Contents of a statement of decision

The request for a statement of decision, whether made orally or in writing, “shall specify” the particular controverted issues the requesting party wishes the court to address. (Code Civ. Proc., § 632; Cal. Rules of Court, rule 3.1590(d).) If a request does not specify a controverted issue, that issue is waived on appeal. (City of Coachella v. Riverside County Airport Land Use Com. (1989) 210 Cal.App.3d 1277, 1292.)

The proposed statement of decision should provide a factual and legal explanation for “each of the principal controverted [material] issues at trial,” but an explanation of subsidiary issues is not required. (Code Civ. Proc. § 632; Wolfe v. Lipsy (1985) 163 Cal.App.3d 633, 643.)

Given that any ambiguities or omissions will be presumed in favor of the verdict, it is crucial to make appropriate objections to the proposed statement of decision. Even if the trial court ignores the objection, the doctrine of implied findings will not be invoked if the losing party timely objected to the statement of decision. (Reid v. Moskovitz (1989) 208 Cal.App.3d 29, 32.) Thus, for the losing party, the goal is to identify omissions and ambiguities, and thereby avoid implied findings in favor of the judgment.

In light of the impact the statement of decision can have on appeal, great care should be taken in its preparation and objections thereto.

While every case is unique, the general rule of thumb favoring jury trials over bench trials may not always ring true in this era of COVID-19. Bench trials may provide unique benefits, which along with the obvious speedier resolution, may prove to be a better choice for your case. As the saying goes, justice delayed is justice denied. 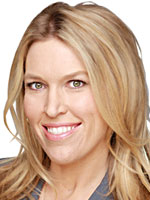 Holly Boyer, named 2019 “Appellate Lawyer of the Year” by CAALA, is a partner in Esner, Chang & Boyer, a boutique appellate firm with offices in Southern and Northern California. All of the partners are certified by the State Bar of California as appellate specialists. In addition to handling all aspects of appellate litigation, the firm also assists trial lawyers with dispositive and post-judgment motions. 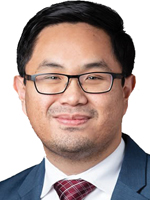 Kevin Nguyen is an associate with Esner, Chang & Boyer, an appellate firm with offices in Southern and Northern California. In addition to handling all aspects of appellate litigation, the firm also assists trial lawyers with dispositive and post-judgment motions.