Over the past few weeks during the COVID-19 pandemic, there have been flurries of claims made by businesses to their insurance companies for business-interruption coverage. By now, many lawyers have reviewed mind-numbing insurance policies to see if coverage can be captured for prospective clients. While there are many moving parts to analyzing business-interruption coverage claims, there are two that are at the top of the list.

The first is how to satisfy the threshold requirement of a “physical loss of or damage to” covered property. The second is how to deal with a “virus” exclusion if one is in the policy.

This article will not address the issue of establishing “physical loss of or damage to” covered property. Rather, the focus of the discussion will be on addressing the issue of a virus exclusion and ways to capture coverage around it.

Most business interruption coverages are written on an “All Risk” basis, which means that all conceivable risks of loss are covered unless they are specifically excluded. It is the broadest form of first-party coverage available. In contrast, “Stated Peril” policies only cover those risks of loss that are specifically identified in the policy as covered.

But not every “All Risk” policy identifies itself as such in the same manner. With some policies, you must navigate through more than one section of a lengthy policy to determine if the policy is indeed an “All risk” policy. The following are examples taken from actual insurance policies that grant “All Risk” coverage albeit in different ways.

The following example is taken from the Declarations section of a policy that expressly indicates that it is an “ALL RISK” policy at the outset:

This Policy covers property, as described in this Policy, against ALL RISKS OF PHYSICAL LOSS OR DAMAGE, except as hereinafter excluded, while located as follows:

This policy example clearly indicates on its face in the grant of coverage that it is an “All Risk” policy. But others aren’t so obvious.

This next example requires the reader to look at two sections of the policy to determine that the policy is written on an “All Risk” basis:

The Company will pay for the actual Time Element loss the Insured sustains, as provided in the Time Element Coverages, during the Period of Liability. The Time Element loss must result from the necessary Suspension of the Insured’s business activities at an Insured Location. The Suspension must be due to direct physical loss of or damage to Property (of the type insurable under this Policy other than Finished Stock) caused by a Covered Cause of Loss at the Location, or as provided in Off Premises Storage for Property Under Construction Coverages.

In this third example, the policy provides “All-Risk” coverage through four sections of the policy. First, the insuring agreement of the policy coverage form states the following:

We will pay for the actual loss of Business Income you sustain due to the necessary “suspension” of your “operations” during the “period of restoration.” The “suspension” must be caused by direct physical loss of or damage to property at premises which are described in the Declarations and for which a Business Income Limit of Insurance is shown in the Declarations. The loss or damage must be caused by or result from a Covered Cause of Loss.

Second, in the definitions section the policy defines a “Covered Cause of Loss” as follows:

See applicable Causes Of Loss form as shown in the Declarations.

Third, the Declarations section of this policy indicates the following “Cause of Loss” form is made part of the Policy: ”CAUSES OF LOSS – ENHANCED FORM.”

Fourth, turning to the “CAUSES OF LOSS – ENHANCED FORM” that is part of the policy provides the following:

A. Covered Causes Of Loss

When Enhanced is shown in the Declarations, Covered Causes of Loss means direct physical loss unless the loss is excluded or limited in this policy.

Connecting the dots between these four provisions, the policy provides “All-Risk” coverage in that it covers all “direct physical loss” unless “excluded or limited.”

Under each of these “All Risk” policy examples, every peril conceivable is covered unless it is specifically excluded.

Finally, the burden of proof to establish that a loss is excluded from coverage rests with the insurer under well-settled California law:

First- and third-party coverage is today typically provided in a single policy, and under both types of coverage, once the insured shows that an event falls within the scope of basic coverage under the policy, the burden is on the insurer to prove a claim is specifically excluded. [Citations.] Moreover, exclusionary clauses are interpreted narrowly, whereas clauses identifying coverage are interpreted broadly. [Citations.]

In the case of an “All Risk” policy, the starting premise is that every potential cause of loss is covered, and the burden of proving that any exclusion applies will rest with the carrier.

One of the key reasons insurance companies are denying these business interruption claims is relying upon a virus exclusion in the policy. While not every policy contains a virus exclusion, for those that do, the exclusion can present itself in different ways.

The most common form of virus exclusion is the ISO Virus Exclusion, which provides the following in relevant part: “We will not pay for loss or damage caused by or resulting from any virus, bacterium or other micro-organism that includes or is capable of inducing physical distress, illness or disease.” (ISO Virus Exclusion) (Emphasis added).

While the scope of ISO Virus Exclusion excludes loss or damage “caused by or resulting from any virus,…” other non-ISO virus exclusions are more narrow.

Contamination exclusion due to the “actual or suspected” presence of virus

The following is taken from a policy that did not contain the ISO Virus Exclusion but did contain an exclusion for “Contamination”:

This particular policy defined “contaminant” as “anything that causes “contamination.”

Contamination exclusion due to the “actual” presence of virus

The following is another policy example containing a “Contamination” exclusion that provides:

This Policy excludes the following unless it results from direct physical loss or damage not excluded by this Policy.

Contamination, and any cost due to Contamination including the inability to use or occupy

property or any cost of making property safe or suitable for use or occupancy, except as provided by the Radioactive Contamination Coverage of this Policy.

The carrier must first meet its burden of proof to establish that the virus exclusion applies in the first instance. This may prove to be a difficult hurdle for carriers that have either form of the “Contamination” exclusion set forth above. Even if the carrier is able to establish that a virus exclusion applies, such exclusion must then be compared with other non-excluded perils that may have contributed to causing the insured’s loss.

We will not pay for loss or damage caused directly or indirectly by any of the following:

Seizure or destruction of property by order of government authority.

But we will pay for loss or damage caused by or resulting from acts of destruction ordered by governmental authority and taken at the time of a fire to prevent its spread, if the fire would be covered under this Coverage Part.

Thus, this policy recognizes a “Government Action” as a “cause” of loss or damage, but limits the scope of the exclusion to government actions resulting in a “seizure or destruction of property.” Accordingly, since this is an “All-Risk” policy, other types of “Government Actions,” such as the various governmental orders that closed non-essential businesses are not excluded from coverage.

The following is another example of an exclusion taken from an “All Risk” policy that excluded an “order of governmental or public authority,” but also limited its application:

This Policy excludes direct physical loss or damage directly or indirectly caused by or resulting from any of the following regardless of any other cause or event, whether or not insured under this Policy, contributing concurrently or in any other sequence to the loss:

War, invasion, act of foreign enemy, hostilities or warlike operations (whether war be declared or not), civil war, rebellion, revolution, insurrection, civil commotion assuming the proportions of or amounting to an uprising, military or usurped power, nationalization, confiscation, requisition, seizure or destruction by the government or any public authority, including action in hindering, combating or defending against any of these. However, destruction by order of governmental or public authority to prevent spread of fire is covered.

Assuming that the carrier can meet its burden of proving that a “virus” exclusion applies, and further assuming that a non-excluded peril of a “government action or order” is at play, the next step is to conduct a concurrent cause analysis.

We know that the order of events was that the COVID-19 virus came into existence, became a pandemic, which resulted in the various government orders adversely affecting non-essential businesses. In a concurrent-cause analysis, one can anticipate that the carrier will argue that the virus was the “Predominant Cause” since it is what “triggered” the government orders.

[I]n determining whether a loss is within an exception in a policy, where there is a concurrence of different causes, the efficient cause – the one that sets others in motion – is the cause to which the loss is to be attributed, though other causes may follow it, and operate more immediately in producing the disaster.” (Sabella v. Wisler (1963) 59 Cal.2d 21, 31-32. (Emphasis added).)

“Sabella . . . sets forth a workable rule of coverage that provides a fair result within the reasonable expectations of both the insured and the insurer whenever there exists a causal or dependent relationship between covered and excluded perils.” Garvey v. State Farm (1989) 48 Cal.3d 395 (Id. at 404.)

We use the term ‘efficient proximate cause’ (meaning predominant cause) when referring to the Sabella analysis because we believe the phrase ‘moving cause’ can be misconstrued to deny coverage erroneously, particularly when it is understood literally to mean the ‘triggering’ cause.

Thus, if a non-excluded peril of a “government action or order” is deemed to be the “efficient proximate cause,” there can be coverage for the loss. This is so even though the excluded peril of a “virus” may have also been a contributing concurrent cause.

When evaluating these business-interruption claims, it is important to recognize that the mere presence of a virus exclusion is not the end of the inquiry. Rather, it’s just the beginning. Critical analysis of whether the carrier can meet its burden of proof to establish the application of the virus exclusion is necessary depending on the language of the policy. Moreover, even if a virus exclusion applies, it must be compared with other non-excluded government actions or orders in a concurrent-causation analysis.

Ricardo Echeverria is a trial attorney with Shernoff Bidart Echeverria LLP, where he handles both insurance bad-faith and catastrophic personal-injury cases.  He is currently the incoming President of CAALA and was named the 2010 CAALA Trial Lawyer of the Year, the 2011 Jennifer Brooks Lawyer of the Year by the Western San Bernardino County Bar Association, and a 2012 Outstanding Trial Lawyer by the Consumer Attorneys of San Diego. He was also a finalist for the CAOC Consumer Attorney of the Year Award in both 2007 and 2009, and is also a member of ABOTA and the American College of Trial Lawyers. 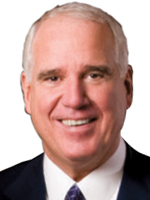