Last year was one of the worst years on the books for our senior population. While COVID-19 swept indiscriminately throughout the world’s population, no group felt it worse than our elders in skilled nursing facilities. Many of us are still mourning those we lost. We must not only preserve their memories; we must also continue to hold skilled nursing facilities accountable when they harm our seniors.

California has longstanding laws to protect the rights of skilled nursing facility residents, but a 2020 California Supreme Court decision gutted private enforcement at the worst possible time for our seniors.

Under Health and Safety code section 1430, subdivision (b), a current or former skilled nursing facility resident may bring a civil action against a skilled nursing or intermediate care facility that violates any specified rights as set forth in the Patients’ Bill of Rights (Section 72527 of Title 22 of the California Code of Regulations), or any other right provided for by federal or state law or regulation.

Since 1982, the law states that facilities have to pay up to $500 in damages to residents for violations of their rights. The purpose of Health and Safety code section 1430, subdivision (b) is to empower residents to enforce their own rights critical to their dignity and well-being.

Jarman decision a blow against seniors

Last year, the California Supreme Court handed down the Jarman decision, which struck an additional devastating blow to seniors in skilled nursing facilities. (Jarman v. HCR Manorcare, 10 Cal.5th 375). In Jarman, the California Supreme Court ruled that California’s statute is written in a way that the monetary cap of $500 is limited to each action instead of each violation. This was an unfortunate ruling for the family of John Jarman, who successfully argued in trial court that Manorcare had violated his rights 382 times through various indignities and acts of neglect which led to suffering and negative health outcomes that extended well beyond his three-month stay at Manorcare’s nursing facility.

At the time he entered the skilled nursing facility, John Jarman was an active 90-year-old who enjoyed swimming in his pool three times a week and living in his own home. He was supposed to get rehabilitation therapy at a Manorcare skilled nursing facility following a hip surgery and then come home in a couple of months. Instead, his time at the facility became a living nightmare.

Facility staff would leave him sitting on a bedpan, telling him to press the call light when he was done. So, he sat there, hitting his call light, in pain, but no one responded to his call light and calls for help. One time his daughter visited him and found him half-naked and covered in feces. She also discovered pressure sores on his buttocks. This went on for three months. His family felt helpless.

They ultimately went to trial against the skilled nursing facility. The jury found that Manorcare violated Mr. Jarman’s rights 382 times. Justice was done. That is, until last year, when the Supreme Court wiped away the jury’s verdict, reducing all 382 violations down to just $500 based on a misreading of California law.

The decision makes it so that facilities can violate a resident’s rights over and over again and get away with it for only $500. In the last year, our members have reported receiving $501 checks from nursing home violators when they are served with a complaint alleging elder abuse and neglect. The additional dollar is likely to ensure their offer is deemed “reasonable.”

Immediately following the Jarman decision, Assemblymember Eloise Gomez Reyes introduced AB 849, a priority bill for CAOC. The bill will correct the Jarman decision and reinstate private enforcement of a skilled nursing facility resident’s rights by clarifying that up to $500 in damages can be awarded per violation. This bill is essential for both deterring and remedying violations and protecting our vulnerable senior population in these facilities.

We are happy to report that the new California Attorney General, Rob Bonta, is officially sponsoring this bill. We are also encouraged by the reception to the bill so far. It earned overwhelming bipartisan support in the Assembly and heads to the Senate floor in mid-August.

We urge you to support us in our efforts to protect our vulnerable seniors. Together we can honor the legacy of those we lost and ensure meaningful accountability for those who can no longer advocate for themselves. 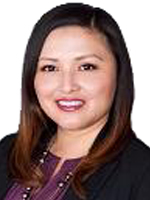