Ten seemingly intractable appellate problems that can be fixed

We’ve all encountered that “Houston, we have a problem” moment, when your appeal is rocked by a seemingly intractable predicament. In certain instances, however, a viable solution may exist, if you take the time and apply the necessary focus. In this article, we explore ten legal scenarios that appear to be devastating, but in actuality carry the potential for a lifeline.

1. The court clerk refuses to file your notice of appeal

At the end of the window for filing an appeal, you submit your notice of appeal to the superior court for filing. A few days later, the clerk rejects it because the notice contains a technical defect. It’s now too late to file a new notice. Is your appeal jurisdictionally barred? Not necessarily.

2. You fail to file your notice of appeal within 60 days of the “notice of ruling”

Is an appellant jurisdictionally barred from pursuing an appeal if s/he fails to file a notice of appeal within 60 days of the clerk’s or opposing party’s “notice of ruling”? No.

3. Your notice of appeal fails to include all of the parties on whose behalf you intended to appeal

You file a notice of appeal on behalf of some, but not all, of the parties who wish to pursue an appeal. You discover the mistake after the time to file a timely notice has passed. Are the parties omitted from the notice jurisdictionally barred from pursuing an appeal? Probably not.

In California, “notices of appeal are liberally construed so as to protect the right of appeal if it is reasonably clear what [the] appellant was trying to appeal from, and where the respondent could not possibly have been misled or prejudiced.” (In re Joshua S. (2007) 41 Cal.4th 261, 272; see also Walker v. Los Angeles County Metro. Transp. Auth. (2005) 35 Cal.4th 15, 18 [“law aspires to respect substance over formalism and nomenclature”]; Cal. Rules of Court, rule 8.100(a)(2) [“notice of appeal must be liberally construed”].) Although the liberal construction rule is most commonly used to remedy defects in a notice’s designation of the order or judgment that is being appealed, the rule also applies to defects in the notice’s designation of the parties to the appeal. (K.J., supra, 8 Cal.5th at p. 885.)

An adverse judgment is entered against your client including a determination that the opposing party is entitled to attorney fees and costs, and you timely appeal. Thereafter, the trial court determines the amount of the fees and costs to be awarded, but you fail to appeal from the post-judgment order. Have you irrevocably handed your opponent an award of fees and costs, no matter the outcome of the judgment appeal? No.

Nonetheless, when the judgment includes a determination of entitlement to fees and costs, but leaves the amount for a later determination, an appeal from the judgment subsumes any later order setting the amount of the award. (Grant v. List & Lathrop (1992) 2 Cal.App.4th 993, 998; see also, e.g., Green v. County of Riverside (2015) 238 Cal.App.4th 1363, 1373.) “In effect, this means the notice of appeal from the final judgment encompasses the subsequent order fixing the amount of fees and costs. A separate appeal is permitted, but not required, for appellate review of the post-judgment order.” (Eisenberg et al., Cal. Practice Guide: Civil Appeals and Writs, supra, ¶ 2:156.2, pp. 2-101 to 2-102.)

5. You’re the respondent and your opponents signal they will drag out the appeal to delay your client’s receipt of the judgment

An alert respondent, however, can forestall the delay caused by the preparation of the clerk’s transcript. Within 10 days of the appellant’s filing of a notice of appeal, the respondent may serve and file a notice in the superior court electing to use an appendix. (Cal. Rules of Court, rule 8.124(a)(1)(B).) Through this procedural mechanism, the respondent can force appellant’s counsel to prepare an appellant appendix, in lieu of a clerk’s transcript, and file the appendix at the same time as the opening brief. If appellant’s counsel is required to compile the documents filed in the trial court, the appeal will proceed more quickly.

Your client prevails in a trial at which the judge made more than a few erroneous rulings. For example, the judge wrongfully excluded some, but not all, of your client’s evidence on a pivotal issue. Your opponent appeals, but you choose not to because your client received a favorable judgment. Upon review of your opponent’s opening brief, you realize the legal arguments on appeal may have merit and could result in the exclusion of the balance of your evidence on that pivotal issue. Your decision to not appeal the wrongful exclusion of your evidence on that pivotal issue does not necessarily doom your client’s judgment.

Under Code of Civil Procedure section 906, “[t]he respondent, or party in whose favor the judgment was given, may, without appealing from such judgment, request the reviewing court to and it may review any . . . matters for the purpose of determining whether or not the appellant was prejudiced by the error or errors upon which he relies for reversal or modification of the judgment from which the appeal is taken.”

7. Your opponent successfully demurs to your complaint. On appeal, you realize a new legal theory could save your case, but you failed to move for leave to amend in the trial court on this basis.

As a general rule, legal theories not raised in the trial court cannot be asserted for the first time on appeal. (Eisenberg et al., Cal. Practice Guide: Civil Appeals and Writs, supra, ¶ 8:229, p. 8-173.) “‘New theories of defense, just like new theories of liability, may not be asserted for the first time on appeal.’ [Citation.] ‘“Appellate courts are loath to reverse a judgment on grounds that the opposing party did not have an opportunity to argue and the trial court did not have an opportunity to consider. . . . Bait and switch on appeal not only subjects the parties to avoidable expense, but also wreaks havoc on a judicial system too burdened to retry cases on theories that could have been raised earlier.”’ [Citation.]” (Nellie Gail Ranch Owners Assn. v. McMullin (2016) 4 Cal.App.5th 982, 997 (Nellie).)

Our Legislature, however, has made the general rule inapplicable in the context of demurrers. Code of Civil Procedure section 472c, subdivision (a) provides: “When any court makes an order sustaining a demurrer without leave to amend, the question whether or not such court abused its discretion in making such an order is open on appeal even though no request to amend such pleading was made.”

Appeals are hard because, even when you’re right and you establish the trial court committed error, you are not guaranteed to obtain a reversal. As noted, a decision correct in law will be affirmed on appeal even if the trial court’s reasoning was incorrect. (D’Amico, supra, 11 Cal.3d at pp. 18-19; Zak, supra, 232 Cal.App.2d at p. 506; see also Burgess, supra, 13 Cal.4th at p. 32 [“We are required to uphold the ruling if it is correct on any basis, regardless of whether such basis was actually invoked”].)

So, how does this play out in the context of summary judgment? Suppose you’re appealing a judgment following an order granting summary judgment, and the Court of Appeal agrees that the legal bases relied on by the trial court were wrong, but then advances an independent ground to support an affirmance without allowing supplemental briefing. Has the appellate court properly applied the aphorism that a decision correct in law will not be reversed? Actually, no.

As with demurrers, our Legislature has created an exception to the general rule for affirming summary judgments. Code of Civil Procedure section 437c, subdivision (m)(2) specifies that, “[b]efore a reviewing court affirms an order granting summary judgment or summary adjudication on a ground not relied upon by the trial court, the reviewing court shall afford the parties an opportunity to present their views on the issue by submitting supplemental briefs. The supplemental briefs may include an argument that additional evidence relating to that ground exists, but the party has not had an adequate opportunity to present the evidence or to conduct discovery on the issue. The court may reverse or remand based upon the supplemental briefs to allow the parties to present additional evidence or to conduct discovery on the issue. If the court fails to allow supplemental briefs, a rehearing shall be ordered upon timely petition of a party.”

9. The Court of Appeal affirms an adverse judgment on an issue not raised or briefed by the parties

It will come as no surprise that appellate courts are inherently reluctant to grant rehearing petitions. Generally, rehearing will be ordered only upon a showing of substantial error in the decision. (Eisenberg et al., Cal. Practice Guide: Civil Appeals and Writs, supra, ¶ 12:1, p. 12-1, citing Gentis v. Safeguard Business Systems, Inc. (1998) 60 Cal.App.4th 1294, 1308.)

10. After the Court of Appeal affirms an adverse judgment, you learn the California courts lacked subject matter jurisdiction

Rules of appellate procedure are cumbersome and complex. Sometimes, they can serve as a trap for the unwary. That generally comes as no surprise to those litigating in the appellate courts, whether trial lawyers or seasoned appellate practitioners. Sometimes, however, a situation that at first glance seems to spell doom for an appeal can be rescued through close examination and navigation of those appellate procedure rules. A good working knowledge of the rules, including their twists and turns, or consultation with an appellate specialist, can help guide a litigant through a variety of sticky situations on appeal. 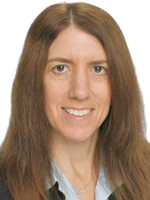 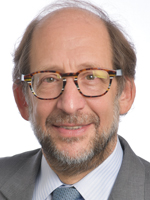