I am pleased to report an important victory that directly impacts your clients’ rights.

During a global pandemic, the Trump-era Department of Health and Human Services (HHS) rushed through a public rulemaking that would have substantially weakened a federal no-fault program that is designed to quickly help individuals and their families in the event of an injury following the administration of a vaccine.

AAJ filed multiple comments in opposition to this attack on the federal Vaccine Injury Compensation Program (VICP). During the presidential transition, AAJ simultaneously worked with President Biden’s HHS team to delay the effective date of the rule and then rescind it. On April 22, HHS formally rescinded this rulemaking.

AAJ is also working on proactive legislation that will further strengthen the VICP to raise damage caps and increase the number of vaccine court judges.

Below are some recent highlights of how AAJ is fighting for your practices and your clients’ rights.

Following a federal court decision regarding fees that medical record retention companies can charge for access to records (CIOX v. Azar), the Department of Health and Human Services has submitted a positive proposed rule that would allow trial lawyers to seek inexpensive copies of electronic medical records on behalf of their clients. The rule also provides for a quicker turnaround time to access requests, free on-site record viewing, prohibitions on unreasonable ID verifications, and for record retention companies to post their fee schedules up front.

AAJ commented in support of this proposed rule. More specifically, it addresses the CIOX opinion by requiring companies to provide third-party designee access at cost for electronic record sets. This appears to be a compromise respecting the court opinion as well as pushing for greater patient access rights. While providing support for these changes, AAJ’s comment also recommends edits to further strengthen patient access rights.

Despite HHS’s efforts in expanding access to free or low-cost medical records for patients and their attorneys, medical records companies such as CIOX continue to charge exorbitant rates to attorneys. AAJ will continue its advocacy to address these inappropriate charges.

This Congress, Rep. Chuy Garcia reintroduced the stand-alone bill (the INSURANCE Act) on April 20 to increase the federal insurance minimums to $5 million to reflect medical cost inflation. Several members of the House Transportation committee joined him – demonstrating committee support for the higher increase of $5 million. AAJ is continuing to advocate for additional cosponsors on the INSURANCE Act.

AAJ made great strides in the last Congress supporting the passage of the Forced Arbitration Injustice Repeal (FAIR) Act to eliminate forced arbitration and restore the rights of workers, consumers, and patients.

On February 11, members of the House reintroduced the bill (HR 963), which, as of May 13, has 177 cosponsors. On the Senate side, the FAIR act (S 505) was reintroduced on March 1. It now has 39 cosponsors. AAJ continues to advocate for original cosponsors in the House and Senate. Please contact your members of Congress today at https://p2a.co/ENhfwDc to urge their support for the FAIR Act.

AAJ will not rest till we end forced arbitration and restore your clients’ rights.

AAJ Education hosted a complimentary member webinar on May 19 on the decision and what it means for future cases. This program is available for AAJ members at www.justice.org/aajondemand.

Most recently, AAJ signed on to a joint amicus brief with the Georgia Trial Lawyers Association in Cooper Tire & Rubber Co. v. McCall (Ga. S20G1368). The issue is whether the Georgia state court has personal jurisdiction over a foreign corporation based on the corporation’s registration to do business in the state. AAJ member Cale Conley of Conley Griggs Partin, LLP is one of the attorneys representing Plaintiff, and the joint amicus brief was authored by AAJ member Joseph Colwell of Butler Wooten & Peak LLP.

AAJ has made significant progress cutting back the bad FRE 702 Expert Witness Rule, better known as Daubert. There were two proposed versions of rules changes on Daubert; one of which would have added a new section to the rule dealing with overstatements by expert witnesses. This version would have made it more difficult for expert witnesses to be believed by juries. AAJ filed comments in opposition to this proposed version during the informal comment period on FRE 702.

The Advisory Committee on Evidence has decided against forwarding this version of the rule, opting instead for a narrower version that includes adding a preponderance standard to the rule. AAJ and members of the plaintiff bar from all states will be needed to continue to file comments when the formal rulemaking opens in August. We will keep you apprised on this issue. 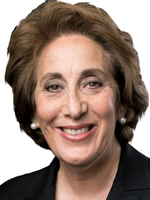