It’s Friday afternoon and you get served with a huge stack of papers. Sure enough, it’s exactly what it appears to be – a motion for summary judgment. These motions play a vital role in litigation, and getting past MSJ requires a great deal of time, preparation, and attention to detail. As an employment attorney, you should be well versed in opposing summary judgment motions to successfully advocate for your client.  Here are some tips and thoughts on opposing summary-judgment motions.

Wrongful-termination cases are highly fact intensive. Adequately preparing for an MSJ opposition should begin long before the MSJ is even filed. Get an early start by utilizing the discovery process to get the evidence you need to defeat defendant’s MSJ.

Don’t underestimate the power and importance of written discovery. Obtaining the information you need in written discovery can help you effectively prosecute your client’s claims and assist you in defeating summary judgment down the road.

In cases where defendant is alleging that plaintiff was terminated for performance, it is extremely beneficial to seek comparative evidence to determine if others were disciplined for the same offenses or violations. In age-discrimination cases, it is critical to obtain the ages, credentials, hire date, and identities of all individuals who replaced plaintiff after plaintiff’s termination.

To effectively oppose a motion for summary judgment, the depositions of all key witnesses should be taken. This would include all MSJ declarants, all termination decisionmakers identified by defendants either in discovery or deposition, and any other key witnesses in the case.

Don’t underestimate the importance of plaintiff’s deposition. Plaintiff’s testimony at deposition is integral in providing context to his or her underlying claims, and to create factual disputes as to defendant’s defenses.

Further, if there were negative discriminatory remarks made by plaintiff’s supervisor or by management, plaintiff should be prepared to testify at deposition about the comments that were made and the individuals who made those comments. In opposing an MSJ, these remarks can be used as evidence of the employer’s discriminatory intent to move past summary judgment.

In state court, the opposition to a motion for summary judgment is due 14 calendar days before the motion’s hearing date. Once you have been served with an MSJ, immediately reach out to opposing counsel to request an electronic version of defendant’s separate statement. (Cal. Rules of Court, rule 3.1350(i).)

In state court, there are generally seven separate documents that I prepare in opposing an MSJ:

1. Plaintiff’s Memorandum of Points and Authorities

Keep it simple for your target audience – the judge. Help the judge navigate through the case by focusing on the key disputed issues in your case. Write a strong introduction that identifies defendant’s proffered reason for termination, then lay out a summary of the key triable issues of material fact that will be presented in your case.

In your statement of facts, make sure that you have strong, persuasive headings so that the judge can easily follow and understand your story. In the legal argument sections, your goal should be to concisely lay out that triable issues of material fact exist as to each cause of action. As for each cause of action, make it clear as to which elements are undisputed, and which elements are disputed. This allows the judge to focus on the key disputed issues.

Memorandum of points and authorities

The memorandum of points and authorities should include an introduction, statement of facts, the legal standard for summary judgment motions, your legal argument section, and a brief conclusion. In wrongful-termination and discrimination cases, a discussion of the law and evidence that I include in my oppositions are as follows:

A plaintiff in a wrongful-termination case can overcome summary judgment by one of two ways: 1) offering direct evidence of discriminatory or retaliatory intent or 2) satisfying the elements of the burden-shifting process outlined in McDonnell Douglas Corp. v. Green (1973) 411 U.S. 792, 802-804 and subsequent cases. Summary judgment is not appropriate when there is direct evidence of intentional discrimination. (Godwin v. Hunt Wesson (9th Cir. 1998) 150 F.3d 1217, 1221.)

However, direct evidence of discrimination is not required. (Iwekaogwu v. City of Los Angeles (1999) 75 Cal.App.4th 803, 816.) Plaintiffs must often “rely upon circumstantial evidence to support their claims, which ‘allows the trier of fact to infer intentional discrimination by the decision maker,’ typically through a long chain of inferences.” (Anderson v. Donahoe (7th Cir. 2012) 699 F.3d 989, 995-996.)

In your legal argument section, start by identifying any direct evidence of discriminatory intent. An example may be in an age discrimination case where plaintiff, a front desk secretary, is told that she’s being terminated because the company wants a younger face for the front office.

Because direct evidence is rare, in cases you won’t have any ‘smoking gun’ evidence of discriminatory intent in your case. Alternatively, plaintiff can establish a prima facie case of discrimination and present evidence of pretext as required by the burden-shifting analysis.

In California, when a plaintiff alleges retaliatory employment termination either as a claim under FEHA or as a claim for wrongful employment termination in violation of public policy, and the defendant seeks summary judgment, California follows the McDonnell Douglas burden-shifting analysis. (Guz v. Bechtel Nat’l, Inc. (2000) 24 Cal.4th 317, 354-56.)

This approach requires: (1) the plaintiff first establish a prima facie case of discrimination; (2) the defendant then must produce evidence demonstrating a legitimate, non-discriminatory reason for the termination; and (3) the plaintiff must present evidence creating a triable issue of fact that the employer’s stated reason was untrue or a pretext for a discriminatory animus.

As a general matter, the plaintiff in an employment discrimination action need produce very little evidence in order to overcome an employer’s motion for summary judgment. (Chuang v. University of California Davis (2000) 225 F.3d 1115, 1123.) After the prima facie case has been established, merely the rejection of the defendant’s proffered reason will permit the trier of fact to infer the ultimate fact of discrimination. (Reeves v. Sanderson Plumbing Products, Inc. (2000) 530 U.S. 133, 147-8.)

To defeat summary adjudication circumstantially, plaintiff need merely raise a triable issue on whether her protected category was a “substantial motivating factor” in the termination. “If triable issues of material fact exist whether discrimination was a substantial motivating reason for the employer’s adverse employment action, even if the employer’s professed legitimate reason has not been disputed, the FEHA claim is not properly resolved on summary judgment.” (Husman v. Toyota Motor Corp. (2nd Dist. 2017) 12 Cal.App.5th 1168.)

Temporal proximity (timing): Pretext may also be inferred from the timing of the company’s termination decision, by the identity of the person making the decision, and by the terminated employee’s job performance before termination. (Flait v. North American Watch Corp. (1992) 3 Cal.App.4th 467, 479.) In disability-discrimination cases, evidence that the plaintiff was fired shortly after taking a medical leave of absence supports an inference of pretext. In one case, a high-performing employee with a spotless employment record was terminated just one week after testifying truthfully in an FEHA investigation. In another case, the plaintiff was terminated less than a month after he made complaints of age discrimination and harassment. In both these cases, the timing of the company’s decision to terminate the plaintiff is evidence of pretext.

Violations of the company’s own policies or procedures: Departures from the normal procedural sequence might also afford evidence that improper purposes are playing a role. (Village of Arlington Heights v. Met. Hous. Dev. Corp. (1977) 429 U.S. 252, 267.) For instance, evidence showing that the employer violated their own progressive discipline policies in terminating the plaintiff is evidence of pretext. These progressive discipline policies can be found in the employee handbook or a standalone policy, and usually consist of a verbal warning, written warning, final warning, suspension, then termination.

When an employer skips through the progressive discipline and jumps straight to the termination, it can be used to show pretext. In situations where the employer alleges that plaintiff was “laid off,” an employer’s failure to internally reach out to plaintiff to consider alternative positions within the company despite the company’s practice to do so is also evidence of pretext.

Shifting termination reasons: When a company, at different times, gives different and arguably inconsistent explanations, a jury may infer that the articulated reasons are pretextual. (Dominguez-Cruze v. Suttle Caribe (1st Cir. 2000) 202 F.3d 424, 432.) Showing that the employer has shifted their reason for termination is evidence of pretext. This can be accomplished by showing that in written discovery and its MSJ, the employer has offered arguably inconsistent reasons for plaintiff’s termination. Alternatively, this can be shown through the inconsistencies in deposition testimony of the decisionmaker versus what the employer stated in verified written discovery as to the reasons plaintiff was terminated. These inconsistencies allow the jury to infer that the employer’s articulated reasons for terminating the plaintiff are pretextual.

More often than not, you’ll find that defendant failed to conduct a thorough, fair and impartial investigation by failing to get plaintiff’s side of the story, and failing to interview all witnesses before making the decision to terminate plaintiff.

“Other victim” or “me too” evidence: Similar retaliatory or discriminatory conduct against others supports an inference that the treatment of the plaintiff was similarly motivated. (Johnson, 173 Cal.App.4th at 761-767; Pantoja v. Anton (2011) 198 Cal.App.4th 87, 111-124.) For example, in a disability-discrimination case, evidence that the employer terminated only the individuals who took a medical leave of absence can be persuasive circumstantial evidence of discriminatory intent.

California Rules of Court, rule 3.1350(a)(2) defines “material facts” as “facts that relate to the cause of action, claim for damages, issue of duty, or affirmative defense that is the subject of the motion and that could make a difference in the disposition of the motion.”

For each additional material fact, you will have to provide your supporting evidence, which can include deposition testimony, declarations, discovery responses, and any exhibits. Keep in mind that the defendant does not get to file a reply to your separate statement. (Nazir, supra, 178 Cal.App.4th at pp. 249, 252.)

In responding to each of defendant’s material facts, I will either state that the fact is “Undisputed, disputed, or disputed in part.” Concede to a fact if you can, but only if it is clearly undisputed.

Often, defendant will have material facts that are a misleading half-truth, or only partially true. In those situations, respond by stating that it is “disputed in part.” Admit the facts that are undisputed and dispute the remainder of the section. 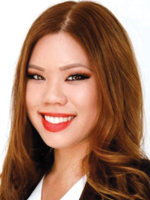