What a historic midterm election! With support from trial lawyers across the country, pro-civil justice candidates prevailed in the elections for U.S. Senate. For the first time in 20 years in a midterm, the president’s party will not lose the majority in both chambers of the Congress.

I am thankful that so many in our trial lawyer community showed up to protect the vote. Over 1,000 AAJ members volunteered through our Voter Protection Action Committee (VPAC) to help people make voting plans, drive people to the polls, work phone hotlines or as poll monitors, answer questions virtually and in person, help with day-of voter registrations, assist voters who had been mistakenly turned away, and more.

The close election outcome means that AAJ’s continued bipartisan outreach remains crucial. We know that bipartisanship outreach works and has led to much success for our lawyers and their clients.

In the new Congress, AAJ will be there to educate lawmakers on the issues that matter to you, such as preserving your state common law remedies; Medicare Secondary Payer; raising the federal trucking insurance minimum; and deducting your business expenses in the year they are incurred.

I would like to share some excellent news on the Medicare Secondary Payer front, which affects all trial lawyers. AAJ learned on October 14 that the Centers for Medicare & Medicaid Services (CMS) – at the request of the Biden Administration – has officially withdrawn a rule that would have increased Medicare Secondary Payer (MSP) reimbursements. More specifically, CMS was proposing a rule that mandates how the Agency would collect reimbursement for medical care that comes after a settlement or judgment.

AAJ sprang into action when we first learned of the CMS proposal and worked with the Administration to explain why a proposal such as this would harm beneficiaries. We also collaborated with allies in the business/insurance community who also agree that the proposal would make it substantially more difficult to settle claims with a Medicare component. AAJ will immediately pivot to fixing the MSP statute as well as fixing the bad Gallardo decision which impacts Medicaid reimbursements.

The U.S. House of Representatives has passed the SPEAK OUT Act (S. 4524), which limits the enforceability of certain non-disclosure and non-disparagement clauses against sexual assault and sexual harassment survivors.

AAJ worked very hard on this issue and strongly supports this crucial legislation that will restore the rights of survivors of sexual assault and sexual harassment not to be silenced. Having already passed the Senate, the bill now heads to President Biden’s desk to be signed into law. Earlier this year, President Biden enacted a law that restored the rights of sexual assault and sexual harassment survivors to seek justice in court instead of being forced into arbitration.

The federal elections weren’t the only nailbiters this cycle. Thirty-six states held elections for governor, and the most tightly contested races largely broke for the Democrats with Laura Kelly (Kansas), Tony Evers (Wisconsin), Tina Kotek (Oregon), and Katie Hobbs (Arizona) winning their elections. Additionally, 34 states held elections for attorney general. Wisconsin Attorney General Josh Kaul (D) held on, as did Nevada Attorney General Aaron Ford. Meanwhile, Iowa’s attorney general flipped from D to R with Brenna Bird’s election and Vermont’s attorney general flipped from the appointed Republican Susanne Young back to Democrat with Charity Clark’s election. The attorney general election in Arizona remains too close to call at the time of this writing.

On the legislative side, 88 of the 99 state legislative chambers were up for election last week. Party control flipped from Republican to Democrat in both legislative chambers in Michigan, delivering the Michigan Democrats their first trifecta in over 40 years. Control flipped from Republican to Democrat in Minnesota’s senate as well, breaking the only split legislature in the country and giving the Democrats a trifecta. Republicans in Wisconsin and North Carolina will not capture a legislative supermajority to override a veto from Democratic governors in those states but will retain their supermajority in Kansas. Republicans will maintain a narrow majority in both chambers of the Arizona legislature, while Democrats are expected to retain control of both chambers of the Nevada legislature, including a supermajority in the assembly. As of this writing, it appears that Democrats will win a very narrow majority in the Pennsylvania House of Representatives, while Republicans will retain control in the state senate.

AAJ continues to file amicus briefs jointly with state trial lawyer associations. AAJ amicus briefs are available at www.justice.org/amicusbriefs. For more information about AAJ’s legal affairs program, email This email address is being protected from spambots. You need JavaScript enabled to view it..

Some highlights of joint briefs filed since July 2022 include the following:

on the issue of whether New Hampshire recognizes the recovery of medical-monitoring damages in toxic-exposure case in Hermens v. Textiles Coated Inc. (N.H., filed jointly with NHAJ Sept. 23, 2022);

on whether in Pennsylvania it was an “error of law” in a products-liability case to prevent the jury from considering the product’s compliance with pertinent industry and governmental safety standard. Sullivan v. Werner Co. (Pa., filed jointly with PAJ Sept. 19, 2022);

in a California case in which defendant Gilead Sciences, a pharmaceutical company, is trying to upend products-liability law and evade accountability for injuries its products caused in Gilead Sciences, Inc. v. Superior Court (Cal. 1st Dist. Ct. App. No. A165558 filed jointly with CAOC Oct. 3, 2022). 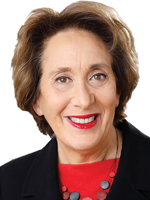