Sigh. This will be my last column in Advocate, as my presidency of the Orange County Trial Lawyers Association comes to an end, and I hand the reins of this wonderful organization off to Lindsey Aitkin Campbell. The OCTLA will be in good hands. Lindsey is a natural born leader and communicator, and I will continue to support her in my new role as “ex-officio.” Lindsey is a bridge builder and team leader and is going to be fantastic. And now Lindsey gets to write these monthly columns . . . be careful what you wish for!

With the end of the year upon us, I got to thinking about this past year and everything we accomplished. Which got me thinking about life. And as you dear readers know, when I start thinking about something, I can really go sideways. Must be some sort of brain damage from too many blows to the head in hockey . . . Anyway, I got to thinking about how I got here, and I had to go way back. This story may meander a bit, but hang in there. It really is going somewhere. And yes, I will tie it into the law with a brilliant segue.

On my 18th birthday, my parents handed me a suitcase and basically told me to “hit the bricks.” I walked out of the house with just that one suitcase. No car, no bike, not even a skateboard to get around. I walked to a friend’s house and couch surfed until a very fortuitous string of events led me to join the army. I spent four glorious years in Panama, growing from a very insecure teenager into the start of my manhood. Up to that point I would have to admit that my “education” was limited. I barely graduated high school, despite flunking out of algebra. I guess the standards weren’t that high back then.

After coming back to California, I immediately enrolled in the local junior college. I consider this the real start of my “education.” That first year at Cypress JC changed my life in some very profound ways. Political science, psychology, and philosophy were my first classes. Each of these courses blew my mind. Especially philosophy. These courses formed the basis for my moral compass and laid the groundwork for who I am today. I knew after that first semester that I wanted to do something with my life that would both have meaning and would benefit other people.

Philosophy 101 really opened some doors in my pea brain. At one point I thought I wanted to be a “philosopher,” but apparently the pay grade isn’t so hot in that profession. You can either teach or sit around and think deep thoughts while serving up grande mocha lattes at Starbucks. I think the statute of limitations must have passed, but I have to admit I cheated just a little bit on the final. For some reason, I could not keep Socrates, Plato and Aristotle straight. So, I wrote “SPA” on my tennis shoe during the final, to keep them in order.

“Okay, Doug, we lasted this long. What in the heck does all this have to do with the law??” Sorry folks but here is my last segue . . . Socrates gave us the following memorable line: “The unexamined life is not worth living.” But do you know why and where he said this? Not many people know, but Socrates was put on trial for his life.

The words were supposedly spoken by Socrates at his trial after he chose death, rather than exile. They represent the noble choice, that is, the choice of death in the face of an alternative. Socrates was tried in 399 BC on two charges – “impiety” against the pantheon of Athens, and corruption of the youth of the city-state. The prosecutors cited two “impious” acts by Socrates: “failing to acknowledge the gods that the city acknowledges” and “introducing new deities.”

Athenian juries were drawn by lottery, from a group of hundreds of male-citizen volunteers. Incredibly, a jury of 501 men likely was the legal norm. Can you imagine how long the voir dire took? Plato said that if just 30 of the votes had been otherwise, then Socrates would have been acquitted and that (perhaps) less than three-fifths of the jury voted against him. Assuming a jury of 501, this would imply that he was convicted by a majority of 280 against 221. Polling the jury must have taken weeks.

After being found guilty, Socrates and the prosecutor suggested sentences for his punishment. Socrates jokingly suggested that he suffer through “free meals” at the city’s central café. He also offered to pay a large fine. The prosecutor argued for the death penalty, and a majority of the jurors agreed. Socrates then uttered the famous line, and downed a poisonous beverage of hemlock.

As I am now in my 60s, I do find myself “examining” my crazy life, why I do the things I do, and why I make the choices that I make. I hope you do too. Just don’t wait until you are 60!

So, there you have it, Dear Readers. My last column. I hope that I have entertained just a bit over this past year. Socrates is also known for saying “I know that I know nothing.” I do know something. I am not going to miss writing these columns! Sayonara, and Peace Out. 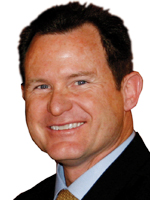