Using deposition testimony to support your motion to compel

Make it harder for defense to justify withholding documents you need

Ideally, I want to have every document and discovery response I need before taking depositions. Unfortunately, I have to wait six months minimum in some of my cases before my motions to compel are heard. As a result, I find myself taking more and more depositions earlier and leaving them “open” on the grounds that I am waiting for certain documents and discovery responses.

In such depositions, I elicit testimony specifically designed to make it harder for defendants to justify their objections-only discovery responses and refusal to give me certain documents. Then, I draft my reply briefs in support of my motions to compel. My first substantive heading in some replies, for example, is: “Deposition Testimony Has Confirmed Documents Sought Here Are Highly Relevant.” I then cite the key testimony that I elicited during deposition.

In some cases, this type of deposition testimony is crucial. I had a case where my client was alleging that the defendants targeted their disabled workers who took time off work (protected by medical leave statutes) by grouping them together in an “FMLA Team.” Thereafter, those disabled employees were allegedly targeted for discipline, including termination. The judge in that case was reluctant to give me all the discovery that I needed about the FMLA Teams.

Deposition testimony helped me justify the broader discovery that I needed. At deposition, one of the defendants’ managers swore that her office mate told her that employees had the perception that the company was specifically moving people who had taken FMLA or disability time off and “a lot of people were frustrated…because they felt that” the “change [was] based off the fact that they were on leave.”

Despite being a manager, the deponent admitted that she did not report this information or do anything to investigate. Another deponent testified that that employee should have reported the matter to human resources or him, as a supervising manager, so an investigation could be initiated; the second deponent said he absolutely would have investigated such information if it had been brought to his attention.

Step 1: Getting admissions you can use in your motion to compel reply briefs

Deponents love to say that they do not remember or recall key information that would be a great admission for our clients’ cases. To combat such a strategy, I like to ask these deponents questions where they absolutely have to agree with me or at least will sound ridiculous if they do not. Here is some PMK/PMQ deposition testimony from one of my cases to highlight how I do this:

Q: And it’s true that Plaintiff verbally informed (_ _ _ _) that she would be having surgery?

In this case, the plaintiff contemporaneously sent an email to the defendants summarizing how she had just verbally informed the defendants about having a surgery. After eliciting the deposition testimony above, I introduced the plaintiff’s email as an Exhibit and started referring to it.

Q: Okay. And do you see where she says: “I will be recovering from surgery”?

Q: And it’s true that Plaintiff verbally informed that she would be recovering from surgery?

Q: Okay. And Plaintiff also said she would be out of the office starting January 21 through January 25, and returning on January 28?

A:  Absolutely not. This is an employee asking for time off.

Q: Okay. You testified understanding that she needed the time off for a surgery; correct?

Q: Okay. So, if she needed the time off for a surgery, she, could not work; correct?

Q: Would she have that surgery to remove something on her face in your office at work?...

Step 2: Anticipate opposing counsel instructing the witness not to answer

To prevent you from getting the admissions you need, opposing counsel may instruct the deponent not to answer based on some objection that does not make any sense. I inform such opposing counsel that instructing a deponent not to answer is improper, unless the question implicates Rifkind, a privilege, work product, or privacy. (Stewart v. Colonial Western Agency, Inc. (2001) 87 Cal.App.4th 1006, 1015; Rifkind v. Superior Court (1994) 22 Cal.App.4th 1255, 1259.)

The Rifkind court found that it is improper to ask a party to state its legal contentions during deposition (and such questions that essentially ask a deponent to apply facts to law on the spot should instead be asked in an interrogatory). (Ibid.)

Step 3: Options if opposing counsel still instructs not to answer

I am including some deposition testimony below to highlight a workplace whistleblower case where I employed all of the above-mentioned strategies. To give some background about this case, I was seeking discovery of a 28-page report. The report detailed the conclusions from the defendants’ third-party investigation regarding whether or not the defendants were complying with the laws governing their business. The defendants produced the 28-page single-spaced report, but everything was redacted other than three sentences relating to the violations that my client blew the whistle about. I wanted the defendants to produce the entire report unredacted, but the defendants were objecting in discovery responses and during depositions. Here is some of the deposition testimony:

Q:  Okay. What findings did ___ make with respect to financial aid regulations?

I knew that the investigation was limited to financial aid practices like those my client complained about. In the deposition testimony below, I elicited testimony confirming this to increase my chances of getting the report compelled:

Q:  Okay. So, is it  ___’s testimony that beyond financial aid regulations, ___ did not review any other violations of state or federal law?

A: I don’t understand really what you mean by “other violations of the law.”

OC: He’s trying to provide more justification for going to ask the judge to order you to produce him the report.

A: Their review would have included compliance with laws, regulations, best practices, all things related to financial aid.

I then asked what prompted the defendants to hire a third-party workplace investigator in the first place. The deponent disclosed that the defendants learned about another violation of federal aid regulations, and she went on to testify about the exact details of the illegal practice. Since the deponent “opened the door,” I was able to get every possible detail about this additional violation of federal aid regulations. Opposing counsel previously instructed the deponent not to discuss that subject area because my client had not complained about this additional illegal practice.

I also learned that the defendants conducted their own internal investigation after learning about the additional violation of federal aid regulations. Since the deponent also “opened the door” with respect to this subject area, I was also able to get every possible detail about the defendants’ internal investigation. Opposing counsel had previously instructed the deponent not to discuss this subject area because that investigation had nothing to do with the illegal practices alleged by my client. Below is some more deposition testimony relating to how the deponent opened the door:

Q: Okay. So, you said that you did a comprehensive review [terminology used because the deponent claimed to have no idea what I meant by “investigation”]; correct?

Q:  Did a comprehensive review of what?

A:    Well, I don’t want to get caught up in the terminology of a comprehensive review. But we knew that there were issues in the Financial Aid Departments that needed to be addressed. We were wanting to ensure compliance with all requirements and all best practices. We had just gone through a significant staffing transition. We were anticipating further transitions. We wanted to make sure that we were doing everything correctly. So, when the report was finished and their work was done, our work continued …to make sure we were following best practices and required practices.

Q: Okay. When did you start conducting this review?

OC: This is about the report and the investigation. So, it’s a narrowly tailored subject that she is being produced for. I’m going to let it go because she did open the door.

Q: Did Plaintiff raise the issue of ___?

Q: How are you aware that Plaintiff raised the issue of ___?

OC: Yeah. So this is no longer a PMK deposition. You are now asking directly percipient questions. And are you asking “you,” as in Ms. ___, or is it ___?

OC: So then, I’m going to instruct you not to answer that question.

Q:  “Yes” or “no,” your best estimate of when Plaintiff identified…potential violation of federal rules and regulations to you was the fall of 20--, correct?

I used the last portion of the deposition to create a record. Here is one example:

Q: Okay. Between the fall of 20--, when this review started, until this very second, has ___ concluded that ___ has committed any violations of state, federal, or local laws, rules, regulations, or guidelines?

OC: Do not answer that question. That is way outside the scope. It is extremely overbroad. It’s irrelevant. And, frankly, you’re asking her – I don’t think that they will, but you’re asking her to potentially incriminate herself or ___ [Corporate Defendant].

ME: And that’s something you invited us to meet and confer about today, and I’m going to do it now. ___ [Corporate Defendant] does not have, you know, a Fifth Amendment right. As for your instructions not to answer, the Code limits them to privacy and privilege. And anything beyond that, a deponent must answer. I’ve explained it. I get your objection. I respect your position. We’ll just worry about that later. So, you will allow me to ask this question, but limiting it to federal student aid issues; correct?

Q: So when ___ started a review in the fall of 20-- until this very second, has ___ identified any violation of local, state, or federal laws, rules, regulations, guidelines with respect to Government-funded financial aid?

A:  Have we identified a single issue that was out of step with compliance on federal, state, or local level? Sure….

ME: This deposition is open for several reasons. Number one, because ___ produced a 28-page document with every single word redacted, other than three sentences. And after we, you know, get supplemental responses to the Round 2 discovery, go to court, do all that stuff, she will be back here for this specific topic. And we are leaving it open.

OC: Will you or will you not agree to an IDC on this issue?

OC: Okay. So, there you go. We’re not going to do any law and motion until we go before the judge on this issue.

At the motion to compel hearing on this above-mentioned issue, opposing counsel just repeated over and over that it would be prejudicial to compel the defendants to produce the entire report unredacted. The judge ruled that the report was not prejudicial merely because it undermined the defendants’ position. The court compelled production of the entire report unredacted.

Deposition testimony is a great tool to make it harder for opposing counsel to justify objecting to important discovery that plaintiffs’ lawyers need. Let’s go get that crucial discovery to maximize the settlement value of our clients’ cases or to help a jury realize how defendants were jerks to our clients. 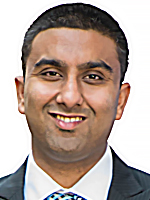 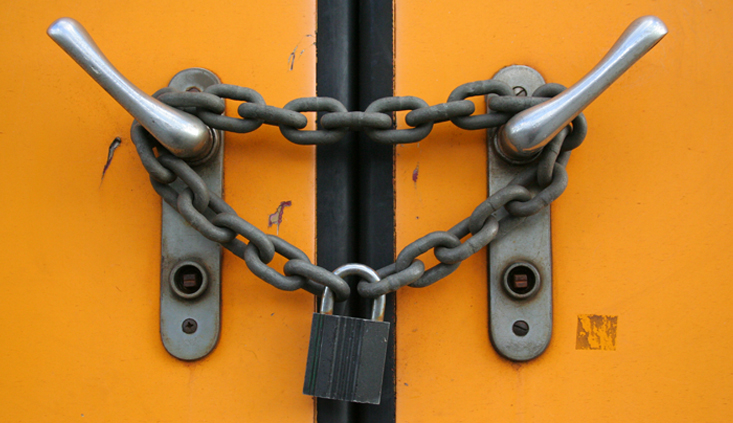