The power of teamwork

You have probably heard by now of the historic Medical Injury Compensation Reform Act (MICRA) deal that has been reached. I was privileged to have had a bit of a front row seat to the negotiations and legislative process (which was really interesting). This 50-years-in-the-making deal was accomplished because of a singular factor – teamwork.

Victims of medical negligence in California today are better off because of the collective efforts of the CAOC leadership and political team, Fairness for Injured Patients (FIPA) Initiative Proponent and CAALA member Nick Rowley, the CAOC MICRA Working Group (which includes several CAALA members) and Consumer Watchdog. This all-star team fighting for the same cause did what had not been done in five decades – they increased MICRA’s limits.

CAOC’s major legislative efforts, the significant pressure Prop 46 put on the medical industry, and its intensive efforts in legislative elections all helped lead to this deal. CAOC CEO Nancy Drabble and Political Director Lea-Ann Tratten have been true professionals on these issues for years, and CAOC President Craig Peters was personally involved in the negotiations. CAOC’s political team of Nancy Peverini, Jacquie Serna, Samantha Helton and Saveena Takhar all contributed to this long-term fight. The CAOC MICRA Working Group of Bruce Brusavich, Chris Dolan, Christine Spagnoli, Doug Saeltzer, Greg Bentley, and Niall McCarthy played a crucial role in providing technical and other advice.

FIPA proponent Nick Rowley personally spent millions of dollars to fund the initiative. In partnership with Jamie Court of Consumer Watchdog, they pushed the initiative to the ballot with a well-coordinated campaign that helped bring the California Medical Association to the negotiating table, where Nick was also personally involved in leading the negotiations.

Each of these individuals and associations played a critical role in securing a successful compromise on landmark legislation that will prevent a ballot fight in November. We owe them our gratitude.

Is the deal perfect? Of course not; only the elimination of any caps would be perfect. But it is an outstanding compromise and saves an initiative fight that would have cost millions more with an uncertain outcome. So, what does the bill do?

1.     One cap for health care providers (regardless of the number of providers or causes of action).

3.     One cap for an unaffiliated health care provider or health care institution that commits a separate negligent act.

At the request of either party, periodic payments can be utilized for future economic damages starting at $250,000 (presently at $50,000).Modifies the contingency fee caps to 25% if the action is settled prior to the filing of an action and 33% if the recovery occurs thereafter. If an action goes to trial, the court has discretion to alter the fee based on good-cause evidence.Protections for providers who make statements about fault prior to litigation.

The bill flew through the committee and legislature and on May 23, 2022, Governor Gavin Newsom signed Assembly Bill 35 into law. It will take effect beginning January 1, 2023. The FIPA initiative will now be withdrawn from the November ballot. Interestingly, this is a change in the initiative process whereas, in the past, once an initiative was on the ballot, it could not be withdrawn.

Fundamentally, MICRA has been about limiting access to justice for deserving victims of medical negligence, and ironically has had the greatest negative impact on the most deserving victims of medical negligence because of the damages cap. MICRA has also had a disproportionate impact on people of color. Ironically, a doctor could run you over in his car and there would be no limits on damages, but if he negligently performed surgery on you, pain and suffering is limited to $250,000. That number has not been adjusted for inflation or any other factor since 1975.

Many med-mal attorneys have had to have very painful conversations with families that if there are no economic damages – whether for a baby, the retired, someone who isn’t working, doesn’t have a life care plan, etc. – then the economics of the case didn’t make sense where the cost of experts could eviscerate the full extent of recoverable damages. The new law will allow a number of these cases to now proceed. It’s really about access to justice. And teamwork.

I am honored to advance our causes on your behalf and to be your 2022 president. As always, I invite you to contact me at any time (This email address is being protected from spambots. You need JavaScript enabled to view it.) with questions or ideas on how CAALA can better serve you. 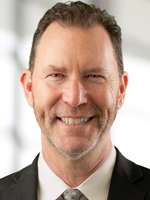 Douglas N. Silverstein is an employment attorney and has won 19 of his last 20 trials, recovering punitive damages is his last 6 trials. He’s been appointed lead class counsel in dozens of wage and hour class and PAGA actions and has impacted the rights of hundreds of thousands employees. He has argued cases in the California Courts of Appeal, Second, Ninth and D.C. Federal Circuits, and has numerous published opinions, including the first California case recognizing FEHA associational discrimination.  For seven years straight, Doug has been honored as one of the top employment attorneys in California by The Daily Journal. Doug is the Immediate Past Chair of the LACBA Litigation Section, where he meets regularly with federal and state court judges, and bar leaders to advance the cause of justice. Prior to becoming an attorney, Doug worked as a sommelier. He coached his kids to the California state soccer championship, until they realized they could go further without him and became hockey players.