The Privette doctrine holds that a hirer generally delegates to an independent contractor all responsibility for workplace safety and is not liable for injuries sustained by the contractor or its workers while on the job. (Gonzalez v. Mathis (2021) 12 Cal.5th 29, 40.) Here, SMC Contracting, Inc. (SMC) hired Tyco Simplex Grinnell, Inc. (Tyco) to install an automatic fire sprinkler system for a development in South Lake Tahoe. During the installation, a Tyco employee, plaintiff McCullar, arrived at work and found the floor covered in ice. While trying to use a ladder on the ice, McCullar slipped and suffered injuries.

McCullar later sued SMC based on these events. Relying on Privette, the trial court granted SMC’s motion for summary judgment. On appeal, McCullar argued that the Privette doctrine does not protect SMC because SMC retained control over Tyco’s work and negligently exercised this control in a way that affirmatively contributed to his injuries. Specifically, he claimed that, because SMC caused the ice to form on the floor and then told him to go back to work after he notified it about the ice, Privette did not apply. Affirmed.

In Hooker v. Department of Transportation (2002) 27 Cal.4th 198, the Court held that a hirer may be liable when it retains control over any part of the independent contractor’s work and negligently exercises that retained control in a manner that affirmatively contributes to the worker’s injury. This exception to Privette includes three key concepts: retained control, actual exercise, and affirmative contribution.

Based on these concepts, McCullar’s retained-control claim fails. SMC’s conduct caused ice to form and required Tyco to take extra safety precautions to account for the ice, but McCullar admits that he was aware of the ice before he suffered his injuries. Once an independent contractor becomes aware of a hazard on the premises, the landowner/hirer delegates the responsibility of employee safety to the contractor and a hirer has no duty to act to protect the employee when the contractor fails in that task.

McCullar claims that SMC ordered him to “go back to work” after he pointed out the ice. But SMC’s general direction to go back to work did not interfere with or otherwise impact McCullar’s decisions on how to safely perform his work. SMC did not, for example, direct McCullar to place a ladder on the ice and then attempt to climb it. Nor did SMC prohibit McCullar from removing the ice. In addition, SMC’s agreement with Tyco authorized it to “immediately correct any and all unsafe acts or conditions that are brought to its attention.” It also required Tyco to comply with SMC’s safety policy, which obligated “[s]ubcontractor supervisory personnel to review each work area prior to commencing work” and eliminate “any safety hazards prior to commencing work.”

“In sum, under our Supreme Court’s Privette line of cases, we conclude SMC delegated all responsibility for workplace safety to Tyco. This delegation included the responsibility to ensure that Tyco’s workers would be able to perform their work safely despite the known presence of ice that increased the risk of falling.” 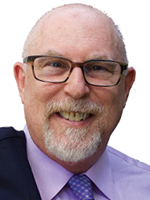