Looking back at the 2022 legislative session – and looking ahead

CAOC had a terrific 2022 at the Legislature. Significantly, CAOC had one of the best legislative years ever to address old, outdated, unfair laws: MICRA and the mandatory auto financial responsibility law. Here’s a look at our key 2022 political and legislative successes this year:

We stopped a proposed initiative that would have capped contingency fees at 20% and forced proponents to postpone an initiative gutting the Private Attorneys General Act until 2024, giving time for a possible legislative solution.

Our outdated mandatory auto insurance limits of $15,000 per individual, $30,000 per accident and $5,000 for property damage, passed in 1967, were in the bottom three nationwide and hadn’t been updated in 55 years. CAOC’s Senate Bill 1107 (Dodd), pending before the Governor, will update the minimum auto financial responsibility limits to $30,000 per person, $60,000 per occurrence and $15,000 for property damage, starting in 2025. The delayed implementation date will give the Department of Insurance time to review any rate increase requests. Further, on January 1, 2035, the minimum limits will become $50,000 for bodily injury or death to one person, $100,000 for bodily injury or death to more than one person, and $25,000 for liability resulting from property damage, bringing California into the top of required minimums nationwide.

Three years of efforts led by CAOC, with very significant involvement from CAALA, other TLAs and individual attorneys across the state, ultimately succeeded in stopping the State Bar’s dangerous deregulatory efforts to allow non-attorneys to practice law without attorney supervision and to allow corporations and apps to practice law and own law firms – at least for now, thanks to AB 2958 (Judiciary Committee). While the State Bar claimed that these proposals will increase access to justice, we know that these proposals will do the exact opposite: They will cause irreparable harm to consumers and damage public trust in the legal system. Any attempts to deregulate the legal profession should be approached with the lens of consumer protection to avoid creating a two-tiered system of justice. Gov. Newsom has until Sept. 30 to sign or veto the bill. It will go into effect immediately if signed.

CAOC has been a leader in authorizing remote access to the courts and worked with leadership and stakeholders such as legal aid and dependency counsel to craft SB 241 (Umberg) in 2021. SB 241 enacted CCP 367.75 authorizing remote access for civil cases. However, due to strong labor opposition, the bill was given a very short sunset of July 1, 2023. This year CAOC sponsored SB 848 (Umberg) to extend the sunset, ensuring remote access can continue. We brought the benefits of remote access to the forefront of the discussion in both the Assembly and Senate Judiciary Committees and will take up the issue again first thing next legislative session to work for the extension to January 1, 2026, to ensure the statute does not expire on July 1, 2023.

CAOC is supporting a number of other bills pending before the Governor as of this writing in mid-September, including:

SB 53 (Leyva) Creates a cause of action for sending pictures of unsolicited intimate body parts.

Other CAOC supported bills already signed by the Governor include:

SB 1037 (Umberg) Requires all physically present participants in a deposition to comply with health ordinances.

SB 1327 (Hertzberg) Creates a cause of action against gun manufacturers. 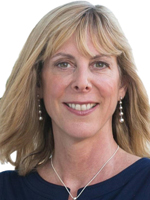