The Act: On March 3, 2022, President Biden signed H.R. 4445, the Ending Forced Arbitration of Sexual Assault and Sexual Harassment Act of 2021. The Act provides that “at the election of the person alleging conduct constituting a sexual harassment dispute or sexual assault dispute, or the named representative of a class or in a collective action alleging such conduct, no predispute arbitration agreement or predispute joint-action waiver shall be valid or enforceable with respect to a case which is filed under Federal, Tribal, or State law and relates to the sexual assault dispute or the sexual harassment dispute.” The Act expressly provides that it is not retroactive. The Act further provides that a court must decide its application to an arbitration agreement before the court can enforce a delegation clause in the agreement.

On the one hand, such a provision is now unenforceable by a defendant, but its presence may deter sexual harassment or assault victims from bringing claims. On the other hand, since the Act provides that such a provision gives the plaintiff the right to elect whether to bring claims in court or arbitration, its presence gives a victim of sexual harassment or assault an additional right, i.e., the right to bring such claims in arbitration is the victim’s choice.

Another open question is what constitutes a “case” or what constitutes a claim that “relates to the sexual assault dispute or the sexual harassment dispute.” Claims of failure to prevent the harassment from occurring, retaliation for refusing sexual advances or reporting sexual harassment or assault, or intentional infliction of emotional distress based on the alleged harassment or assault are likely to be found “related.” Do “related” claims extend to claims in the same action for gender discrimination or failure to provide equal pay? to retaliation or discrimination claims where the alleged sexual harassment is just one component of those claims? to all other claims made by the plaintiff in the action?

The code: In California, on October 10, 2019, Governor Newsom signed A.B. 51. The code created California Labor Code section 432.6, which provides, inter alia, that an employer shall not require an employee or applicant to agree to arbitrate claims under the California Fair Employment and Housing Act (“FEHA”).

The case: On February 10, 2020, the district court found A.B. 51 is preempted by the FAA and issued a preliminary injunction against enforcement of A.B. 51. The injunction prevented section 432.6 from going into effect. Subsequently, the Ninth Circuit in Chamber of Commerce of the United States v. Becerra (9th Cir. 2020) 13 F.4th 766, reviewed A.B. 51 and vacated the injunction.

The court found that the provision in section 432(f) that provides “[n]othing in this section is intended to invalidate a written arbitration agreement that is otherwise enforceable under the [FAA]” means section 432.6 is neither in conflict with, nor stands as an obstacle to the execution of, the FAA. The court also found, however, the provisions of Labor Code section 433 and Government Code section 12953, to the extent they criminalize or provide civil penalties for violations of section 432.6, are preempted by the FAA.

Thus, after Bonta, California law prohibits most mandatory agreements to arbitrate FEHA claims, but such agreements remain enforceable under the FAA, and there are no criminal or civil penalties for violation of the prohibition. How the courts apply A.B. 51, and whether California employers continue to require employees to sign such agreements, are open questions. 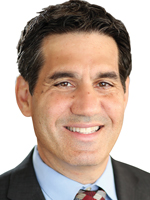 Stephen M. Benardo is a Panel Mediator and Arbitrator for ARC Alternative Resolution Centers. He is also a panel arbitrator and mediator for the American Arbitration Association (AAA), a panel mediator for the USDC Central District of California, and a Resolve Law LA settlement officer for the Los Angeles County Superior Court. After 30 years of experience in employment law, concurrently representing both employers and employees in litigation, general advice matters, and transactional matters, Mr. Benardo’s mediation, and arbitration practice focuses on civil rights cases, wage and hour cases, including class actions, PAGA cases, and employee mobility/unfair competition cases. (steve@benardolaw.com) https://www.arc4adr.com/stephen_m_benardo.php.