You represent a plaintiff severely injured in an assault by two employees of a nightclub. Your client was denied entry to the club, punched by one bouncer, and then kicked by another about two seconds later. You sue the nightclub and bouncers and learn that the bouncers are insolvent, the nightclub is on the verge of bankruptcy, and all available insurance coverage amounts to $1 million per occurrence subject to a $3 million aggregate per insured location. You believe you can substantiate in excess of $2 million in damages at trial. You can’t make the policy demand of $1 million, because you can’t settle the case for $1 million. Mostly you’d try the case and let the chips fall where they may. But what about when discovery into defendants’ financials substantiates the bankruptcy threat? At least in some cases, there is a third option that may be better: make a multiple-occurrence policy demand for $2 million, arguing that two separate acts constituted two occurrences under the policy.

Multiple-occurrence policy demands should be strongly supported by case law to cause the carrier to anticipate the first-party bad faith claim, should the demand be denied. The first step is to clearly articulate the theory of liability. In the assault case at issue here, that amounted to assessing differences in coverage implications between vicarious liability versus negligent hiring, retention and supervision. The law on ‘occurrences’ for purposes of coverage in California differs depending, inter alia, on the cause of action being asserted and the definition of ‘occurrence’ in the policy. We focused on vicarious liability, because before June 2018 case law on whether supervision of intentional acts constitute covered occurrences for employer defendants was not favorable for coverage.

The Ledesma Court reasoned that when a third party sues an employer for the negligent hiring, retention, and supervision of an employee who intentionally injured the third party, whether or not the suit alleges an “occurrence” under the employer’s commercial general liability (CGL) policy depends on whether the injury can be considered “accidental.” (This is because almost all liability policies define an “occurrence” as an accident.) Central to the Ledesma Court’s decision is the proposition that an employer’s negligent hiring, retention, and supervision of an employee are construed as independent tortious acts vis-a-vis the tortious acts of the employee, resulting in the injury, and thus that the employer may be covered by the CGL policy even when the employee’s intentional tortious conduct falls beyond the scope of the policy. The Court reasoned, in other words, that even though the employee’s intentional conduct may void coverage for the employee, the employer’s separate act of negligent hiring, retaining, and/or supervising that same employee constitutes an ‘accident,’ and hence an ‘occurrence’ under the policy, triggering coverage. In cases where two or more employees have engaged in tortious conduct, Ledesma can now be used to support a multiple-occurrence policy demand where two separate acts of negligent hiring, retention, and supervision are alleged against the employer.

Where vicarious liability is a viable theory, other case law applies. Generally, an employer is vicariously liable for the torts of its employees in the course and scope of their employment. (Baptist v. Robinson (2006) 143 Cal.App.4th 151, 160.) Where the risk of injury is “one ‘that may be fairly regarded as typical of or broadly incidental’ to the enterprise undertaken by the employer,” the employer is deemed vicariously liable whether or not the employer breached an independent duty itself. (Id. at 160, quoting Perez v. Van Groningen & Sons, Inc. (1986) 41 Cal.3d 962, 968.) In the context of the nightclub assault case discussed here, the bouncers were clearly acting within the course and scope of employment in denying entry to the plaintiff. Thus, aside and apart from any negligence of the employer in hiring, retaining, or supervising the bouncers, the employer may be vicariously liable for the acts of the bouncers insofar as the bouncers were acting within the course and scope of employment when they injured the plaintiff.

In the assault case discussed here, like in Ledesma, the employer’s CGL policy defined the term ‘occurrence’ as ‘an accident, including continuous and repeated exposure to substantially the same general harmful conditions.’ California courts have generally held that ‘occurrence,’ so defined, means the underlying cause of an injury, not the injury or claim arising from that underlying cause. (Safeco Ins. Co. of America v. Fireman’s Fund Ins. Co. (2007) 148 Cal.App.4th 620, 633; Whitaker Corp. v. Allianz Underwriters, Inc. (1992) 11 Cal.App.4th 1236, 1242-1243.)

When all injuries emanate from a common source . . . , there is only a single occurrence for purposes of policy coverage.

It is irrelevant that there are multiple injuries or injuries of different magnitudes, or that the injuries extend over a period of time. Conversely, when a cause is interrupted, or when there are several autonomous causes, there are multiple “occurrences” for purposes of determining policy limits and assessing deductibles.

Also, in Flintkote Co. v. General Acc. Assur. Co. (N.D.Cal. 2006) 410 F.Supp.2d 875, 892, the court analyzed all uses of the term ‘occurrence’ in a policy with similar ‘occurrence’ language, and determined that based on such usage, ‘occurrence’ means ‘an event that causes and immediately precedes an injury giving rise to liability under the policy.’” Consistent with this view, the court held in State Farm Fire & Cas. Co. v. Kohl, supra:

In determining whether, under a particular set of circumstances, there was one accident or occurrence, the so-called “causation” theory is applied. Hence a single uninterrupted course of conduct which gives rise to a number of injuries or incidents of property damage is one “accident” or “occurrence. On the other hand, if the original cause is interrupted or replaced by another cause, then there is more than one “accident” or “occurrence.”

Applying these authorities to the assault case, we argued that the employer is vicariously liable for two occurrences of assault as each was a separate autonomous cause of injury to the plaintiff. We supported by expert testimony that each act and resulting injury was independently worth an occurrence-limit. Under the causation theory applied in this line of cases, the amount of time between the assaults should be less important than distinguishing the assaults logically as separate acts. In our example, the assaults were within two seconds of one another, but by separate bouncers using different types and amounts of force. The analogy and argument is that the bouncers are not the functional equivalent of one car, driven by one person, careening down the street and causing multiple injuries through uninterrupted conduct, but rather that they are more accurately the equivalent of two cars, each driven by a different person, one causing an initial set of injuries, and the other separately exacerbating those injuries and causing additional harm: two distinct courses of conduct by two distinct actors.

In cases where a third-party plaintiff sues an employer for harm caused by multiple tortfeasor-employees, where the employer-defendant is verifiably otherwise insolvent, and where the plaintiff has suffered in excess of one policy occurrence-limit in damages, a multiple-occurrence policy demand can be a useful tool to pressure the insurer to pay the plaintiff in excess of one policy occurrence-limit. After Ledesma, the multiple-occurrence policy demand should highlight multiple and separate instances of negligent hiring, retention, or supervision resulting in harm to the plaintiff. If the defendant employees were within the course and scope of employment when plaintiff was harmed, and the negligent hiring, retention, or supervision theory is not as strong, established law on vicarious liability and definitions of ‘occurrence,’ ‘accident,’ and ‘causation’ in case law on coverage can support an effective multiple-occurrence policy demand for the plaintiff.

The author wishes to express thanks to Arnie Levinson and Alex Stuart for their thoughts and discussions on these topics. 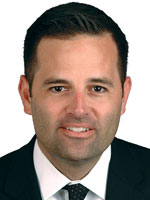 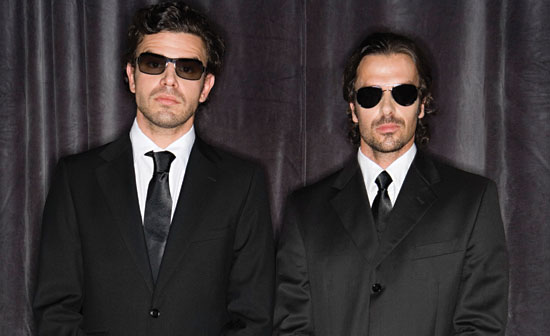