This pandemic year has been particularly tough on employees and the lawyers who serve them. Some employers have used the guise of the pandemic as pretext to mask their discriminatory termination practices. Even the lucky employees who have kept their jobs have reason to fear asserting their rights lest they, too, face the axe. And the brave employees who do take a stand face the harsh realities that trials have come to a halt with drastic negative effects on the ability to obtain even minimum redress due to reduced employer incentives to settle.

As if this were not enough, our legal industry is being targeted by well-heeled business interests using exaggerated claims of undue gaps in “access to justice” as an excuse to achieve major de-regulation of the legal profession for their own financial gain. Accounting firms and “big tech” companies are already in the process of forming “law firms,” awaiting passage of new laws to allow them to own law firms and share in legal fees. Proposals include permitting non-lawyers to practice law – and of especial concern – to conduct trials of employment cases in Superior Court.

The State Bar has convened Paraprofessional Program subcommittees to investigate areas of the practice of law where there is a perceived need for such de-regulation. The Bar’s stated interest is the laudable goal of expanding “access to justice.” But, unfortunately, the proposals being bandied about are “cures” far worse than the disease. The fundamental notion of non-attorneys practicing law raises a host of concerns including oversight, ethics, accountability, privilege, and malpractice insurance issues.

By definition, however, corporations providing legal services will owe their primary loyalties to their shareholders – not to their alleged “clients.” These conflicts appear irreconcilable. Thus, there is good reason to be quite concerned that the type of de-regulated legal practice being pushed for by huge private business entities will produce the same societal “benefits” as our de-regulated prison system. The “cure” will fix little that needs fixing while creating major problems we cannot even begin to comprehend.

Solutions to the problem of meaningful access to justice must be found through a combination of greater government aid to the needy, non-profit charitable funding, use of paralegals or other trained professionals working under the supervision of lawyers, or other creative solutions that are not driven by the profit-incentives of corporations seeking to maximize profits.

This process is unfolding now, and we cannot know how it will play out. We urge concerned attorneys to get involved and to aid CAALA, CELA, CAOC and other legal associations to make sure that profit-above-all-else not be allowed to become the business model for legal services. You can be more informed by signing up for email notifications and agendas for the State Bar’s California Paraprofessional Program Working Group subcommittees at https://board.calbar.ca.gov/Committees.aspx. Without your active involvement, the cherished idea of law as an honorable “profession” may become as quaint as the once-taken-for-granted notion that more people voting in elections is something to be cherished, not suppressed.

On a happier note, we wanted to inform you about two extremely important recent appellate cases that our firm had the privilege of handling. Each will hold public entities to account for their wrongdoing. First, in B.B. v. County of Los Angeles (2020) 10 Cal.5th 1, the California Supreme Court reversed an appellate court ruling that had apportioned the jury’s $8 million noneconomic damages award in a way that rewarded an intentional tortfeasor at the expense of his victim and co-defendants.

Factually, the case was eerily similar to the George Floyd murder. In B.B., the excessive force of a Sheriff’s deputy slowly and intentionally ended the life of a fully restrained black man named Darren Burley. The appellate ruling – which erroneously interpreted principles of “Proposition 51” comparative fault – had denied Mr. Burley’s five children 60% of the recovery the jury had awarded (and which the Sheriffs’ Department would have had to pay for.) One key aspect of the case was Justice Liu’s passionate concurring opinion (joined by Justice Cuellar) stating that Mr. Burley’s “death at the hands of law enforcement is not a singular incident unmoored from our racial history.” He also noted that while the Court’s ruling allowed the victim’s family full economic recovery, far more needs to be done to redress state-sponsored violence against African Americans. Besides advancing the criminal justice system and saving innocent lives, these concepts of institutional racism may prove useful in briefing and arguing employment cases involving racial injustice.

The second important case involves the published opinion in Sargent v. Board of Trustees of California State University (Cal. Ct. App., Mar. 5, 2021, No. A153072)      _ Cal.App.5th _. Sargent’s holding, as a matter of first impression, confirmed that the Private Attorneys General Act (“PAGA”) (a form of qui tam action) does apply against public entity employers. Our whistleblowing client had suffered retaliation at the hands of his employer, CSU, after he raised environmental concerns (the presence of asbestos and lead paint) at Sonoma State University. Besides its importance as a PAGA precedent, the case will have especial value on another level. The Court of Appeal upheld a $7.8 million attorney’s fees award (under a public-benefit theory), including a 2.0 lodestar multiplier. Although the court’s analysis of the fee issue was in the unpublished portion of the case, the size of the award will prove quite important for another reason. All too often, defendants – and superior court judges – undervalue contingency plaintiffs’ claims for reasonable attorneys’ fees. In mediations, settlement conferences, and other settings, plaintiffs’ counsel can use the fact of the fee award’s size as food for thought and a tool for argument. 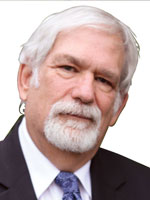 Norman Pine is a founder of the appellate firm Pine Tillett Pine, specializing in plaintiff-side appeals with an emphasis on employment matters. Norm Pine has been editor of the Advocate Employment Law issue since 2001 when he took over for legendary employment lawyer Joe Posner. He and his wife and law partner, Beverly Tillett Pine, founded the appellate firm of Pine and Pine, predecessor to Pine Tillett Pine.  Norm was named CAALA’s Appellate Lawyer of the Year in 2003 and, jointly with Beverly, won CELA’s “Joe Posner” award in 2008. 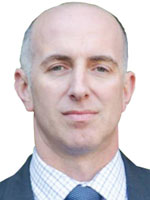 Scott Tillett is a partner and co-founder of the Los Angeles-based appellate firm, Pine Tillett Pine LLP. His practice is devoted exclusively to handling civil appeals, both state and federal. A graduate of USC Law School, he has been recognized by Super Lawyers as a Rising Star in appellate law in both 2016 and 2017.